DEDICATED charity leader Ben Cahill has received a League of Mercy award for his tireless work for the most vulnerable members of society.

Mr Cahill has devoted himself to the Anerley Across charity for nearly 40 years, an organisation he founded in 1982 which runs pilgrimages to the Catholic Marian Shrine of Lourdes in south west France for those needing special care.

The organisation brings people who are sick or disabled - whom they call ‘VIPs’ or ‘very important pilgrims’ - to Lourdes, accompanied by a doctor, nurses, a priest and helpers.

They travel in the charity’s ‘Jumbulance’ - a unique vehicle with ambulance status, specially constructed to carry their guests. 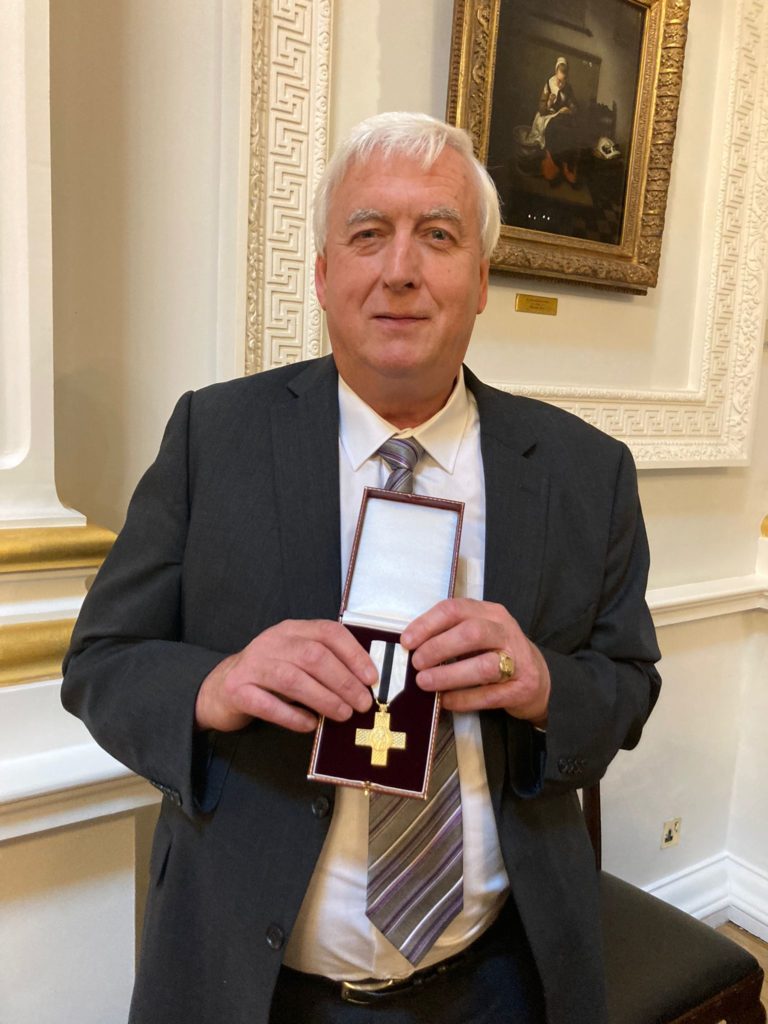 Ben Cahill pictured with his award

Mr Cahill, a well-known face among the Irish community in London, received his League of Mercy award on Friday, September 10 at the capital’s Mansion House.

The award is given to up to fifty people annually who have delivered distinguished voluntary work within areas of care, which include the sick, injured or disabled.

Over the years Mr Cahill’s work with Across has seen him raise funds to take more than 40 groups to Lourdes and Rome, including more than 380 of his VIPs.

The charity leader raises all the funds and organises every detail of the journeys, such as the preparation of paperwork and arrangements for the 24/7 care of his guests, himself.

He runs sponsored marathons and organises fundraising activities to pay for those he brings to experience these life-changing and spiritually inspiring excursions. 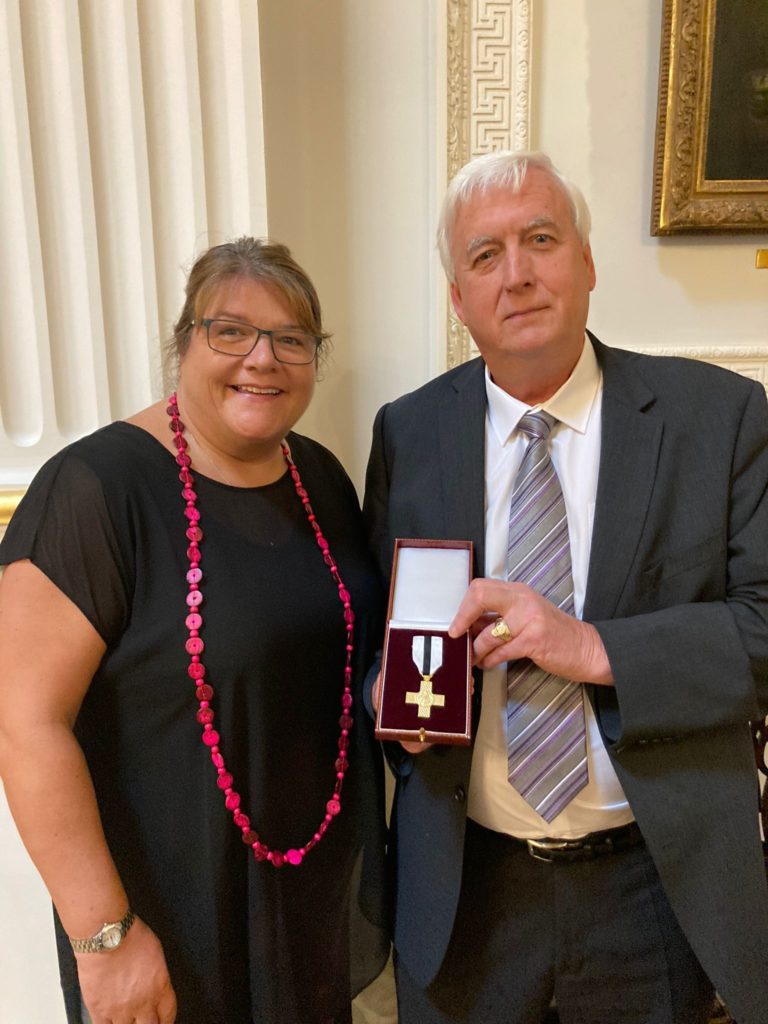 Debbie Hourihan, General Manager at Across, with founder Ben Cahill

Those nominated for an award were given a medal known as the Order of Mercy.

The ceremony ended with an informal afternoon tea enjoyed by all present.

Regarding his award, Mr Cahill said: “I feel very privileged and honoured to receive this award for my work with Across.”