THE esteemed art critic John Berger once declared that 90 per cent of the paintings in history weren’t worth looking at, that whatever was there on the canvas didn’t merit a second glance.

He was right, of course, and this judgement extends to all other art-forms, but this does mean that the remaining 10 per cent are to be more cherished and valued.

Therefore, with this in mind, after a year spent watching more films with Irish themes than most viewers are fortunate to see, the following are the 10 that I found most entertaining or edifying.

There are some movies omitted that arguably could be included but the number must be limited somewhere, albeit arbitrarily.

At number 10 I would place Michelle Deignan’s Breaking Ground, which tells the background history of the London Irish Women’s Centre.

The LIWC often endured on sparse resources and Deignan’s film similarly does much with very little, a creative fusion of montage, archive and oral history.

At nine is Ben Lewin’s The Sessions, a biopic of Irish-American poet Mark O’Brien who was stricken with polio in childhood and spent his life mostly in an oxygen tank.

John Hawkes gives an extraordinary performance, mostly lying flat on his back. Contains the line: “What some men would give for an erection like yours.”

At eight is the engaging social-realist melodrama Broken. Scripted by Dubliner Mark O’Rowe, it stars 13-year-old Eloise Laurence as Skunk Cunningham, a girl on the fringes of adolescence dealing with sexual and social tensions.

There’s also strong acting from Tim Roth and Cillian Murphy, who gets his pretty nose busted well out of joint.

At number seven is Danish director Susanne Bier’s Love is All You Need, a rom-com, family saga with Pierce Brosnan as an isolated millionaire canoodling with the vulnerable Trine Dyrholm — funny, subtle and moving.

Who knew Brosnan had it in him?

At six is the futuristic war adventure How I Live Now, in which a convincing Saoirse Ronan heads an impressive young cast.

At four is Steph Green and Ailbhe Keogan’s festival hit Run and Jump that stars Maxine Peake as a young wife and mother rocked by the stroke suffered by her husband. It’s a delicate expose of both the frailties and strengths of family ties.

At three is Clio Barnard’s grim but great reworking of Oscar Wilde’s fantasy The Selfish Giant.

Set in her native Bradford, Barnard’s film is produced by Tracy O’Riordan’s Moonspun Films and reveals the lives of this country’s struggling and forgotten underclass, through the terrifying experiences of two 11-year-old boys.

The terrifying experience of young boys is also the focus of the film at number two. Alex Gibney’s Mea Maxima Culpa is among the finest moral documentaries, exposing the systematic abuse suffered by pupils at a Wisconsin Roman Catholic school for deaf children.

Subtitled ‘Silence in the House of God’, the film humanely parallels the silent agony of mute victims alongside the obstructive taciturnity of the Church’s hierarchy — way up to the Vatican.

Before revealing the number one film, I’d like to broaden the field to mention Hannah Arendt, which guides us to the origins of Arendt’s pithy phrase ‘the banality of evil’. 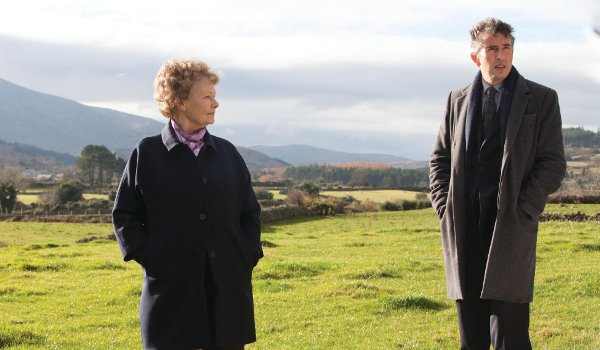 Martin McDonagh’s Seven Psychopaths and Quentin Tarantino’s Django Unchained are good, though not their best.

But we must go back to January for the top film this year, indeed the top story of 2013, for both Irish and international concerns. The film is Spielberg’s Lincoln, for which Daniel Day-Lewis won a third Best Actor Oscar.

In this, Day-Lewis made cinema history, which is apt as the narrative expertly recreates the mixed morality and political cajolery that saw the abolition of slavery in America. “Slavery, sir! That’s done,” the president avows.

Having cited the best, and as it’s the festive season, we should pluck a turkey or two. A Good Day to Die Hard (with Bruce Willis) and The Hangover III are a pair of lame ducks if ever there were, both so fatuous and vacuous all the sage-and-onion in the world couldn’t stuff them.

Such sequels remind us that Hollywood will exhaust a film franchise until viewers begin to regret seeing the original movie.

A hoary cliché of Christmas entertainment is that the schedules offer up the same old film fayre. Nevertheless, one reason this seasonal cycle entices us is that the movies are very effective at reflecting our need to be infused with magical spirit, at least temporarily.

So, among the classics back in cinemas this year you can see White Christmas (1954), with Bing Crosby still lullabying to beat the band, Maureen O’Hara in Miracle on 34th Street (1947), a moral parable that cleverly suggests Christmas is both a vital and a ludicrous tradition and the Muppets Christmas Carol (1992), which gleefully proves that very point.

Best of all is Frank Capra’s soul-enriching It’s a Wonderful Life (1946), in which James Stewart truly gives a timeless performance as George Bailey, a thoroughly decent everyman struggling to save his small-town bank from the fangs of corporate finance.

“Every time a bell rings, an angel gets his wings,” the inspiring line opines. If only we could believe in such idealism all year round.