IT’S an exciting time for Londoner Tom Holland, the latest actor to don the legendary Spider-Man suit and portray the iconic superhero.

His new film Spider-Man: Homecoming arrives in cinemas in Britain and Ireland on July 7, while he’s just finished filming his role as Spidey in Avengers: Infinity War – out next year.

The 21-year-old was born in Kingston upon Thames to mum Nicola and dad Dominic Holland – a well-known comedian whose mother Teresa Quigley was a nurse from Ireland.

In an interview promoting his new blockbuster, Tom spoke fondly of his Irish grandmother and his affection for the Emerald Isle’s capital city.

"My granny is from Tipperary," he explained to RTÉ Entertainment's John Byrne. "She's got so many brothers and sisters.

“I've got a huge family back in Ireland, and I've made loads of movies in Ireland. I've made Pilgrimage – where I actually had to speak Gaelic – and I was shooting in Belfast as well.”

He added: “Dublin is one of my favourite cities. It's an absolutely amazing place." 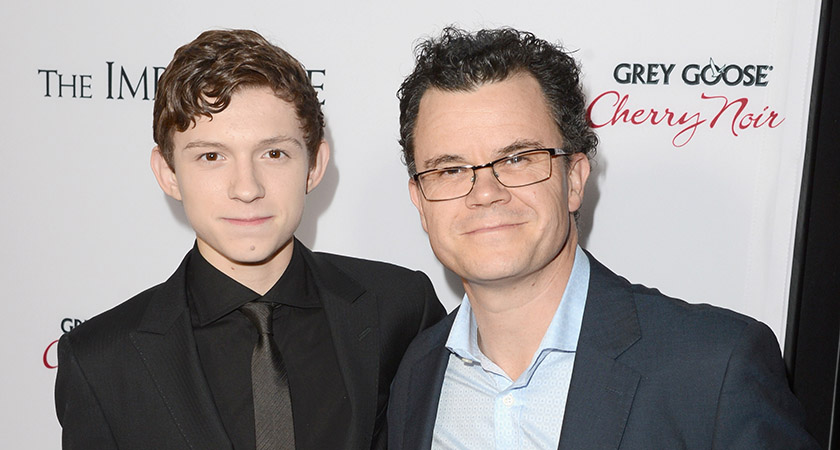 Tom's dad Dominic Holland is a famous comedian born to an Irish mother in London. (Photo by Jason Merritt/Getty Images)

Pilgrimage – a film about a group of Irish pilgrims travelling on a treacherous journey to Rome – was filmed mainly in the west of Ireland and rolls out of cinemas in August.

Jon Bernthal (The Walking Dead) and Richard Armitage (The Hobbit) will star alongside Holland, who plays a novice monk called Brother Diarmuid.

As for taking on the role of Spidey, Holland said getting to play the iconic character was a dream come true as a lifelong fan of the Marvel Comics character.

"I feel like I've been playing Spider-Man my whole life. He's a character I've been pretending to be in my bedroom since I was a kid – so I've been preparing for this forever, I think,” he said.

"But to be 21 and to be given this opportunity, I'm so lucky man. I love the fact that Marvel were brave enough to give me this responsibility and I look forward to doing it in the future.

"I was a huge fan as a kid – an absolutely huge fan. And I literally love the movies, and I'm just so glad that I get to be a part of one."

"This isn't just a super hero movie," he adds. "If you strip away everything Spider-Man then you have a good, well-rounded high school movie."

To see the full interview with Tom Holland, click here