WE all know that life can be very fragile. The old joke — how do you make God laugh? Tell him your plans — springs to mind on occasion.

When things are going really well, it can sometimes seem that a setback can be just around the corner.

After that, he tragically lost his father-in-law, Majella’s dad.

It’s understandable then he recently announced that he will shortly be taking some time away from his career to relax, reflect and be by his wife’s side.

I caught up with the Donegal man — who has had an album in the British charts every year for 28 years — just after his appearance on Sky TV with Eamonn Holmes.

Joe Giltrap: Daniel, it must have been a huge shock to learn of Majella’s diagnosis?

Daniel O’Donnell: Well, it is a devastating shock but you know it’s strange really when you are in the middle of it. It’s a kind of a process then and you are sort of caught up in it and all that’s being done — maybe more for her than for me because she is going through it all.

But even for me you are not thinking long term because you are just thinking about the next thing to be done, such as the chemo, then the surgery and different things.

JG: Was that when you decided to take a break?

DoD: I want to stress that this is not retirement — it’s just a sabbatical. I just thought to myself you don’t know what the future holds or is going to bring. I suppose we are in a lucky position that we can afford to do this and have a bit of free time, whereas lots of people probably couldn’t do it.

We are privileged and blessed that we can take time out from what we are doing. Our plans for the latter part of last year and early this year were certainly not at all what ended up happening. You have to take what comes and deal with it as best you can.

That’s the motivation for the break I suppose, to take a bit of time to relax and enjoy.

JG: You are taking a two-year break but two years just flies by...

DoD: I know. But at the same time from my point of view I haven’t done this before.

I’ve had breaks of a few months here and there but even if you had six months off you’re still looking at what you are doing when you come back. When I finish next February, I will actually have nothing booked. 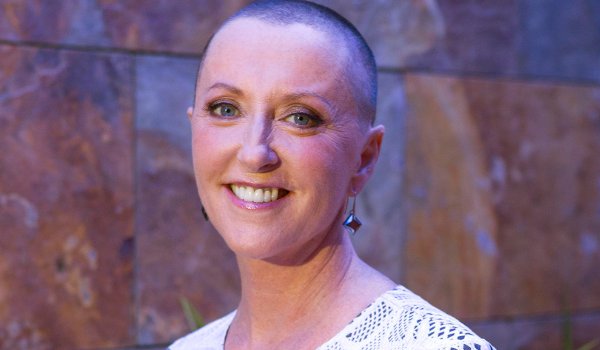 We may look nine months later and see what we will do and where we will go when we start back. I suppose it’s going to be a great sense of freedom, maybe I’ll not be a bit happy about it but I think I will. We plan to enjoy it and have time at home and in Tenerife and a bit of travelling, but more time settled than travelling.

JG: You have spent so much time travelling over the past 30-odd years, will this give you a chance to recharge your own batteries?

DoD: Yes absolutely. That’s really what it is I suppose. It’s a combination of things. We kept going really because we felt that it was the best thing to do and not just be dictated to so that you just cave in because this diagnosis was given. This break is a decision. It’s a choice and please God it will work out as planned.

JG: What has been the reaction of your fans to the news that you are taking a break?

DoD: I have to say very little negative — probably more disappointment that they won’t see you for a while rather than negative.

When I made the announcement we were in Australia and New Zealand so between now and when we stop in February we will have been in every country that we have visited over the years. We will be in the UK, America and Canada, Ireland in August and a few shows, such as Branson, in Missouri, so lots of people will get a chance to see us before the break.

I’m also doing a show in Aranmore Island. That was one of the first places we started out so I decided I would do a show there just because I’m taking a break. It’s nice to do special things — there will only be about 160 people at it — but it’s lovely.

JG: What is the last date you do?

We would normally do an autumn tour in the UK but when Majella got sick, we decided not to do it so we also have some time off before the final dates.

JG: Given that music has been such a major part of your life, will you miss it during the break?

DoD: I’ll be happy to have a break but obviously I love the music so it’s not that I’m fed up with it or anything — there’s always new things happening.

For example, I just did a show in Sri Lanka for the first time. I have never been there before and it was amazing to see the amount of people — 4,000 people came, which was terrific.

JG: That just shows you the power of music. Isn’t that quite astonishing?

DoD: Yes it is. There is no colour, creed or race that is excluded from music. It doesn’t know any boundaries at all.

JG: You must have seen massive changes in the whole music business since you started. For example, have advances in technology changed people’s expectations?

DoD: Oh absolutely.  When I started out the speakers were small and maybe they didn’t hear it so well at the back of the hall but they were dancing at that stage and once there was a bit of a drum going they were able to keep the beat.

But now, people have sound systems that are top-notch, and rightly so. When people go to a concert the sound has to be right.

I remember in my teenage years I used to work in the marquee in Dungloe in the summer. I would do the mineral bar and you would barely hear the band down at the back. You could hear them more on the street than you could at the back of the tent. It was a different time I suppose and people didn’t care then.

JG: Do you ever miss the dancehalls?

DoD: I did love the dancehalls and every so often I have a wee mad fit and think wouldn’t it be grand to do a dance again but I don’t know if we will ever do it. I suppose our audience is that bit older so whether we would have a dancing audience or not, I don’t really know.

Maybe before I finally hang up the shoes, I’ll do a dance sometime. The dance scene in Ireland is very good again now. You have the likes of Derek Ryan, Nathan Carter and John McNichol and others who are getting huge crowds.

JG: I suppose the venues have changed too?

DoD: Yes. I suppose the mistake that was made was that the bars did not go into the dancehalls. They didn’t adjust. It was probably seen at the time as being detrimental but in fact it would have been a good thing as people went where the drink was anyway, so the dancehalls died.

I’ve been at a few dances of the younger singers and there are teenagers dancing as they were thirty years ago, so it’s picking up again.