"I LOST my baby and I hate everyone in the world for not knowing or caring," is the impassioned protest of Christine, a woman in the throes of the grieving process in Dave McKean's intricately-woven Luna.

Christine is played by Dervla Kirwan opposite Ben Daniels as her husband Grant. In attempting to alleviate their sorrow and disillusion on the death of their infant child, Christine and Grant visit their old friend Dean (Michael Maloney) at his coastal home, where he lives with his beautiful girlfriend Fraya (Stephanie Leonidas), a good 20 years his junior.

In a movie containing little story and zero plot twist, these four characters give convincing illustrations of relations between men and women, friends and lovers, and of the accompanying and enduring connections, resentments and tensions.

This is one of Kirwan's rare appearances in cinema. Like many Irish female actors, she is shamefully underused. In Neil Jordan's Ondine (2009) she was the embittered ex-wife of Colin Farrell's wayward fisherman. Last year she played a psychic investigator in Steve Stone's Entity, which earned her the thumbs-up from horror-genre aficionados.

Kirwan is more prominent in television. It's almost 20 years since her most celebrated role as Assumpta Fitzgerald in Ballykissangel, in which the sexy and feisty barmaid caused village priest Fr Peter to deeply doubt his vows of celibacy. Her best TV work, however, was as discontented Emma in the lower-middle-class networking drama Hearts and Bones.

As Christine in Luna, Kirwan is involved in similar themes of family and friendships, but the style of narrative is markedly different. The tone is more bohemian than petit-bourgeois and the dynamics are flavoured more by magic realism than social realism.

McKean has an unusually creative imagination, being an illustrator, graphic artist and song-writer as well as a film-maker. He makes full use of his polymath skills, interlacing the live action with delicate wispy animations and watery fantasy sequences. As Christine and Grant struggle to come to terms with their loss, the narrative begins to blur their distinction between realism and surrealism - materiality and spirituality. 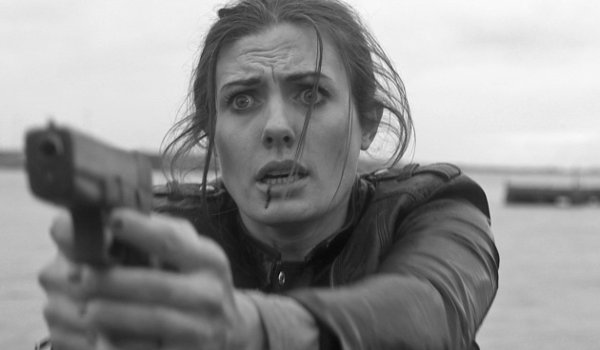 McKean's movie stirs reminders of Nicholas Roeg's Don't Look Now (1973), though the bereaved parents are less haunted by guilt. There's also something of Guillermo del Toro's mystical Pan's Labyrinth (2006), with its sense that wild dreams might be a means to cope with anxiety.

Luna also calls up German Expressionism and classics like Murnau's Nosferatu (1922) and Wiene's The Cabinet of Dr Caligari (1920), implying that mental hallucinations might be a perfectly natural, if unsettling, reaction to trauma. As Christine and Grant start "seeing things", they seem more fascinated than fearful.

Despite these allusions the film is original. The wondrous imagery fuses with more down-to-earth stuff. Characters eat, drink and play football. They get drunk and bicker. Dormant disagreements get reawakened and secrets uncovered.

There's no real sexual tension between the couples but the movie is about sex - the metaphor of the pagan moon symbolises procreation and regeneration as a dark but beautiful process. Luna is a composed and contemplative movie, life-affirming and uplifting, free of unnecessary spectacle but full of insight. It doesn't light up the night sky but it does illuminate some dark corners.

If Luna subtly summons up early Expressionism then Alan Walsh's Spider's Trap moodily evokes film noir (Expressionism's troublesome child). Featuring a cast of relative newcomers the story follows the fortunes of a gang of Dublin crooks as they carry out the heist of a lifetime.

When Jack Spider (Alan Sherlock) gets out of prison he's determined to snatch a diamond cache before heading for the sun, and to help him he recruits former accomplices Steve (Glen Baker) and Jazzer (Dermot Magennis) - sometimes with persuasion, sometimes at gunpoint.

Much has changed in the nine years that Spider's been inside. Jazzer has married and become a dad (several times over) and Steve has developed a singing career that promises to take him away from the slimy world of crime.

He's also lost his young wife to an untimely death and is raising his daughter with the help of Sharon (Sarah Carroll), his deceased wife's beautiful but unstable sister. It's a strong story set-up, with the potent mix of compromised morality that is the essence of noir.

The picture's weakness is that its potential isn't fully realised. Like many Irish films it's flawed by partially developed themes, half-baked characters and inconsistent tone. It stars Simon Delaney, for instance, who never fails to subtract more from a movie than he adds.

Delaney plays a comic security guard, to pale effect. It's not that comedy cannot enhance film noir - see the Coen brothers' Blood Simple (1984) or Jim Jarmusch's Ghost Dog (1999) - but it must be black as night to do so.

Yet Spider's Trap is elevated by the performers who play the gang members, particularly the mostly unknown Sherlock, whose Spider is an engrossing blend of craftiness and cynicism. Walsh's black-and-white cinematography is also visually striking, capturing Dublin in eerily evocative shades of chiaroscuro.

Spider's Trap is entered for January's Sundance Film Festival and we should wish it all the best. Dervla Kirwan can be seen in Dave McKean's Luna from Friday, October 3