Des Bishop: ‘If you think Irish people are repressed, try living in China’

DES Bishop is just back from the experience of a lifetime, living and studying in Beijing for a year, and TV viewers are about to see how he fared in the Chinese capital.

The 38-year-old Irish-American comedian lived with a local family for 12 months, attending lectures every day and learning the language from scratch.

The ambition was to perform a stand-up comedy show in Chinese at the end, in much the same vein as he did ‘as Gaeilge’ in In The Name of the Fada after his sojourn in Connemara learning Irish.

Des Bishop: Breaking China is a six-part series on RTÉ1 which gets under way on April 10 and he describes it as “one of the toughest challenges I have ever faced”.

“It’s a country that takes up a lot of space in our media, but it only really gets coverage for three things,” Bishop told me after he landed back in Dublin.

“All we ever hear about China is their human rights record, their ‘booming’ economy and how it’s not sustainable, and how their capital suffers from pollution. That’s pretty much all the news we get out of that country.

“I just wanted to give one-fifth of the planet a bit more personality. So really it’s a story about Chinese people more than me learning their language.”

Most people would be daunted by the prospect of learning a new language, but not Bishop. He throws himself into it and the results are a joy to watch. (We went to school together in Co. Wexford and he was always a quick learner, annoyingly so!)

He got to grips with the language quickly because it was his “full-time job” to do so.

Bishop added: “I was able to put every ounce of my time into it. I had serious motivation to do it. I just knew that a lot of people back home would be watching it, so that was a good motivator. The language was hard to learn but everything went in my favour. The camera followed me for about 40 per cent of the time, five months out of the 12 maybe.

“The TV experience was very different to everything else. My goal at the end of it was to be able to do stand-up comedy in Chinese, but there is no stand-up there. It’s an entirely new phenomenon in China, one that nobody has any experience of. So in that way I was breaking new ground.”

Bishop is an accomplished live performer with 17 years on stage to his credit, so while he didn’t lack in confidence, it was a matter of slowly breaking down the language barrier.

“I’d a massive disadvantage really in that my Chinese was entry level Chinese. But the experience of doing stand-up for years in Ireland helped me. I always feel like I have a fearless confidence on stage and they responded really well to that.

“I was able to do basic jokes but have a really good effect, so that worked well. They are used to seeing a foreigner speak really good Chinese and there I was speaking terrible Chinese! But they responded well to me.

“Everybody told me I wouldn’t be able to do it. People think about things too much. I just went and tried it. People obsess about humour and different senses of humour. The main difference, I would say, is in cultural references and language.”

So do the Chinese have a good sense of humour?

“Of course they do. And I tell you what... you’d need it to live there! Seriously.”

Living with a Chinese family brought its own challenges too, though Bishop did his best to fit in with his hosts — and their grandmother. “Yeah, she lived with them too. They were quite a middle-class family, wealthy by most Chinese standards. One child, obviously, and the grandmother living with them.

“They were perfectly fine, to be honest. I mean, when I lived in Connemara I lived with a crazy Irish family!

“My Chinese family were very normal, they were great. I was able to chat with them after a while. It was a functional way of life. They spoil their kid, which is a stereotype that’s true. The dynamic between the parents and the grandparents was interesting, there was always somebody giving in.

“Kids in China get away with a little more than they do in Ireland, but all that changes when they go to school.” 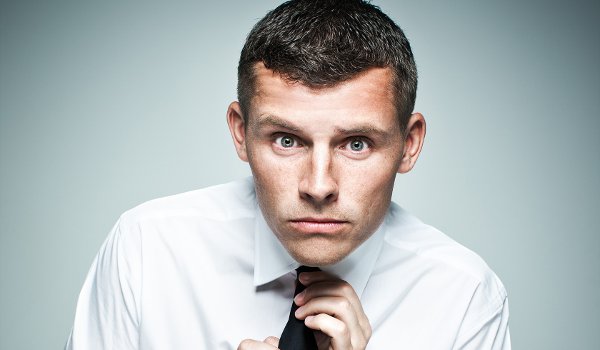 The cameras were on hand to record Des’ first stand-up appearance in China, though it came a bit earlier than he had anticipated.

“The first time was an accident really. I was with some friends and they forced me to go up and do it. I hadn’t even prepared, I had only gone along to watch. Then... wow!

“It was good to get up there, though I’m not sure they could understand me that well to begin with because my pronunciation was so bad.”

It’s often said that laughter is a universal language and with this new six-part series Bishop goes a long way to proving it.

He added: “Coming out of yourself in China is very much frowned upon.

“A lot of the time they were asking me how to be more expressive on stage.

“It was massive fun and I enjoyed it so much. I hope Irish viewers get a laugh out of it and maybe people will learn a bit more about China too.

“It was an amazing year. China and the Chinese are complex, but I learned new stuff and I laughed a lot. What more do you want?”