IRISH actor Domhnall Gleeson has fuelled rumours that he may star alongside his father Brendan on the big screen, once again.

“I’ve got to keep my mouth shut for the moment, but maybe some time in the next year we might get working on something, that’d be fun,” the About Time leading-man revealed.

The pair previously worked together on Calvary, in which they both performed in front of the camera, and earlier in Noreen (2010), where Domhnall wrote and directed his father in his short film about two Gardaí.

Speaking to The Irish Post on the red carpet at London’s O2 on the first day of Sundance London, where he was promoting his new film Frank alongside Michael Fassbender and director Lenny Abrahamson, the enthusiastic star spoke of potential opportunities for his family to reunite for audiences in the near future.

“We’ll figure it out, my brother Brian is a tremendous actor also, so we’re working on it, we’ll see what we can come up with,” he added. 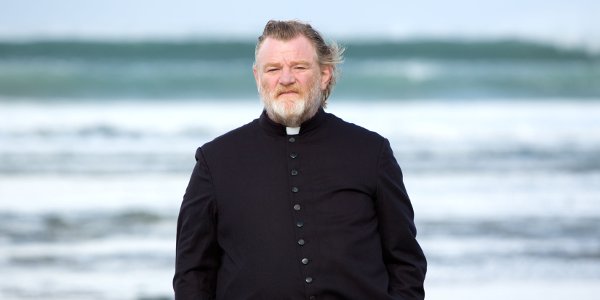 There have been rumours that the Gleesons will be brought together for upcoming film At Swim Two Birds, a film adaptation of Irish author Flann O’Brien’s novel of the same name.

Domhnall’s current film Frank is an offbeat comedy where he plays Jon, a young and ambitious musician, who is recruited as a keyboardist to join an eccentric pop band led by the mysterious and troubled Frank (Fassbender), a musical genius who hides himself inside a large fake head, and his terrifying bandmate Clara (Maggie Gyllenhaal).

Filming of the movie largely took place in Ireland, where Domhnall also shot Calvary and Brooklyn, but the 30-year-old Dubliner insists that it’s not the location that drew him to the roles.

“There’s nothing that draws me to filming in Ireland at all, apart from the fact that they were really good stories with really good people attached that I was desperate to work with,” he explained.

Frank is released in cinemas across the UK on 9 May.