“YOU MUST embrace your family,” a Christian preacher tells a disillusioned wayfarer in Blood Cells, a minimalist modern parable from the directorial duo Joseph Bull and Luke Seomore.

Starring the emerging talent of Barry Ward and featuring other Irish actors Francis Magee and Keith McErlean, Blood Cells is about accepting the past and its poisoned inheritance.

Blood Cells isn’t enjoyable to see but it is fascinating to watch. It’s listed for next week’s Edinburgh Film Festival, where it’s nominated for the Michael Powell Award, before going on wider release.

The plot shifts between the current day and 2001, when the farming world was rocked by the foot-and-mouth crisis.

This is a film that journeys to a life-affirming place but puts viewers through trauma along the road, fusing social realism with mythic allusion.

The spine of the film is Ward’s performance as Adam, the troubled elder son of a family devastated by the suicide of the father Cormac (Magee). 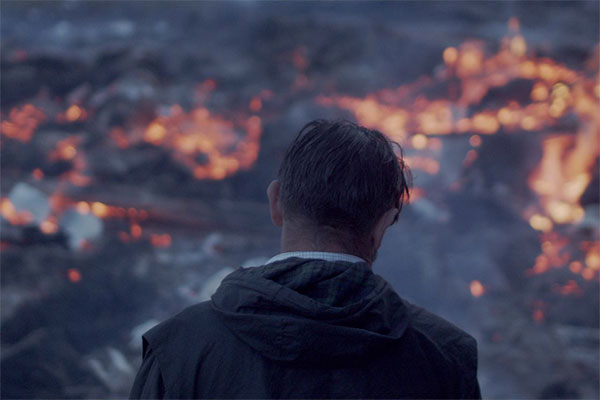 Opening the story on a desolate cattle farm in the north of England, the camera shows us Cormac standing before a flaming pyre of carcasses.

He’s burning his dead herd. Soon after he saunters with a shotgun into some sparse, smoke-clouded trees, followed nervously by a confused Adam.

A shot blast sounds, and the remainder of the movie gradually reveals what happened in the woods.

Piecing together the explanation of events takes a little patience and demands the viewer’s commitment, but fragments of revelation keep us hooked. We don’t get much detail but we get enough.

We learn that following the ruination of the family home and business Adam has drifted around the country. His life has become a series of rootless wanderings — casual work, heavy drinking, transient relationships.

But when news comes that his brother’s pregnant wife is about to give birth, Adam is summoned back to the family. “If you don’t come now I don’t want to see you again,” his brother warns.

Thereafter, the emotional pivot of the movie turns on Adam seeking the courage to face his loved ones. 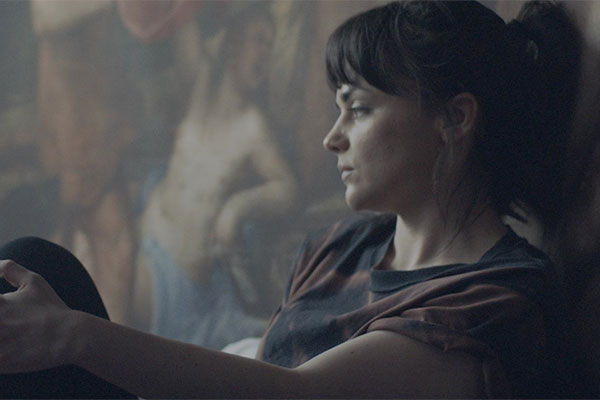 This sends him on an odyssey of painful self-loathing. Drifting through run-down places, drunken dust-ups and seedy encounters, Adam eventually calls on a cousin (McErlean) and ends up self-harming.

Lost in an alcoholic fog he spends a night in a dry-out hostel.

There he’s tended to by Debo (Jimmy Akingbola), a charismatic evangelist who tries to persuade Adam to seek solace in the wisdom of the Bible.

Unconvinced by this born-again urging Adam does a runner, his road to redemption being long and winding.

But still there’s a sense that Debo’s zealous proselytising has hit home: “Now is the time to repent… to be reborn.”

It must be said that Bull and Seomore are not offering anything particularly original in Blood Cells. The bleak physical and psychological landscape that we see in the mise-en-scene is quite familiar (the drama even includes an actual kitchen sink).

There are subtle traces of Ken Loach, Mike Leigh and Shane Meadows but these are not to the movie’s discredit. It’s expressive of our current zeitgeist. A number of indie films have appeared recently that depict strained family relations and moral decay.

The Wolfe brothers’ Catch Me Daddy (cinematography by the exceptional Robbie Ryan) is probably the best of them.

But where Blood Cells moves into a distinct bracket is in blending social comment with subtle symbolism.

This places it in a category where it evokes echoes of the Polish master of minimalism Krzysztof Kieslowski.

The slow pace and drip of information recall Kieslowski’s cinema, as does the hint of a long-delayed confrontation with personal history. 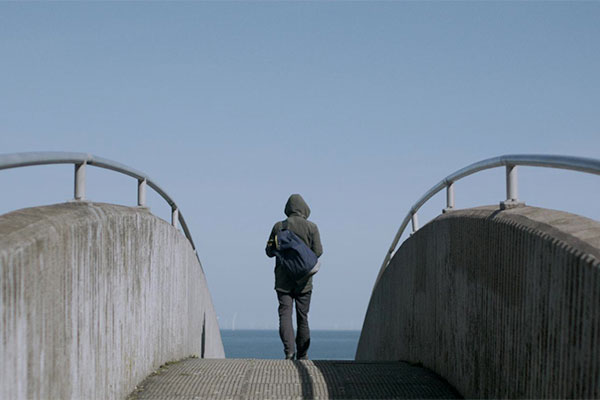 References to an Oedipal narrative begin to shade the background to the story.

These are complemented by an affective atmospheric naturalism.

Yet, all the while, the film can be seen as one man’s return to the hearth to face a shameful past. That narrative is not an unfamiliar plain reality for some Irish households.

While all the actors are effective, though their appearances are quite fleeting, it’s inevitably Ward who carries the dramatic heft. At 34, the Blanchardstown man isn’t a newcomer but his unexpected success in Loach’s Jimmy’s Hall (2013) makes him seem a sudden discovery.

One wonders why we didn’t see more of him sooner. Perhaps Ward has been hampered before now by his clear resemblance to Aidan Gillen.

It’s true that viewers sometimes confuse the two. Nevertheless, the nuances Ward brings to playing Adam are both subtle and striking.

It’s especially impressive that he shares strong screen chemistry with so many co-stars, not least Hayley Squires as an ex-girlfriend.

Luke Seomore is better known as a musician than a film-maker and provides a poignant soundtrack — elegiac piano, scraping violins.

He sees Blood Cells as reflective of some people’s “unmoored normality,” in which their future is no more than the next “passing sensation.”

That said, though it is sombre, Seomore, Bull and Ward have created a film that shows that hope springs eternal.

Blood Cells screens at the Edinburgh Film Festival (June 17-28) and has special screenings on Saturday/Sunday, 27/28 June at the Ritzy and Hackney Picturehouses. It’s released in cinemas from Tuesday, 30 June.