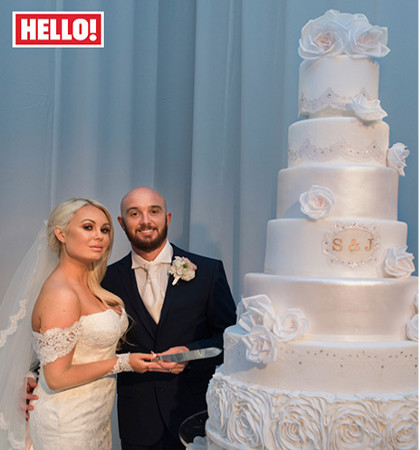 The wedding cake appeared to be bigger than the couple

FORMER Irish international footballer and Stoke City player, Stephen Ireland refused to let a broken leg get in the way of marrying his long-term girlfriend Jessica Lawlor earlier this month.

The Cork-native wed his girlfriend of nine years in a lavish ceremony in Leicestershire despite the fact he broke his left tibula and fibula just two weeks before the wedding.

Hello! magazine obtained exclusive rights to the day, which saw the couple celebrate their nuptials with an enormous seven-tier cake.

The footballer said he did not want his injury to stop him from getting hitched: "We had been waiting to get married for so long and I was getting better each day, so I thought, 'I can pull this off.' I just had to man up."

In the magazine, the groom described how he felt when he saw Lawlor in her dress.

"I was absolutely gobsmacked at how beautiful she looked. To see her in her wedding dress, with our families there and the choir, was really emotional," he said. 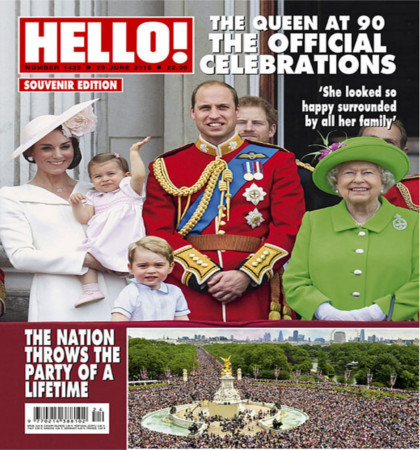 The June 20 edition of Hello! has the full interview with Stephen Ireland and Jessica Lawlor

Lawlor added: "When I saw Stephen I was really happy, emotional and excited to be getting married. No matter how much you see a person day to day there is something different on your wedding day – you see them in a different light. The choir started singing Whitney Houston's My Love Is Your Love and I just kind of lost it. I felt really overwhelmed."

Ireland has not played for his country since 2007 when he was caught up in controversy over lies he told about his grandmothers' deaths to get out of playing.

The midfielder had to apologise after it was discovered that he made up a reason to be excused from a crucial match against the Czech Republic, in order to visit his "lonely" girlfriend in Cork.

In fact, both grandmothers were alive and Lawlor had suffered a miscarriage.

The bride admitted in 2014 that the couple had been "young and naïve" and regretted lying about the incident.

They now have an eight-year-old son, Jacob, and Ireland has two children from a previous relationship.

The full article is printed in the latest issue of Hello!