RUMOURS are swirling this week that Jennifer Aniston and David Schwimmer are an item... in real life!

Friends fans are chomping at the bit to find out if the rumours are true, and that Ross and Rachel are in fact each other's lobster.

In the show, Rachel Green, played by Aniston, was the permanent love-interest of Ross Geller, played by David Schwimmer.

Their 'will-they, won't-they' storyline dominated much of the first few seasons of Friends, and the two ended up together at the end of the show's fine ever episode, which aired in 2004.

During the Friends reunion show back in May, Aniston and Schwimmer admitted they had a real connection, much to the delight of fans.

While nothing has been confirmed, insiders say the two have spent a lot of time together since the reunion, with Schwimmer reportedly staying overnight a few times at Aniston's LA home. 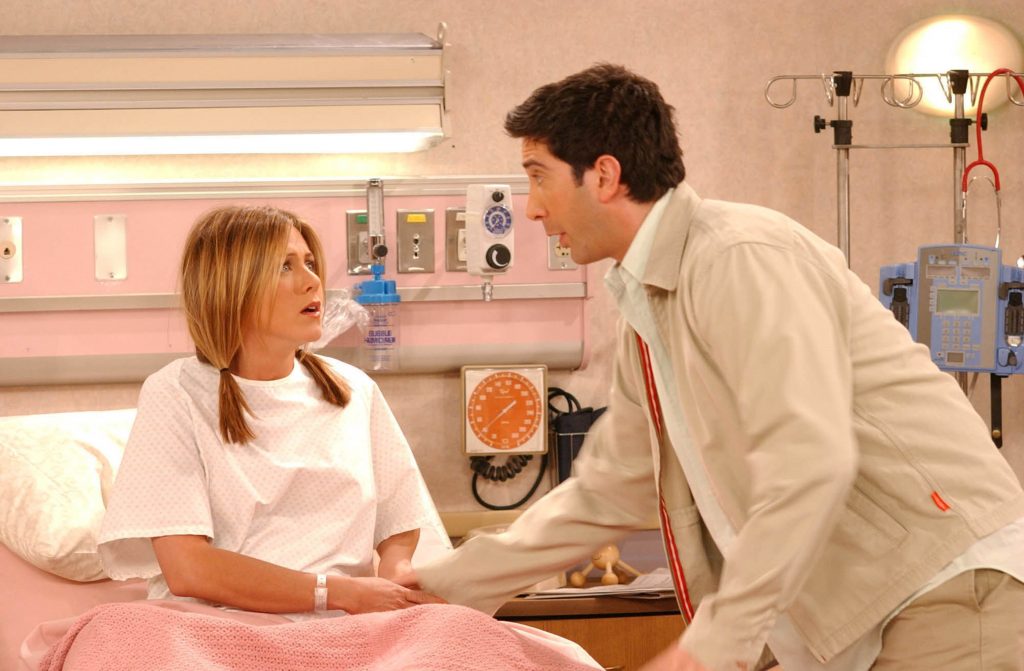 Aniston and Schwimmer on the set of Friends in 2003

A source told Closer magazine: "After the reunion, it became clear that reminiscing over the past had stirred up feelings for both of them and that chemistry they’d always had to bury was still there.

"They began texting immediately after filming and, just last month, David flew from his home in New York to see Jen in LA."

In an eerily similar situation to the storyline their characters were caught up for 10 years, both Aniston and Schwimmer admitted that developed feelings for one another while filming, but never had the chance to do anything about it as one of them was always tied down.

"I had a major crush on Jen," David confessed during the HBO special in May.

Jennifer then replied: "It was reciprocated.”

David continued: "We were both crushing hard on each other, but it was like two ships passing. One of us was always in a relationship and we never crossed that boundary."

Friends Reunion: Ross and Rachel's chemistry was real as Jennifer Aniston and David Schwimmer admit they really crushed on each other

Jennifer Aniston says Friends cast are open to a reunion