A PUB in Galway who were feeling left out by not being included in Prince William and Kate Middleton's itinerary during their trip to Ireland have taken matters into their own hands.

The pub formerly known as Carroll's, a popular hub for traditional music, a good pint and a double-decker bus out the back which serves pizza, has changed it's name to 'Willy and Kate's Famous Irish Pub', in the hopes that the Royal visitors won't be able to resist.

A photograph posted by the bar on Facebook shows their new sign, painted a snazzy grey and yellow, bearing the name and the words 'est. yesterday'. 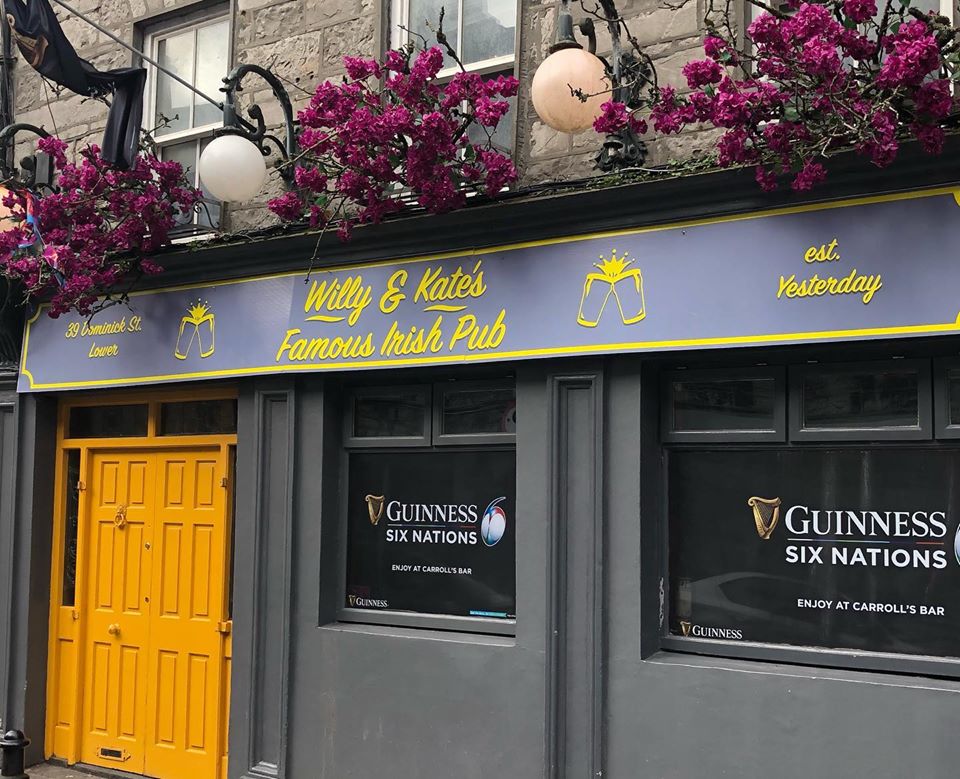 The Royal couple will be making their way across Galway today, visiting a historic pub and a GAA club, but owner of Carroll's / Willy & Kate's, Darragh Mullin, says a visit to his bar would showcase the real Galway.

Prince William and Kate should come in to see "the real Galway, with locals from the Old Claddagh, Henry Street and Shantalla," Darragh says.

"Characters that are becoming rare these days due to the ever evolving society."

And in case that isn't reason enough, "We have a rare bottle of Micil poitín that we might sneak out from under the counter if they appear!", he says.

Carroll's/ Willy & Kate's Famous Irish Bar are no strangers to a bit of dry Irish humour, and are often posting wisecracks to their Facebook page along with videos of the live music to be found there almost every night, so if you find yourself in Galway, it's more than worth a visit.
Sláinte!

William and Kate try their hand at hurling, gaelic football in trip to Galway GAA club