GIRL ON AN ALTAR: Eileen Walsh’s powerful portrayal of mother tormented by ultimate betrayal is a must-see

Girl On An Altar is now open at the Kiln Theatre in Kilburn, North London

ALL is unfair in love and war for the women in Marina Carr’s powerful new play Girl on an Altar.

This brutal, bloody and excruciatingly tragic tale tells of toxic male masculinity, abused women and a betrayal so unforgivable that it dooms all connected to it.

Carr, who was brought up in Co. Offaly, has taken up the Greek legend of Agamemnon and Clytemnestra and added 10 years and buckets more bloodshed and drama to the story. 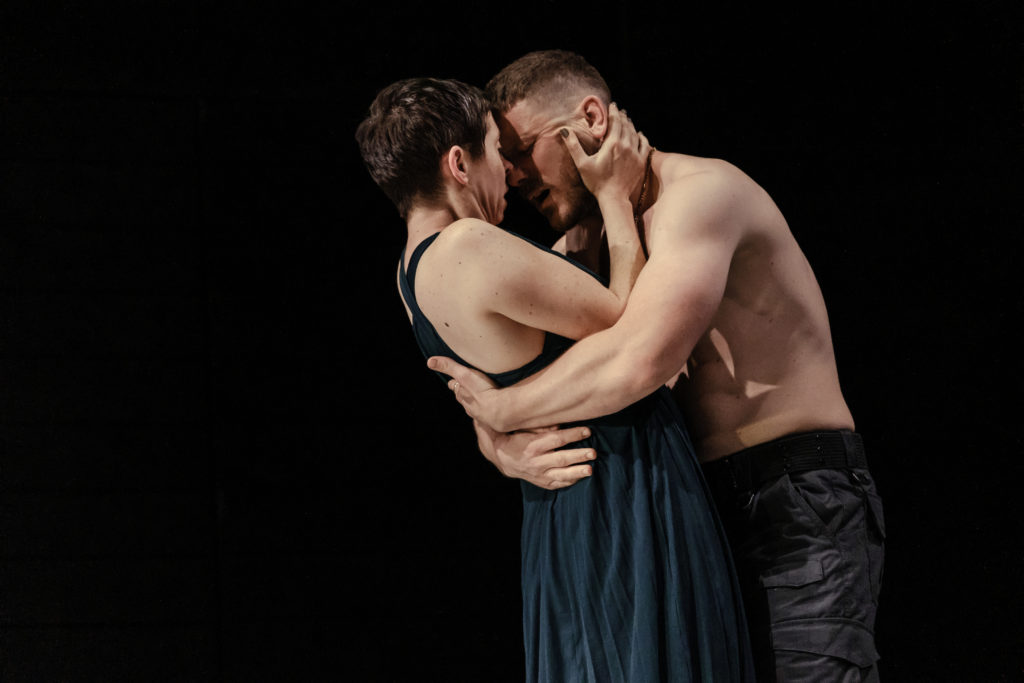 Eileen Walsh as Clytemnestra and David Walmsley, as Agamemnon, in the powerful producrtion (Pictures: Peter Searle)

Now running at the Kiln Theatre in Kilburn, north London, under the considered direction of Annabelle Comyn, the play is set in ancient Greece, yet the accents on stage span England, Ireland and Canada and the dialogue boasts a modern colloquialism or two also, all of which keeps the historical tale feeling relatively current.

The audience is introduced to the original story through a retelling of the tragedy by Clytemnestra herself - played so captivatingly by Cork native Eileen Walsh that you are immediately transported to her moment of terror and stay with her in the throes of her consequential torment right through to the last bloody act. 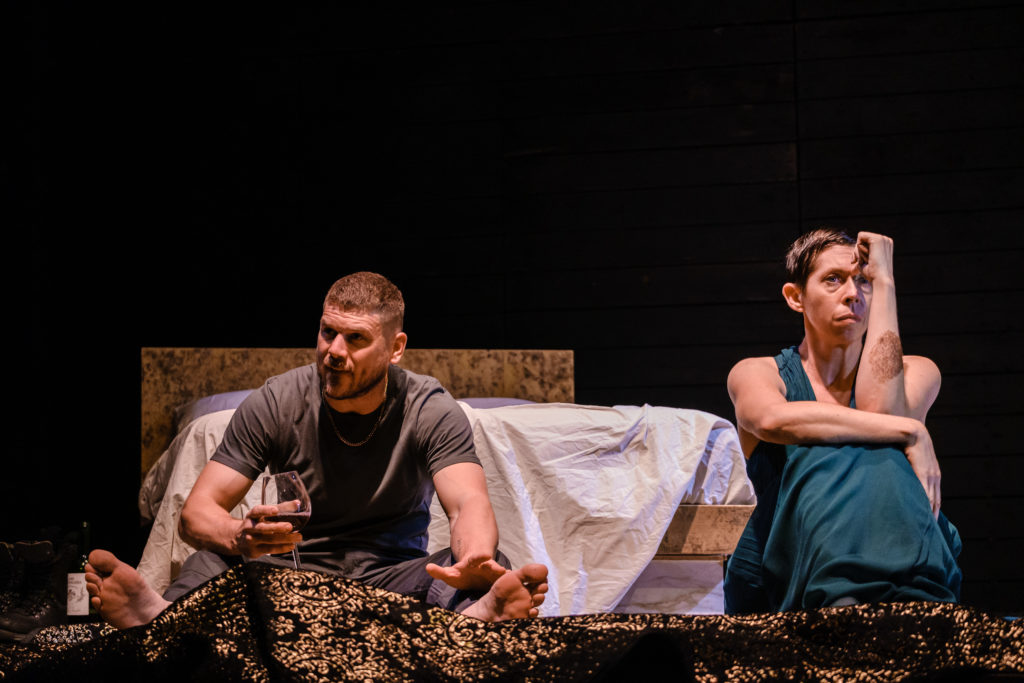 Clytemnestra recounts the final day, or the last peaceful sleep she was ever afforded - as she so poignantly puts it, before her 10-year-old daughter Iphigenia was sacrificed by her father Agamemnon to please the gods of war and to keep the armies of men led by him in check.

Walsh’s Clytemnestra - who had been tricked into believing their daughter was to be married off, rather than offered up - goes almost rigid with grief at times as she recalls how she was too late to save her, but instead carried her bleeding first-born from the sacrificial altar and held her as she died.

Proceedings continue ten years later, where Agamemnon, played by the compelling, stage-dominating Liverpudlian actor David Walmsley, returns from that war victorious – all swagger, with a captured mistress in tow, yet hoping to pick back up his relationship with his estranged wife.

But time has healed nothing for Clytemnestra, and she is only to willing to let him know it.

What comes next, through a series of narrative monologues, is a battle of words – and actions – allowing everything that has needed to be said between this husband and wife regarding the death of their daughter to come dangerously to the fore.

And most of this happens around the marital bed, the single piece of furniture, which takes centre stage, in the evocative set by Tom Piper. 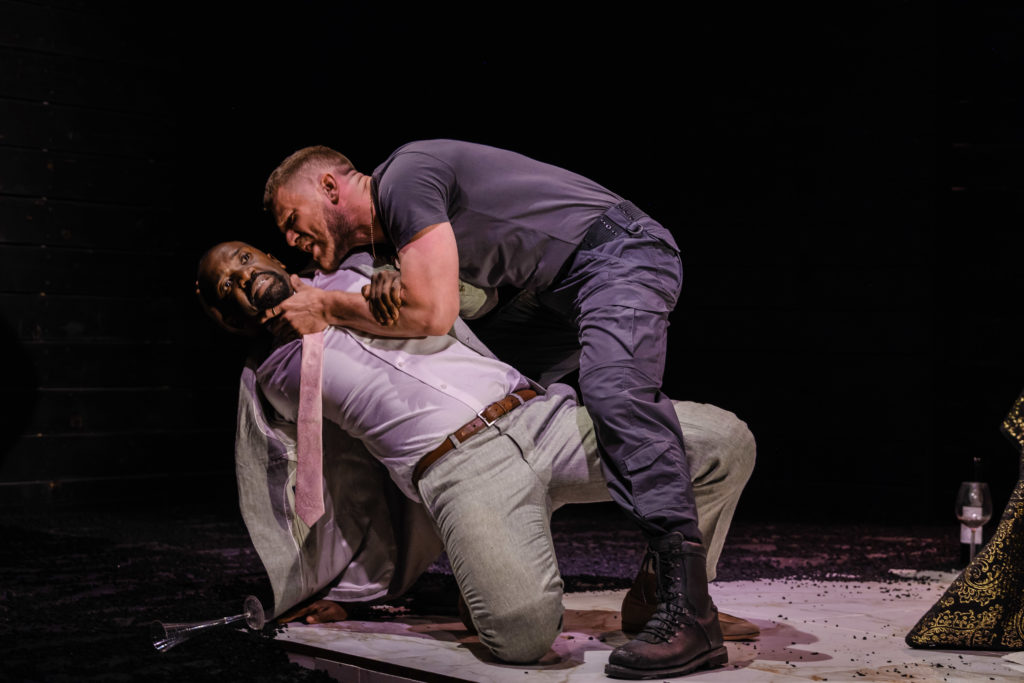 Clytemnestra makes Agamemnon pay for his inhumane act at every opportunity – but he will only allow his pride to be hurt for so long.

The perfectly cast Walsh and Walmsley bring every inch of that rage, humiliation, and horror to the stage with a magnetism so electric it grips you from start to finish.

They both clearly still love each other and yet can never forgive one another either.

Clytemnestra guiltily admits to the audience her feelings of yearning for her childhood love, when she spots “the big, bruised fact of him”, on his return from war.

And yet later “the big arrogant face on him” also repulses her.

Agamemnon too admits “no other woman” has a hold over him as she does.

But he later sentences her to life locked away in his harem, to become a plaything for his foot-soldiers. 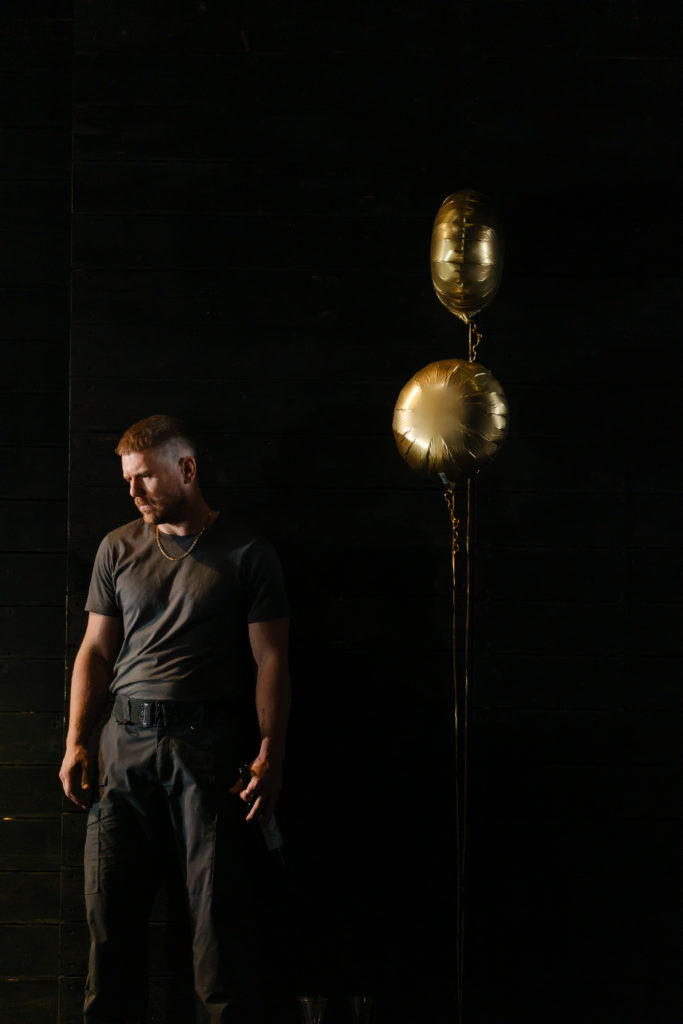 Their high calibre performances alone make this production a must watch for anyone looking to venture out to the theatre this month.

But they are more than ably supported in the joint production with Dublin’s Abbey Theatre by Nina Bowers, who plays Cassandra, Daon Broni as Aegisthus, Jim Findley as Tyndareus and Kate Stanley Brennan who plays Cilissa.

And, as with Clytemnestra, in the tales of Cilissa and Cassandra - both now servant women who have also had children taken from them and suffered greatly due to the male-dominated world in which they exist – Carr’s message is reinforced.

Nothing is fair for women, of any status, at times of war.

But when it comes to their children, and the harm done to them, they will not forgive, nor forget.

They will survive and - if the moment arises - avenge them.