Interview: Patrick Kielty on his new tour, career highs (and lows) and preparing for parenthood

Q. How is the new tour going so far?

A. It’s going great. The reaction to the shows has been amazing and I’m really enjoying being back up on stage again. I’m just over halfway through and being back on the road is more fun than I remembered.  Normally on a tour, you get a bit bored by this stage but because the audience get to join in at the end of each show, no two nights are the same and every city brings something new.

Q. How do you feel about being on the road?

A. I’ve always enjoyed the road. And as you get more experience of it, you know what helps to make it more fun.  My brother flew over from Ireland last week to drive me for a few days and that made it feel like a road trip, not work. We had a good catch up, played some old skool tunes in the car and shared a room for the craic. I think the last time we did that was when we were 16 so it a proper blast from the past. 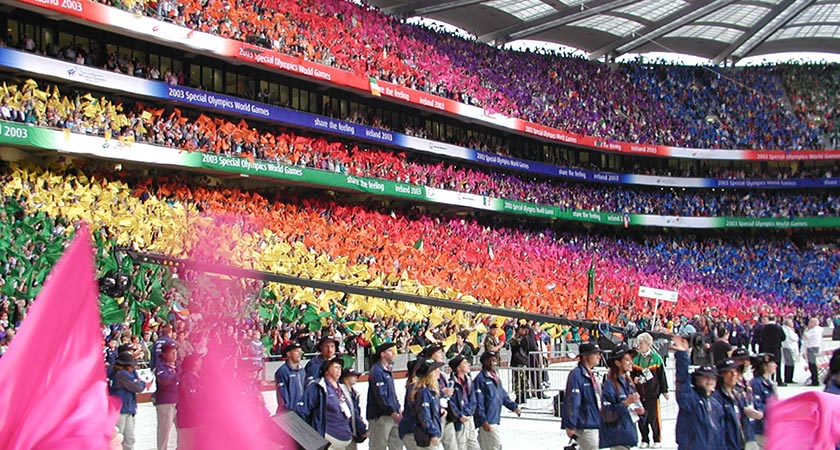 The Special Olympics opening ceremony in Dublin, 2003, was one of the standout moments of Kielty's career

Q. What has been the highlight of your career to date?

A. Without a doubt, hosting the opening ceremony of the Special Olympics in 2003 in Dublin. It was such a special night to be Irish and as a former Down minor, to stand on stage in front of Hill 16 was just surreal. There were so many legends that I got to meet - from Nelson Mandela to Mohammed Ali but the real inspirations that night were the athletes themselves. I think they captured the hearts of the whole country during those games and to be a small part of it was a privilege. 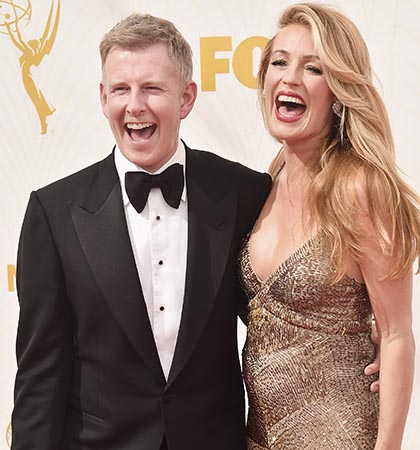 Q. Can you tell us about the most disastrous moment you have had on (or off) camera?

A. Too many to mention. But the one that sticks with me was when I interviewed Oliver Reed live for my chat show. He was, how can I put it – tired and emotional.

As he was living in Cork at the time, my opening question was to ask how long was it since he’d moved to Ireland? His answer - “Young man, how long is your d*@K ? “

I said the first thing I could think of – “So not very long then.”

Q. What is your favourite thing to do on your day off?

A. Get on a flight to Ireland, walk the beach at Murlough, Co. Down with the wife. Have some mussels at The Mourne Seafood Bar in Dundrum, the village where I grew up. Then have a few quiet pints of stout with the rest of the family tucked in beside the fire at the local pub. Perfect.

Q. What keeps you awake at night?

A. Nothing at the moment. But we’ve a baby on the way next year so I think things may be about to change!