Rachel Sage has a new project

Whilst Sage has always been something of a wordsmith, it's not until now that she has felt the need to separate her poetry from her music, and in doing so has created POETICA, the side project and brainchild which sees her collaborating with 3x Grammy-nominated Dave Eggar, amongst countless other noteworthy musicians and artists.

Sage’s relationship with Dublin began when she was a theatre student.

She applied for an internship to work at The Abbey Theatre during the Yeats Festival, and “suddenly, I was on a plane flying to Dublin, renting an apartment off Grafton Street and meeting incredibly talented people everywhere!” Sage smiles.

Having made the connections that she did whilst there, she ended up recording a song, ‘Begin To Stop’, from her debut album at Bow Lane Studios.

“Until I recorded at Bow Lane, I had never really played with a band before,” she admits.

“I'd only ever self-recorded on midi sequencers or a four-track and while I occasionally had a live musician do overdubs on my demos, I hadn't ever sung with live musicians in a room together.

“I was nervous and a bit insecure because I usually played piano but I was encouraged to just sing and let the band flesh out the song from my solo arrangement into something completely different.”

For Sage, it was a career-defining moment.

“I remember pushing myself to embrace the spontaneity of it all and not try to control the outcome like I usually might.

“All of that definitely influenced my desire to put a band together as soon as I could, and of course it ended up featuring Celtic instrumentation - violin and accordion and even a frame drum - which also happens to be Eastern European instrumentation as well...so I suppose I realised that the world was a lot smaller than it appeared to be, when it comes to music.” 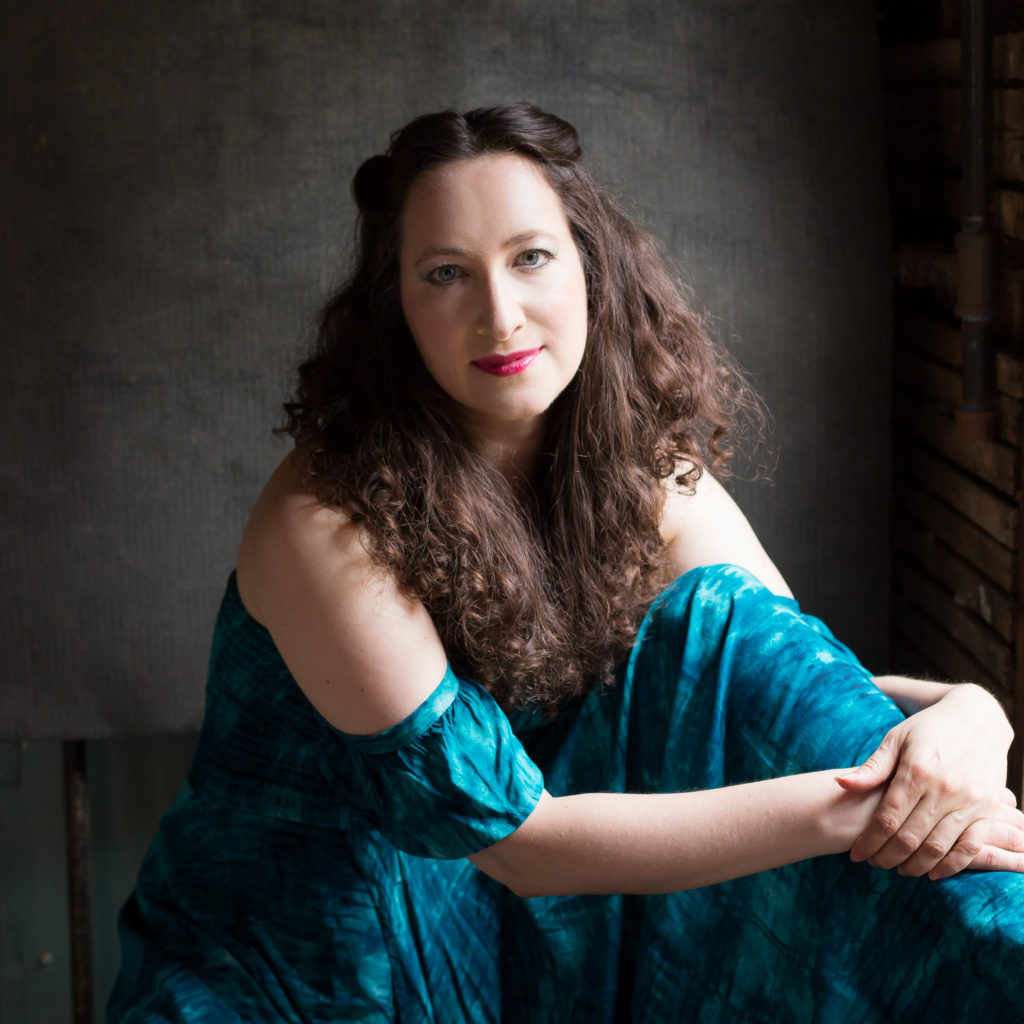 Ireland has proved influential for the performer's latest project

But it wasn’t just her approach to performing that was altered by Bow Lane, it was her performance itself.

“The folks at Bow Lane heard something in my voice and shifted my self-perception from being a songwriter to also being a singer.”

Sage has come a long way since those days, recording her first few songs in the same building as Kate Bush’s overdubs and Bill Whelan’s recordings, “my affinity for instruments like fiddle, penny whistle, mandolin and frame drum came directly from hearing those elements while I was immersed in his recording and rehearsal process,” she admits.

Collaborating with Dave Eggar for her side project POETICA, Sage reached out to other notable musicians like Will Wilde and Evie Andrus.

That sense of spontaneity and pushing herself out of her comfort zone was still present, though, and Sage brought in a free writing technique in order to write the words to POETICA.

“I use a Facebook post window instead of physical paper. I start writing a poem "live" on Facebook, try to do it as quickly as possible, and don't permit myself to edit or adjust it in any way and force myself to hit "post", no matter what,” she explained.

“I wrote about 50 poems this way during lockdown in direct reaction to various socio-political and personal issues I was experiencing, and a handful of these pieces made it onto POETICA.”

“I was totally isolated with no one to see and nowhere to go for the better part of a year, so I just let things flow without censoring anything to the best of my ability and tried to ride various waves of inspiration (or lack thereof) along the way.

“The hardest thing to write was the shpiel for this album, because how do you describe a recording that was created during a pandemic in total isolation in any other way than to say that the process kept you sane?”

Sage, as a proud member of the LGBTQ+ community, has played Dublin Pride before, performing alongside Wallis Bird.

“There was a lot of diversity in terms of the performances - one minute you’d be watching a Lady Gaga tribute and the next, hearing folk music.

“I always love that kind of eclecticism and did my best to play songs around themes of empowerment and inclusivity, but to also deliver my own brand of New York humor and kitsch. “Wallis Bird was a powerhouse performer who held the audience in the palm of her hand.

“I love her songwriting and was delighted to discover backstage that she was as joyful and encouraging as a person as she is as a performer.”

Rachael speaks on performing in Ireland in general: “Irish audiences are so discerning and soulful that when you succeed in connecting, you really feel like you're doing something right.

“And by that I don't mean they're judgmental - just that the bar for poetry and music-making is so high in Ireland and local talent so abundant that you know an Irish audience is really listening at a high intellectual and spiritual level.

“I find that this encourages me to truly be myself and to take more risks.

“In my experience, Irish audiences want you to be as authentic as possible, to tell stories that are really transporting, and to use your time onstage to reveal some kind of truth - and that's a pretty fantastic environment for an artist.”

Ireland has some more gems for Sage than just the audiences.

She has taken inspiration from the culture as a whole, which to her, is “steeped in courage and resilience as much as art and beauty”.

“I feel in some ways like the written word and the imagination that it sparks is nowhere more revered than in Ireland,” she says.

“The idea of poetry and music chronicling the most meaningful aspects of our lives is not specific to one country of course, but when I think of the place that has inspired me most to consider such pursuits as "sacred", it is always Ireland.

“There is no question that Irish culture set me on the storytelling path.”

POETICA tells the story of the human condition, spanning themes and topics such as “unconditional love, distance, mourning, gratitude, freedom and social justice. I suppose it's a cross-section of what defines humanity, however unintentionally.”

Storytelling has always been a huge part of Sage’s approach to folk music and her own art, but with POETICA that is more fully realised than ever before.

POETICA is out now, with the original and instrumental versions available anywhere you get your music.