The Late Late Toy Show has kicked off in style

THE biggest night of the year on Irish television is underway!

The show opened with host Ryan Tubridy immersed under the sea in a submarine before a young girl dressed as Ariel from The Little Mermaid belted out a triumphant rendition of the classic Under The Sea.

The show then erupted into color as a cast of underwater animal’s emerged from all corners of the set to belt out one of Disney’s most loved anthems.

Ryan Tubridy dressed as a lobster? It sure beats his Chrismas jumpers of previous years! 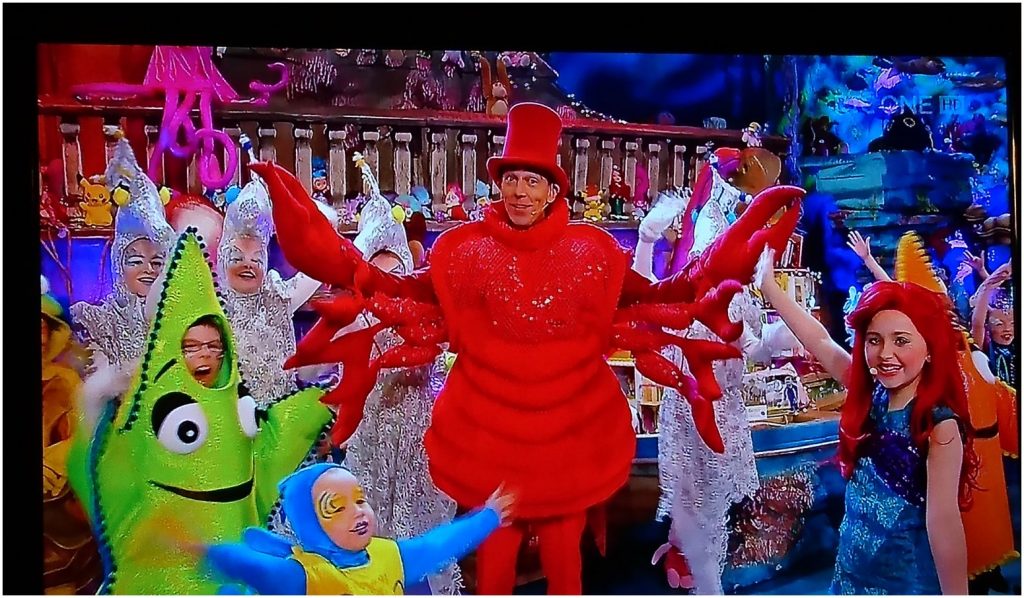 Ryan Tubridy dressed as a lobster for the opening performance. (Picture: RTE)

Fair play to the costume department at RTE they’ve really outdone themselves this year.

Tubridy then broke into a series of fish-related puns, while the audience collectively cringed.

"There's something fishy about this endeavor tonight I'm not codding ya."

"If I keep going there won't be a sole left in the place."

"This could be a turtle disaster."

"We should dolphinately reel this one in." 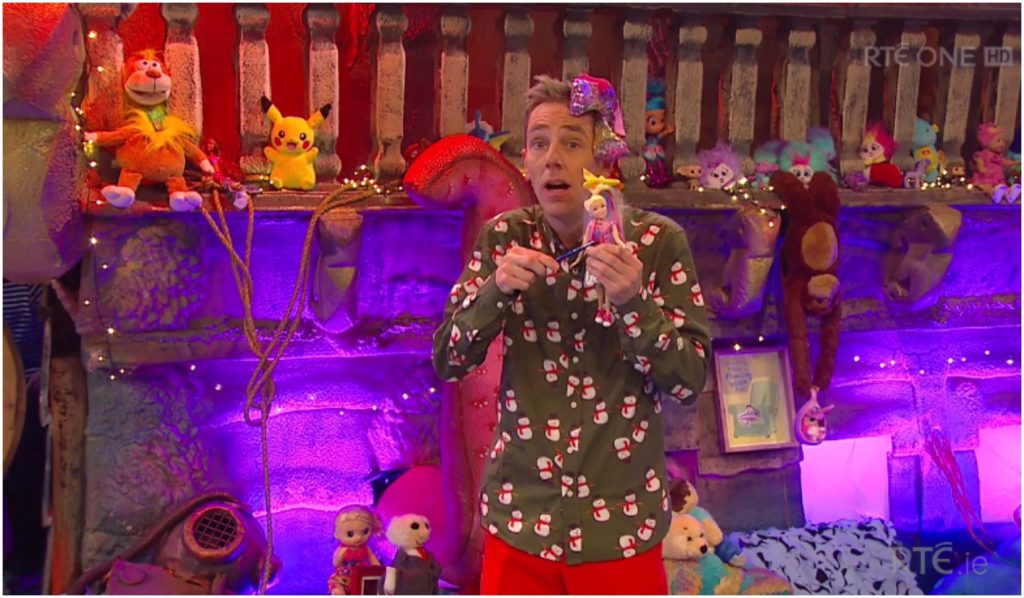 Wherever you are in the world, you can tune in to the antics on the RTE Player, and if you’re quick enough, you’ll be just in time for the first round of toys!

And remember, there's one for everyone in the audience!