A NEW series just added to Netflix is a must-watch for fans of mind-bending psychological thrillers-- or U2.

The release of brand new Netflix thriller Behind Her Eyes has been eagerly anticipated since it was announced last year, and the wait is finally over.

The six-episode limited series tells the story of Louise (Simon Brown), a single mother who inadvertently gets pulled into the twisted games of a mysterious couple, psychiatrist David (Tom Bateman) and his wife Adele (Eve Hewson). 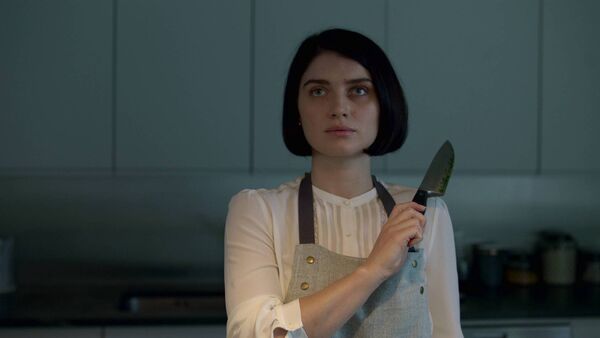 Based on the book of the same name by author Sarah Pinborough, Behind Her Eyes promises to have audiences at the edge of their seats in some parts and scratching their heads at others, with more than a few WTF moments peppered across the episodes.

All eyes will be on Eve Hewson, the 29-year-old Dublin actress who has previously appeared in Robin Hood, Bridge of Spies, The Knick and even a certain music video for Irish band The Script.

Hewson, who has forged an impressive career by her own right, is also none other than the daughter of U2 frontman Bono and activist Ali Hewson-- and though she decided not to follow her father into music, her own artistic talents are clearly seen as she takes on the role of the ominous Adele.

You can watch Behind Her Eyes on Netflix here.