ONE DIRECTION'S Niall Horan has appeared in a video for American culture magazine Vanity Fair, explaining a load of Irish slang to outsiders.

The cheery 26-year-old explains the origin and meaning of a number of peculiar-looking words and phrases (peculiar for you foreigns out there anyway) including Irish-isms like 'bajanxed', 'bogger' and 'flute'.

Horan looks to be enjoying himself, recalling moments where he's used the slang himself.

The singer, from Co. Mullingar, Co Westmeath, gets particularly excited when he sees the word 'bogger' come up.

"I'm a bogger!" He announces proudly.

"If you're from Dublin, you think that Dublin is the only place that exists in Ireland. 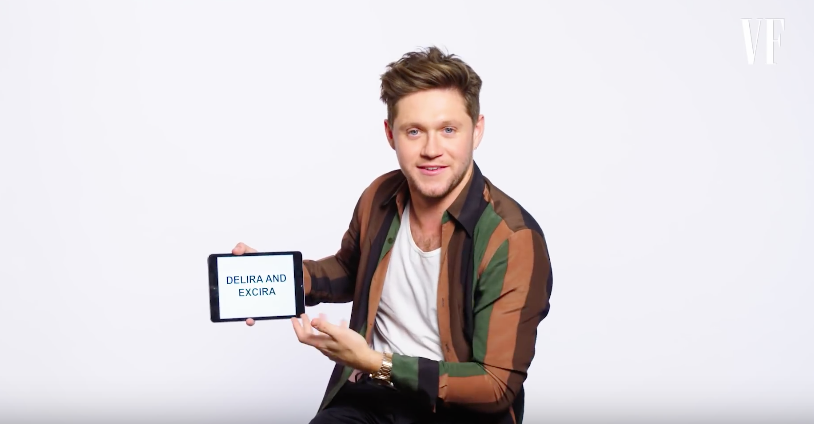 "They are two words for people from outside of Dublin who live in the country, and they're called 'culchies' and 'boggers'," he explained.

"You're meant to live in bog-land."

Next, the word 'flute' came up for Horan to clarify.

Speaking tentatively, he says "Flute is the Irish word for penis."

Met by laughter, an American produces tells him off camera "My Irish dictionary says it means 'silly person', so I had no idea," only for Horan to shoot her down.

"You are firmly wrong ... cos it means ... penis." (You can't always trust what your dictionary says)

In typically entertaining fashion, the former X-Factor star goes on to explain slang such as 'eejit', 'effin' and blindin', 'cod', how's she cutting?', 'sham', 'suckin diesel' and plenty of others. 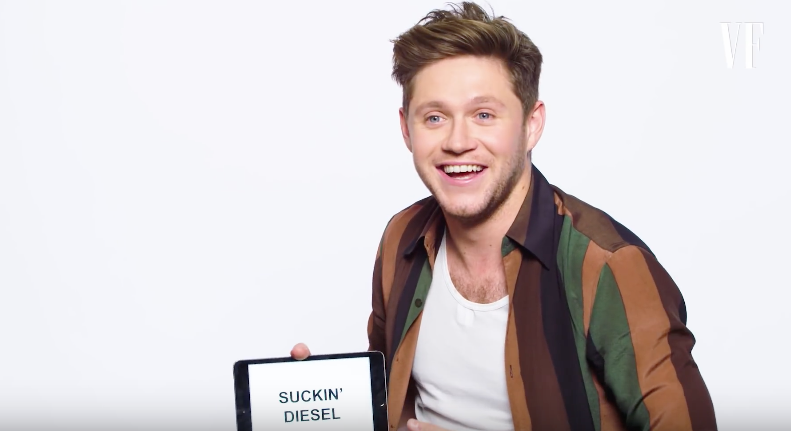 If you're wondering about any of these yourself, scroll down to the video, as Niall does a decent job of clearing things up it must be said.

Finishing up, Horan says: "That was interesting. I actually didn't realise how ridiculous we were.

"But having read them and seeing them in bold capitals I now know that we are absolutely insane.

"So this has been Irish slang on Vanity Fair with me, Niall O'Hodhrain."

The video has already been over 350,000 times since it was uploaded on Tuesday.