Film Reviews: The Gambler, Down Dog and The Turning

“THE WORLD suddenly gets big around us —so big we just give in,”is just one of the graceful insights voiced in The Turning, a delicate and ambitious project from Irish-Australian producer Robert Connolly.

Adapting the short stories of Tim Winton, The Turning is a series of minimalist vignettes that depict crucial pivotal points in everyday lives.

Sometimes these moments are unexpected revelations, or epiphanies, or simply chance occurrences, but all indicate that things are never the same again for the characters.

Using individual directors for each story (none more than 10 minutes long), Connolly presents a sequence of thoughtful and thought-provoking miniatures.

The different films call for brief but brilliant performances from, among others, Rose Byrne, Cate Blanchett, Hugo Weaving and Callan Mulvey.

Winton’s tightly-spun tales have been compared to Joyce’s Dubliners but their remote rural setting takes them closer to John McGahern.

There’s a sense of struggle and making do in pinched circumstances and how humdrum banality can erupt in excitement, violence, pity and even humour.

In a sparse, almost wordless story, Mulvey plays a schoolteacher summoned back to his own school days by a ghastly memory.

In another, two small Aborigine brothers fight for their father’s affections, with almost tragic consequences. It’s to the film-makers’credit that at every intense moment you’re not sure whose side you’re on.

Directed by Claire McCarthy, the standout segment sees the extraordinary Byrne as Raelene, a trailer-park mum of two with a violent pig of a husband (Matt Nable).

Byrne is the epitome of vulgar sensibility and beauty decayed by poverty —all tattoos and nicotine-stained teeth. When Raelene befriends a local couple, she’s shocked to find they’re born-again Christians, then more so that she’s drawn to their beliefs. Could Jesus be her saviour?

Connolly has made the bold but false claim that The Turning is “a unique cinema event”.

Connolly’s offering is less a complete meal than a collection of delicacies but each is a succulent mouthful. These are strong stories slightly rendered.

If The Turning is deft about sudden transformation, then sledgehammer comedy Down Dog ponders if a leopard can change its spots.

Well, it doesn’t really muse too deeply on such existential questions but it has some rollicking good fun and frolics.

In a desperate attempt to force Frank to face up to his neglected fatherly duties, Rachel conspires with a doctor admirer (Tom Goodman-Hill) to convince him he’s dying.

It’s hoped a threatened call from the Grim Reaper will turn Frank from inexorable hedonist into a responsible husband and parent.

Nye made his name with Men Behaving Badly 20-odd years ago and this updates the Gary and Tony characters from that narrative.

This is fine, but it’s a pity not to see more of the subtlety of Nye’s other TV sitcom, How Do You Want Me?, which gave viewers an early look at Dylan Moran.

As a sardonic son-in-law, Moran took on a patriarchal bully in Frank Finlay. Both actors were brilliant —Moran at his best.

Still, Down Dog throws up the expected helping of toilet humour and knob-gags (including a mock-swordfight with vibrators), some of them rigid and some more limp. 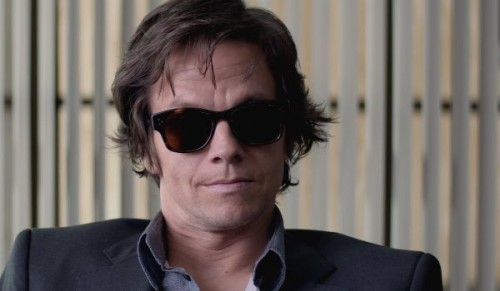 Talking of ups and downs, we must wonder at the rollercoaster career of screenwriter William Monahan.

“Twenty years after an Irishman couldn’t get a f**king job, we owned the presidency.” No words ever better expressed the Irish-American fusion of grievance and arrogance.

So this makes Monahan’s latest effort in The Gambler a painful disappointment. A remake of Karel Reisz’s dark yarn from 1974, the new version has the unconvincing Mark Wahlberg as a literary professor drowning in debt.

Alas, Monahan’s dialogue, quite pitch-perfect in The Departed, constantly bloviates into pseudo-pithy pronouncements. “Desiring the thing cannot make you have it,”we’re told, surely a pure example of stating the bleeding obvious.

Monahan should get back to Boston, where he can do some good. Meanwhile, The Gambler is a dodgy bet.

The Gambler and The Turning are currently in British and Irish cinemas; Down Dog is in selected cinemas from Friday, February 13.