RISING folk and country star Sarah McQuaid’s musical output reflects her own eclectic background having been born in Spain, raised in Chicago, and holding dual US and Irish citizenship.

Now living in rural England, McQuaid released her third solo album — The Plum Tree and the Rose — last year, drawing critical acclaim on both sides of the Atlantic.

Having lived in Ireland from 1994 to 2007 (and worked as a music journalist for Hot Press) she refocused on her musical career in 2007, re-releasing her 1997 debut, When Two Lovers Meet, and following it up in 2008 with I Won’t Go Home ’Til Morning.

Expect to hear songs from all three records during her British tour this month (dates below), which concludes in Penzance on June 28.  See SarahMcQuaid.com for ticket details.

Sitting in a Travelodge in Swansea, Wales, catching up with emails and admin. I’ll be on the road for the next six weeks, in Ireland North and South and all around England and Scotland. 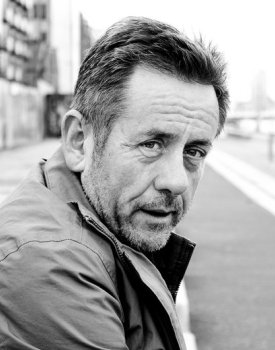 Musically, I have great admiration for Dick Gaughan and for Luka Bloom (left), artists who go it alone, who cover all the bases in the sense that they’re great songwriters, great singers, great instrumentalists, great performers, great at connecting directly with their audiences, and who are also vocal about their ethical and political principles.

Apart from music, the first person who springs to mind is my great-great-great aunt, Jane Addams, who was a pioneering peace and social justice campaigner, settlement house worker, philosopher, suffragist, writer and who was the first American woman to be awarded the Nobel Peace Prize (in 1932).

While I haven’t followed in her campaigning footsteps thus far, she’s always at the back of my mind and she’s still an inspiration to me.

What song would you like played at your funeral?

In December I was asked to sing at a funeral and the song requested was Ewan MacColl’s The Joy of Living. I’d never sung it before, but the song really resonated with me and I’ve added it to the concert set for my current tour. I’d love to have it sung at my own funeral.

The Bach Cello Suites as played by Rostropovich, it’s both stimulating and relaxing to listen to, which doesn’t make a lot of sense…

Glendalough, Co. Wicklow. It’s such a peaceful place, and beautiful too. The Wicklow Mountains in general hold a lot of good memories for me. When I lived in Dublin I used to go out every weekend. Good for the soul, I reckon.

What is your most treasured possession?

My guitar. It was custom-made for me by a wonderful luthier called Andy Manson, and I’d be devastated if anything happened to it.

The Will to Believe and Other Essays in Popular Philosophy by William James.

I wish I’d tried harder to make contact with my father while he was still alive. I never met him, as he and my mother parted ways before I was born, and when I eventually tried to get in touch with him I discovered that he’d died just a couple of years before.

The Gutenberg project, which has made so many classic and out-of-print books available online for free. www.gutenberg.org

What’s the best advice you’ve ever been given?

My grandmother told me a very long time ago that if there was a powerful person from whom I wanted something, I should focus my attention on making friends with the people around them — the spouses, the secretaries, the assistants and so forth — and leave the important individual be. Very Machiavellian, but it’s stood me in good stead over the years. 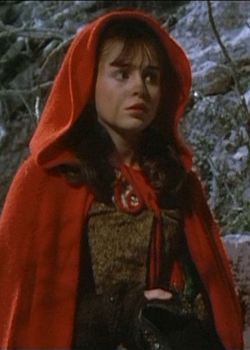 1984 fantasy-horror The Company of Wolves.

I love Neil Jordan’s film The Company of Wolves (right). I love the way it touches on so many fairy tales and legends ingrained in the collective psyche.

That people in general are good. I’m always amazed by the little acts of kindness and decency that I encounter on a daily basis — total strangers who hold the door for me, who flash their lights to let me know that it’s safe to cross the road, who hand me their unexpired pay-and-display ticket as I’m pulling into a car park, who run after me to say that I've dropped something. Yes, there are people in the world who do terrible things, but they’re very much in the minority and we need to keep that in mind.

What is the funniest thing you’ve ever seen or heard?

My daughter’s drawings make me howl with laughter on a daily basis. I’d love to know what’s going on in her mind when she’s drawing them… but it’s probably a good thing that I don’t.

What is your favourite word one-liner or retort?

What would your motto be?

I live near the village of St Buryan, a few miles from Penzance, Cornwall, in the far south-west corner of England. It’s a beautiful place, very peaceful, and I've made great friends there, but it does take a very long time to travel between there and anywhere else!

Which Irish work of art would you recommend most highly?

The stained glass windows by Harry Clarke at St James’ Church in Dingle.

The best thing about the past 12 months was…

All the great reviews and comments from radio presenters about my most recent album The Plum Tree and The Rose, which came out in March 2012. While it’s my third solo album, it’s the first one I've made that focuses mostly on my own songwriting.

There are nine songs on the album that I wrote or co-wrote so I was very nervous about how it would be received, but the reviews have been wonderful and it made it onto a number of ‘Best of 2012’ lists on both sides of the Atlantic.