American composer and pianist, Lola Perrin will perform a composition inspired by the life and works of celebrated Dublin author Christopher Nolan with players from Bromley Youth Music Trust in London later this month. Nolan, who had severe cerebral palsy, won the Whitbread Prize aged 16. We spent ten minutes with the musician as she makes her final preparations for the show…

I’m developing a new environmental project in collaboration with a friend.   It’s taking up most of my time during the days and most of my dreams during the night.

Aid workers and environmentalists trying to clean up in the wake of an economic system that mistreats people and trashes the planet.

Right now is the best decade.  And I hope next decade I feel the same way. It’s to do with trying to develop as a composer and doing my best at that time. 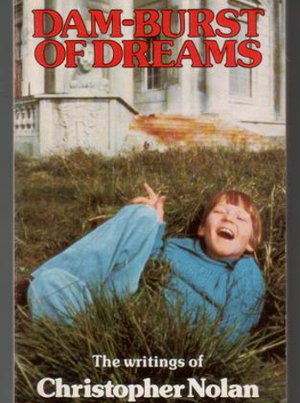 Swinford, Co. Mayo, namely O’Connor’s Hotel. A lovely family run it, with Conor Walsh, pianist and composer as resident host welcoming people like me to turn up and play a concert there.

Dam-Burst of Dreams, the first book by the great Irish writer and poet Christopher Nolan. He began writing aged four but his cerebral palsy inhibited communication. Aged 11, when given the tools, he began to type out the works he’d been writing and memorising all those years. His first offering was a thank you letter to his Aunt Eva. I named my chamber music homage to Christy’s ‘Dear Aunt Eva’.

One of them was being on a small plane in a storm. Something was going badly wrong and the plane was coming down but the pilot managed to find a military airfield to land us. I was only a young child but it still feels like it happened yesterday.

Which local star in any field should the world know about?

Check out Valerie Capers, an inspirational composer pianist living and working in the Bronx.

I would be signed to a major music publisher and have an agent and a manager. And an assistant. Sorry, that’s four things!

Be aware of the positives and work as hard as you can.

After much worry about feeling I can’t do anything meaningful to stop the terrifying rate of global warming, I now believe that I and everyone else can effect massive, speedy change by becoming active in the Divestment movement to pressure investors to remove their investments in fossil fuel companies.

They do it behind my back so I don’t know. And I’d like to keep it that way.

I live above shops. Brilliant for playing piano as it’s industrial around here and no one seems to complain. The smell of English breakfasts every morning drifting up from the cafe below can be a bit intense.

White lies are necessary when bringing up kids.

Presently the most important art in the visual world is Isaac Cordal’s Cement Eclipses.

That would be telling.