Ten Minutes with... The Rising

NAMED after a Bruce Springsteen album and blending country music with classic rock, Belfast band The Rising play impassioned guitar-charged rock shot through with a smart pop sensibility. With influences that range from The Boss to Keith Urban, the trio recorded their debut album, Coming Home, in Belfast, Nashville and Los Angeles. We spent 10 minutes with guitarist Chris Logan…

We’re in the middle of launching our debut album, Coming Home which is released next Monday (August 25).

I have several, Brian May is a major influence on me as a musician and his work with Queen changed my life. However, modern day artist Keith Urban is also a defining influence.

However as cheesy as it is to say, I would have to say my overall hero would be my Dad. As a musician himself he was the person responsible for creating my love of music and also teaching me the guitar.

I’m an 1980s/90s kid so I’ve only experienced one full decade. So I’m going to be greedy take both decades. Since I’m obsessed with films and music I would have to say that 80s movies were the best i.e. Ghostbusters, Back To The Future, Gremlins, Goonies, Stand By Me etc. All the legendary timeless movies seem to come from the ‘80s.

As an album I get constant shivers for: Needtobreathe – The Reckoning. A simply mind-blowing piece of work from the US-based band. Largely a cult following in the UK, this is one band who should be globally massive.

Single wise I get the shivers from a song called Bleeding by Flickerstick. Sadly no longer together, this track from their second album is instant goose bumps every time. 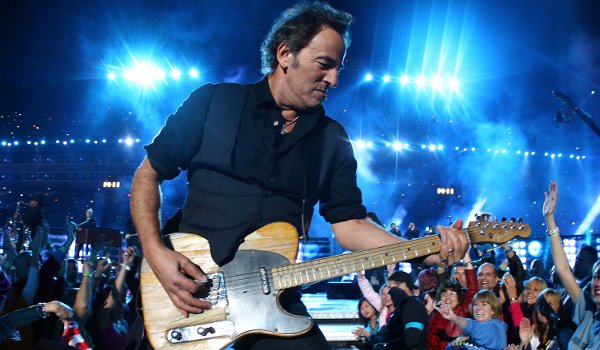 Dublin. For the buzz and vibe of the city. Its also been the place where I have seen many life changing concerts such as the first time I saw Bruce Springsteen.

It by Stephen King. An epic book in all ways, from its huge page count to the complex story. I got lost in it the first time I read it, couldn’t put it down. I have since read it twice. He really is the master suspense/horror author.

I’ve been lucky never to have any major hard times in my life so mine would be the trivial matter of equipment blowing up onstage. This happened right before we were about to go onstage to several thousand people while we were supporting Starsailor.

Here at Rising HQ we are serious fans of Sara Crockett. Sara is a Country/Pop singer songwriter who has just released her debut EP, which is simply brilliant. Sara also sang backing vocals on our debut album which we are honoured that she was part of. So we encourage everyone to check out her music and go see her live.  http://saracrockett.com

Currently can’t stop watching the React To videos on YouTube by TheFineBros. Kids React To Walkmans is YouTube gold. Also http://www.howitshouldhaveended.com is great.

Ghostbusters. I saw it first as a kid on VHS and proceeded to wear the tape out. I’ve since upgraded to Blu-ray and also seen a re-issue of the film in the cinema. But no matter how many times I see the film it still feels like the first time.

Treating other people how you wish to be treated yourself. Be truthful and fair to everyone. If not, karma always has a way of catching up with you.

Overthinking and worrying about everything. I tend to get so involved in something that I think 100 steps ahead and plan out every eventuality. Drives people nuts.

I live in Belfast, Northern Ireland. Although worldwide its known for its Troubles it’s a great place to live. I was lucky enough to be too young to be exposed to any of the Troubles, so I really no nothing about them and take no part in any of the political tensions that remain. Most young people from the city are the same.

But generally, one of the things I like about the city and Northern Ireland is the friendly nature of the people and the way we don’t take ourselves too seriously. But, I also love the fact that no matter where you are in the country you are only a 10 minute drive away from ‘the country’ where you are surrounded by nothing but fields, trees and forests.

Never. Honesty is always the best policy. Lies have a habit of catching up with you.

I really like The Persistence of Memory by Salvador Dali ever since it first caught my eye in a book about great paintings.

Sugary/fluffy American TV series such as One Tree Hill, Heart Of Dixie.

Coming Home is out on August 25 on Renegade Maverick Records