Ten new Irish books you should read this year

Why it’s worth reading: Since he exploded onto the Irish literary scene back in 2007, Barry has proven himself to be a writer who can reinvent himself over and over. City of Bohane — a graphic novel set in a lawless dystopian Irish underworld, written in highly stylish colourful prose — won the IMPAC Dublin LiteraryAward in 2013, turning Barry into a literary sensation in the US, Britain, and further afield.

This latest offering sees Barry turn his hand for the first time to historical fiction. Well, sort of. The plot involves John Lennon getting stranded on an island off the west coast of Ireland in 1978. Expect Barry’s usual daft humorous prose, which never strays too far from a noble tradition of Irish storytelling.

Best for: Those who like to invest in reading at least one or two great mainstream blockbuster Irish novels a year. 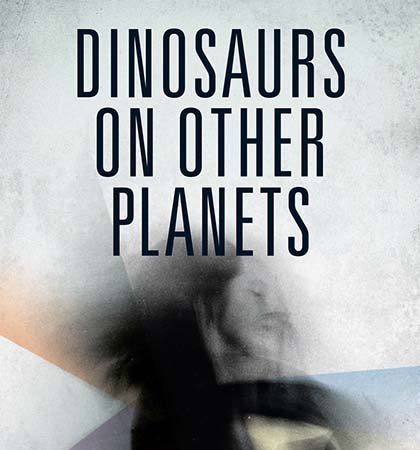 2. Dinosaurs on Other Planets

Why it’s worth reading: Stories from this debut collection have already appeared in numerous publications, including The Stinging Fly, The Irish Times and The New Yorker. But this is the first time the Cork-based writer’s work has appeared in book form. Having scooped a number of hot literary prizes in Ireland over the last couple of years, McLaughlin looks set to follow in the footsteps of a new wave of Irish literary stars, such as Colin Barrett, Mary Costello and Kevin Barry. All of whom cut their teeth in the prestigious literary journal, The Stinging Fly under the guidance of editor, and literary mentor, Declan Meade.

Best for: Culture vultures who are on the look-out for the next best rising literary star.

3. A Slanting of the Sun: Stories

Why it’s worth reading: Since the phenomenal success of his debut publishing venture, The Spinning Heart back in 2013 — a novel which got rejected an incredible 47 times before going on to win a number of literary prizes, including the Guardian First Book Award — Donal Ryan has become the most unlikely of literary stars. A Slanting of the Sun is the Limerick-based writer’s first attempt to break into the short story form. Expect these tales of poetic literary realism to deal in the same currency as Ryan’s two other novels: where crystal clear sparkling prose tells heartbreaking tales of loneliness, isolation and displacement.

Best for: Commuters: one story a day is a great way to pass the time.

4. The Long Gaze Back: An Anthology of Irish Women Writers

Best for: Those seeking variety in their daily reading experience. 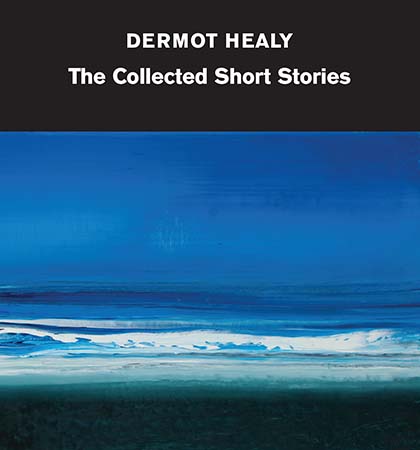 Why it’s worth reading: Healy, who died suddenly last year at just 66 years of age, is probably one of Ireland’s most undervalued writers. With footprints of high-modernism in all of these short stories, this collection — put together by Dalkey Archive Press — has been eagerly awaited for years in Irish literary circles, especially given that most of these stories are presently out of print.

Set primarily in small isolated rural villages in the West of Ireland and amid the diaspora communities of London — where Healy lived for much of the 1970s and ’80s — this is one of the more exciting highlights in the Irish literary calendar. It’s also the first posthumous publishing venture from one of Ireland’s finest writers of recent decades.

6. The Maximalist: Biography of Tony O’Reilly

Why it’s worth reading: As his recent trip to North Korea revealed — where a public confrontation with former NBA basketball star Dennis Rodman ensued — Matt Cooper, one of Ireland’s most popular current affairs radio talk show hosts, is never afraid to put himself in the line of fire, especially if it means displaying hard-nosed journalistic integrity. While a biography about O’Reilly — a former press mogul, and billionaire who has dramatically fallen from grace in recent years — surfaced in the mid 1990s, Cooper’s latest book will be the first narrative that attempts to properly expose and analyse the real O’Reilly, warts and all.

As Ireland’s other rogue billionaire, and O’Reilly’s arch nemesis, Denis O’Brien, increasingly attempts to flex his muscles to contain Irish democracy — with ongoing law suits and court orders — this critical analysis of another billionaire with an insatiable thirst for financial dominance and absolute power, couldn’t come at a better time. 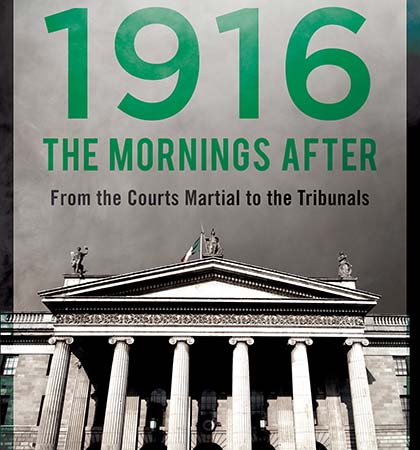 Why it’s worth reading: In the last year there have already been three prominent books analysing the Revolutionary period from 1916 to 1923, from historians Roy Foster, Diarmaid Ferriter and Maurice Walsh. And as the 1916 centenary approaches next year, expect something of a glut of history titles in the Irish publishing world.

This book by esteemed historian, Tim Pat Coogan — who has previously written biographies on both Michael Collins and Éamon de Valera — will no doubt provide some interesting, albeit difficult questions. Namely, did the egalitarian Republic as envisioned in the 1916 Proclamation by MacDonagh, MacBride, Connolly and Pearse, ever materialise? And what kind of country did modern Ireland actually become if the utopian Republic never came to pass?

8. John McGahern and the Imagination of Tradition

Why it’s worth reading: After Joyce and Beckett, McGahern is regarded by many literary critics as one of the greatest writers in 20th century Irish literature. His work documents the existential crises that often pervade small town rural life. It also taps into the repressive nature of Irish society, which evolved from the Free State and the subsequent Republic that followed.

This critical biography’s main concern looks into the reading material where McGahern gleaned most of his literary influences from, proving that he was just as comfortable drawing from the well of Russian, French, and other European authors, as he was browsing Irish literature for inspiration.

Best for: Scholarly types. Those who know their Flann O’Brien from their James Joyce, and their Émile Zola from their Anton Chekhov.

Why it’s worth reading: Three decades ago when Sinn Féin/IRA/P O’Neill were pretty much the political equivalent of the Holy Trinity, few would have predicated that an uncompromising militant group of ideologues could assimilate into mainstream Irish politics so easily: both north and south of the border.

Despite ongoing allegations of sexual abuse within its hierarchy — as well as accusations that the provisional IRA has never disbanded in an official capacity — Sinn Féin are now polling with a 20 per cent support rate from the electorate in the Republic. They are now the second biggest party in Northern Ireland.

This latest investigation by Deglan de Bréadún — a distinguished political journalist, and author of The Far Side of Revenge: Making Peace in Northern Ireland — documents through first rate journalistic analysis, and a wealth of primary research, the phenomenal rise of a party who are experts in building support at grassroots level. And who think in long-term strategic timelines rather than short-term political gains.

Why it’s worth reading: More than any other political figure throughout 20th century Irish history, de Valera’s role as both Taoiseach and President are clouded in feelings of animosity, controversy and bitterness.

To some, he is a towering figure, a leading statesman, on a par with Parnell as the greatest politician that Ireland has ever produced. To others, he is seen as a conservative ego maniac — with an unhealthy obsession for Catholicism — whose main goal always seemed to be lurching for power, at any cost. In the spirit of recent changing historical trends in Irish scholarly circles, Fanning’s narrative looks set to try and convey a noble portrait of de Valera rather than a critical one. Seeing him as a man of his time who did the best he could in limited circumstances.

Best for: That uncle you haven’t seen in years but somehow awkwardly managed to land in Secret Santa.