OF all the tragic moments that litter the path of Philomena Lee’s life, there is one such powerful memory that she will never forget.

She had spent three-and-a-half years locked away in a harsh convent for Ireland’s ‘fallen women’ after becoming pregnant as a single woman.

And a nun had just told her that the time she had left with her beloved son, Anthony, was running out.

Like countless others who passed through Tipperary’s infamous Sean Ross Abbey, the child of Philomena Lee was to be adopted by a wealthy American couple.

She was told it was the best way to deal with the ‘mortal sin’ she had committed. But just days later, a glimmer of hope appeared.

Philomena’s father, who had disowned her the minute she told him of her pregnancy, walked through the door with one of his sons in tow.

He had read his daughter’s emotional letter. “Maybe they are here to take me and Anthony home,” the young woman told herself, praying as her father was escorted through to another room.

Her brother Tom, meanwhile, played gaily with the infant, bouncing him up and down his knee.

“I can see it to this day,” Philomena, now 80, recalls 60 years later in the regal surrounds of a London hotel, breaking eye-contact and staring into space as she relives the scene.

“I can see just Anthony bouncing on Tom’s knee. He was having a happy lovely time with my brother and my brother said he had a mark on the back of his shoulder.”

Assuming the identity of her brother for a moment, she breaks her serious gaze and points to her right shoulder enthusiastically, mimicking his wide grin.

“Tom had exactly the same birthmark,” she explains. “He said, ‘Oh look!’ He loved him the whole time he was there.

"But he was only there a couple of hours and then he had to go and leave him.”

Philomena’s father had returned. Changing the tone of her voice to that of the nun who would extinguish this last glimmer of hope, she frowns: “He is quite in agreement with Anthony being adopted.”

So she was to lose the child she had reared — and without the luxury of having a say in the matter or knowing where Anthony was going or when.

She would not even get to kiss him goodbye. “To the day he died, my brother regretted every minute of that,” she says, now regaining eye-contact and shuffling forward.

“He never stopped talking about it. He would say: ‘Why didn’t I run all those miles down the road and bring him home that day? Oh I wonder where he is. Is he on death row? Is he in Vietnam? Is he here? Is he there?’”

Anthony, meanwhile, would be told he had been abandoned when he returned to Ireland years later in search of his mother. Philomena shudders. 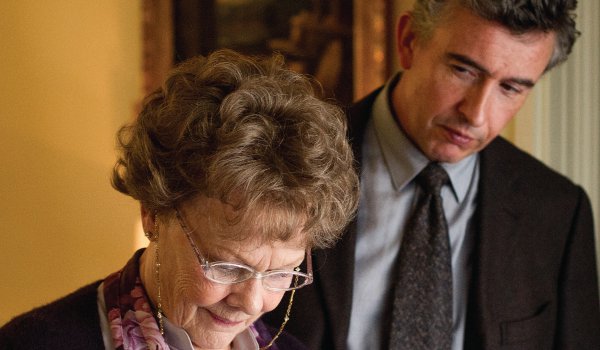 Philomena is played by Dame Judi Dench in the film, which also stars Steve Coogan, who wrote the script

Shortly after that painful moment in Sean Ross Abbey, Philomena began her search for Anthony.

And that story has now been made into a critically acclaimed film starring Dame Judi Dench as Philomena and comedian Steve Coogan as the British journalist who would assist the Limerick woman in her attempts to track down her son.

The film’s release follows a series of rapid developments since 10 years ago, when Philomena still had not told anybody about Sean Ross or little Anthony Lee.

In the intervening five decades, Philomena had moved to England via Liverpool, spent 30 years working as a nurse in a psychiatric hospital and settled in Hertfordshire with her new family.

It was her daughter Jane who she first told about Anthony. “Once Mum told me it explained a lot,” she recalls, sat to Philomena’s right. “It explained why we were not raised as Catholics, why we did not go to the Catholic school and all that.

"I felt very sorry for her when she first told me because I just cannot imagine having a child taken away from me at that age.”

Philomena says she was terrified of what people — even her own children — would think if they found out about Anthony.

“I could not tell anybody, because of the guilt in here,” she explains, pointing to her heart.

“We were classed as really bad sinners and we had to ‘repent for our sins’. And we were told we had ‘committed a mortal sin’ by having a baby.

"And as a young person in Ireland in those days you just believed everything they told you.

Philomena rolls her eyes before again affecting the melodramatic accent of a Sean Ross nun.

In real life, Philomena’s experiences in Tipperary turned her away from the Church. She still believes in a “hereafter” and continues to pray “like every Irish mother”, but doesn’t go to confession or communion.

It’s not quite like that in Philomena the movie though. Coogan, who wrote the screenplay after being touched personally by the story, wanted to get something extra out of the relationship between the Irish woman and Martin Sixsmith, her journalist companion.

He wanted the story to be about “intuition versus intellect”, contrasting the reporter’s cynicism with Philomena’s faith.

So Dame Judi’s Philomena is a little more devout than her real-life incarnation. That doesn’t annoy the woman herself, but her daughter is a bit more defensive.

“The way she plays her on screen — and the way the character is — is a little less intelligent than my Mum, shall we say,” Jane comments.

Laughing, Philomena adds: “Yeah, ‘I am a dumb cluck’. And I am definitely not a dumb cluck. But it brings a bit of humour into it!”

In any case, she is simply overjoyed that the Oscar winner is playing her at all, especially seeing as the two have now formed what she says is a close friendship.

Recalling the first of her many meetings with Dame Judi, Philomena adds: “It was like we had known each other for years.

“We just sat over lunch and chattered away about one thing or another!” 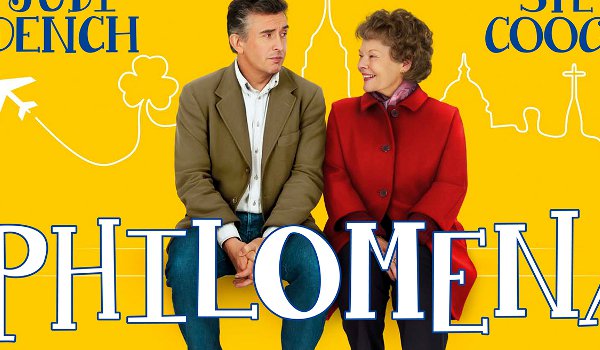 Philomena is directed by Stephen Frears, who also directed The Queen

The great tragedy of Philomena Lee’s story came soon after she told her daughter about Anthony.

The revelation set Jane off on a frantic journey to find her sibling. But she would discover a painful truth at its climax.

Her mother’s confession had come almost a decade late. Anthony, or Michael Anthony Hess as his adopted parents had named him, was dead.

As Philomena struggles to find the words to capture the grief she felt at that moment, Jane recalls that it was a nun who told them over the telephone.

“It was horrendous,” she says. Then, in her most laconic contribution during our conversation, Philomena offers her own thoughts.

To this day, Philomena regrets her decision to keep Anthony a secret for so long, confining herself to comforting glances at pictures of him sneaked to her by Sean Ross’ “nice nun”.

“Why I could not tell anyone I will never know,” she adds. “I suppose I felt guilty that they might think the worst of me.”

Jane interrupts: “She thought we would reject her because that is what she was told by the nuns.”

But it wasn’t just that. “My father had done it too,” Philomena explains. “He just rejected me and that was it.”

The moment of discovery would not be the end of their search though. They soon discovered that Anthony had been a successful lawyer and a respected member of the Republican Party, serving in the White House under Presidents Ronald Reagan and George Bush Sr.

Then, after enlisting the help of Sixsmith, Philomena and Jane finally got to know the man himself, including why he had died at the age of just 43.

He had been gay. And he had died from AIDS. Philomena is quick to point out that Anthony’s sexuality would not have bothered her at all and that she sees a painful similarity between them.

Anthony was the ‘fallen man’ to her ‘fallen woman’. After meeting his long-term partner, Pete Nilsson, she also discovered that Anthony never gave up hope that he would someday find his mother.

He had returned to Tipperary several times and had asked to be buried back in Sean Ross, where he had once bounced up and down on the knee of Philomena’s brother at a time when things could have taken such a different path.

“I always thought to myself that I had the one consolation that he remembered me,” Philomena smiles.

Jane adds: “My first thought when we went to the grave was that he must have wanted to be found.”

Anthony’s memory of the mother who loved him so was also plain in the fact he had worn a silver Celtic ring for most of his life.

Pointing to her left hand, Philomena says she now wears it to remember him. As far as regrets are concerned, her feelings are simple.

“Anthony had a good life in America,” she says, nodding. “He was very intelligent and I don’t know how I would have been able to help him.

“All I wanted to do was just put my arms around him one more time and say ‘Oh, I have found you.’”

But, Jane explains, her pain would have been magnified if Sixsmith hadn’t helped them track down the real Anthony and give her mother the small mercy of closure about the son who was ripped from her life.

“Now I have been able to lay him to rest in here,” Philomena says, pointing again to her heart as she had done when talking about the guilt that once consumed it.

“I have always been praying for him. But I have been able to lay him to rest because I know he is in heaven.”

With a peaceful exhalation and a gentle smile she adds: “I have no animosity against anybody now. I am at peace with myself really.”