AFTER locating an old warehouse space down a cobbled Dickensian Dalston side alley, we are greeted by our beefcake ‘waiter’ for the evening and whisked upstairs to where ‘Madame Harriet’ is air kissing her guests and seating them at her dinner party, darling.

The table is set and so is the scene.

All the actors are university or drama school trained but working 'normal' jobs by day and making art by night. They deserve plaudits for what they have done here with limited rehearsal time and a shoestring budget.

Over 90 minutes four delicious courses are served while the play literally happens around you. The script is heavily ad-libbed and so changes with every performance. Every night, the audience (who can BYOB) are encouraged to take part.

Harriet is a pseudo foodie, all talk of deconstructed walnuts and organic quinoa hash with a Peruvian twist. She's dating Frances, a human drip reared on hotel food who likes to give a little preamble before each course. Harriet’s sister Kate is on edge of a breakdown while her oblivious husband (Lucas)s cheerfully scoffs down plate after plate. 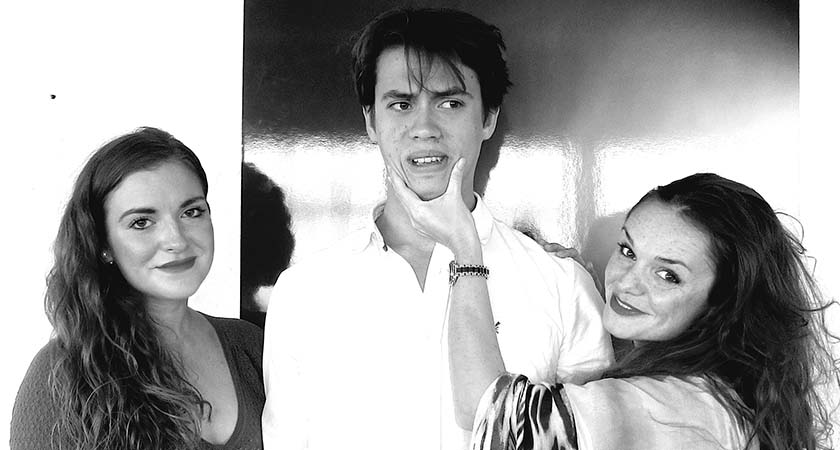 Like any typical family dinner it all starts off ok, but soon things get tense.

‘Conservative’ Kate and ’hippy’ Harriet can't resist taking digs at each other and things come to a head when Kate’s past eating disorder, and subsequent inability to conceive are revealed.

The whole play exposes our love/hate relationship with what we eat and pokes ruthless fun at 21st-century food snobbery, for example it comes out that Frances the great gastronome and oenophile who can’t cook and uses an app to help him fake his ‘wine vernacular’.

The food deserves special mention (whipped up by chef Arthur Clamen behind the scenes). Each course is top-notch and justifies the steep £50 ticket price.

There’s also a star turn and plenty drollery from Harriet’s teenage son Andy played by Joshua Charles Cheung who tolerates his Mum’s culinary claptrap while secretly feasting on Maccy D’s. Honestly, this guy could be the next Cumberbatch/Hiddleston.

As the play builds to a climax, the main course arrives with a bit of surprise presentation (I won’t spoil the fun).

After the performance, the actors change into their own clothes and stick around to chat. Stuffy theatre it is not.

Eat Hackney is up for an award, and if they get it there’ll be a transfer and an all important cash injection. Let's hope they do, because this isn’t just immersive theatre, it’s innovative and intimate too.

Is this the shape of things to come? Something to chew on.