The four-part Irish language series Na Gael Marys has been made for BBC Gaeilge by DoubleBand Films.

It focuses on the topic of modern dating, which is a daunting prospect for many people.

It’s a tough game, where first impressions are crucial, and saying the wrong thing, even wearing the wrong shoes could mean it’s game over.

But there is an answer to the dating prayers – in the form of Na Gael Marys.

Three former Mary From Dungloe Festival contestants travel the length and breadth of Ireland using their pageant poise and style to help four unlucky-in-love men find their way through the dating wilderness. 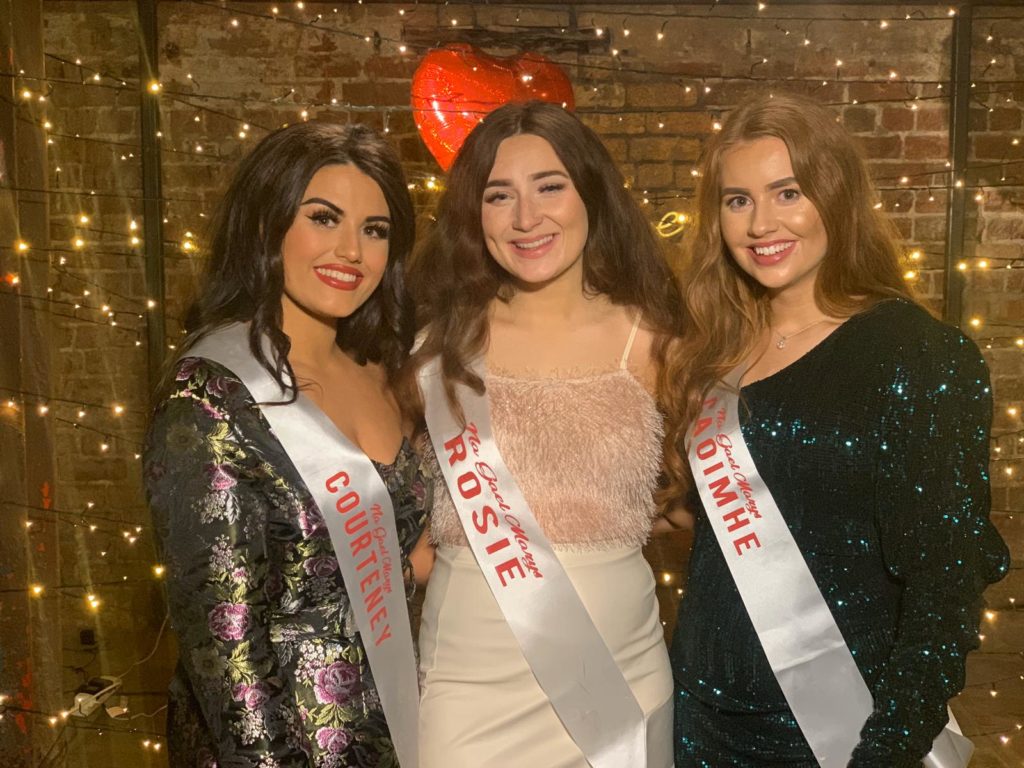 They are Rosie McNally, Caoimhe Walsh and Courteney Boyle – each one skilled in refinement, grace and presentation.

Each week they will help one man who is looking for some advice and wisdom on how they can revamp themselves and upgrade their love-life.

Honed by their experience in the Festival, which crowns a new Mary From Dungloe each year, the Marys have a wealth of tips on style, confidence and how to make a good impression.

And they use this insight to help the men make the most of what they’ve got - identifying his personality strengths and where encouragement is needed.

Along the way wardrobes are updated, hairstyles and scruffy beards are groomed and the Marys divulge the secrets of dating repartee.

With mock dates monitored by the trio, the Marys do more than help the guys with their love lives.

They leave a lasting impression, imparting their wisdom about life as well as love in this light-hearted series that takes a look at modern life and dating with a sense of humour and self-awareness.

The first episode aired on June 1 on BBC Two Northern Ireland, but all episodes will be available to view on BBC iPlayer as of this month.

Catch the series on www.bbc.co.uk/iplayer