Topless Irish farmers challenge One Direction for number one spot

A GROUP of ruggedly handsome Irish farmers are challenging One Direction’s number one spot in the Christmas calendar charts.

The globally successful boy band have topped the charts with their 2014 calendar, and this is the third year running that they have claimed first place.

This year's edition joins 1D's two other wall charts in the Top 10 list.

The Irish Farmers’ collection is close behind in second place, having moved up four places from last year and it is threatening to knock the world-famous band off their top spot. 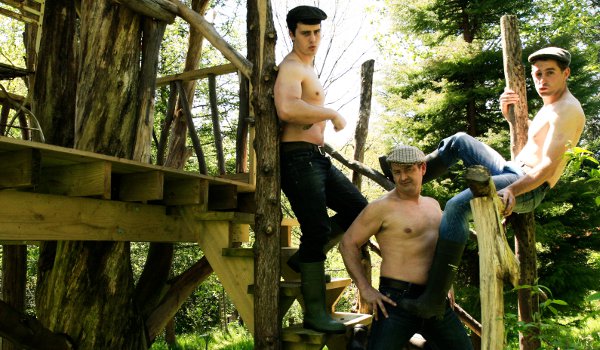 Farmers posing in the photo for June

Achieving its highest ever position, the country and farming-themed calendar features the hunky farmers in a series of light-hearted, topless photos through from January to December.

The list was compiled by The Calendar Club after a study of sales across its 22 stores in Ireland and it said the chart is a good popularity indicator of the year ahead.

Jedward reached second place two years ago but did not make the top 50 in this year's list.

Hugely successful RTE series Love/Hate has a debut calendar devoted to one of the hit drama's leading characters, Robert Sheehan, in 11th place. 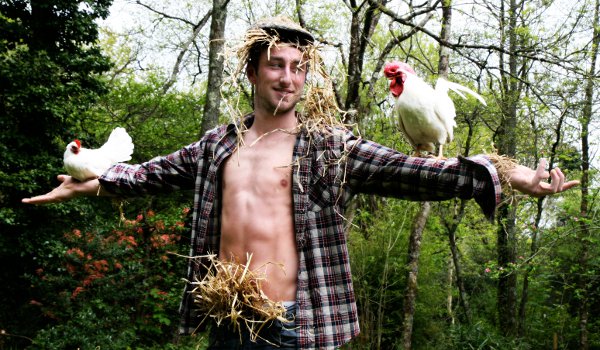 An incredibly successful year for comedy Mrs Brown's Boys has helped their new calendar reach 13th place in Ireland and fifth position in the UK.

The only other Irish calendars to feature in the Top 20 were the Irish Vintage Tractor wall chart in tenth position, and Wild Ireland in 19th place.

The calendars - which have been running since 2008 - raise money for charity and feature female members of the cabin crew in beach wear.