THIS MAID of Honour deserves a medal.

With family gatherings, parties, nights out, and big weddings all ruled out for the foreseeable future, the people of Ireland have had to get creative to celebrate big occasions.

Across the country, kids have had drive-by birthday parties-- sometimes with surprise guests of honour like the fire department and Gardaí-- adults have celebrated their birthdays with drinks and games over Zoom, and a would-be-bride has taken her wedding dress out for a spin in the church car park on what would have been her wedding day.

Another bride-to-be, Limerick woman Julie Byrnes, had been set to have her hen party on Saturday, but with social distancing measures still in place, had assumed it would not be going forward.

So she got a very welcome surprise when all her guests showed up anyway. 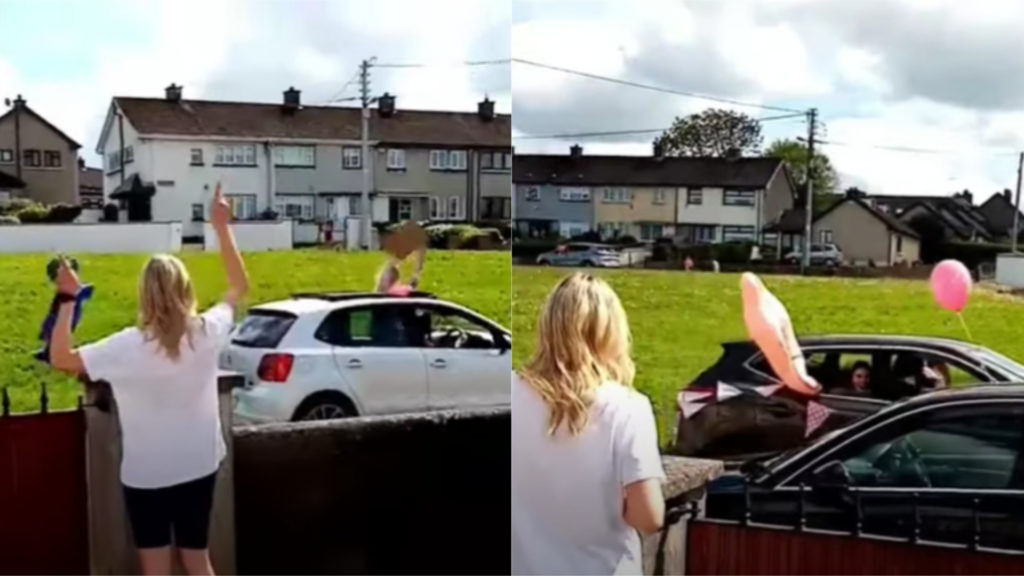 The Limerick Leader spoke to the Garryowen native, who said she got "a massive shock" when she was playing with her son in their front garden and realised all her friends had organised a drive-by hen party celebration.

"From around the corner I heard a load of beeping and I looked up and saw them all coming - around eight cars. I thought, ‘What is going on?’” she told the outlet.

“They had a blow up man, balloons, confetti poppers, whistles, the whole lot,” Julie said of the creative party.

Julie and her fiance, Jason, have decided to postpone their wedding for another year, and admitted "it was going to be a hard day"-- but thankfully this is one memory that will always make them smile.

"We are disappointed but we will have double the fun next year,” Julie told The Limerick Leader.

Congratulations, Julie and Jason, and let the countdown begin!