A 12-YEAR-OLD Irish girl is using her talents as a singer to draw attention to the need to protect the environment with a touching song directed at US President Joe Biden.

Ruby Maher and her siblings Robyn and Stacey, along with their father Dave perform as 'The Mahers', and youngest sister Ruby has already caught the attention of Will.i.am after she appeared on last year's The Voice Kids UK.

The musical family, from County Kildare, have teamed up with hugely successful Irish songwriter Brendan Graham, the mastermind behind 'You Raise Me Up', to create what they hope will become an Earth Day anthem.

'Lullaby For The World' is a response to Joe Biden's call for the young generation to engage with Earth Day and help stop the climate crisis and the destruction of the environment, with Ruby describing it as a "gift to President Biden to demonstrate how we as the young generation want to help bring Earth Day to the world's attention".

The song has been an immediate hit, soaring to number 2 in the Irish download charts just days after it was released, as the subject resonates with the people of Ireland and beyond ahead of Earth Day on 22 April.

Speaking on the song, Dave Maher said he and his daughters views 'Lullaby For The World' as "a song that is global and one which belongs to all of us," adding "We feel honoured to be the ones who have the good fortune to record it".

"Often the best ideas are the most simple and effective and Ruby’s call could be a lightning rod. The kids are the custodians of our earth, so educating, engaging and energising them with a vision of a clean, safe and beautiful world is one of the best things we can do for them."

12-year-old Ruby called Joe Biden her "hero", and said "If we can just all work together we can do so much to save our beautiful world''.

"I am just a little girl and [Biden] is a really important person and it would be brilliant if he adopted this song for his environmental campaigning. The ears of the world would listen, it would be amazing." 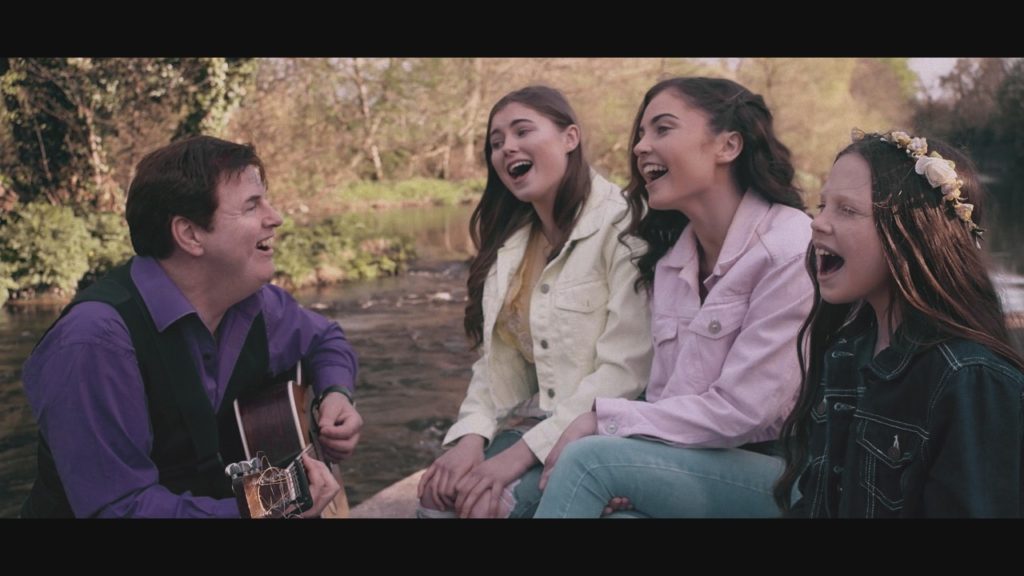 Ruby, Robyn, Stacey and Dave have been signed by Rick Blaskey-- the man who 'discovered' global star Whitney Houston at the age of just 16, and who helped her become the icon she is revered as today.

He said "I always approached launching Whitney as so much more than just launching a new record and I have the exact same feeling with The Mahers."