'We built this city (on stocks & holds)': an interview with Irish novelist Kevin Power

ECONOMIC DISPARITY and financial privilege have always loomed large in the work of Kevin Power, nowhere more so than in his brilliant new novel ‘White City’ which follows the disintegration of a disgraced banker’s family after the collapse of the Celtic Tiger.

“I’ve always been interested in the private lives of powerful people who have been disgraced in some way,” Power tells us.

“Those people who would have you believe that fluctuations in the economy are like the weather, and not the inevitable by-product of decisions made in offices and boardrooms.”

Power first came to prominence in 2008 with the publication of his blistering debut ‘Bad Day in Blackrock’, a story which tracks the fates of teenage socialite Richard Culhane and his two friends Stephen O’Brien and Barry Fox.

After attending a house party in the wealthy suburbs of south Dublin, the three friends become involved in an altercation with one of their rugby teammates, Conor Harris, resulting in the latter’s death and a panoply of complex after-effects – including (though not restricted to) manoeuvres by the boys’ parents to try and evade justice.

The book – which was loosely based on the real life case of Brian Murphy – was an instant success.

It won Power the Rooney Prize for Irish Literature in 2009 and was adapted by acclaimed director Lenny Abrahamson for cinematic treatment in 2012.

The resulting film starring Jack Reynor, What Richard Did, won five awards at the IFTAs including ‘Best Film’, ‘Best Actor in a Leading Role’, ‘Best Director’ and ‘Best Script’.

“Like a lot of young men who go after ambition and neglect emotional well-being, that early success led to a prolonged period of depression and anxiety,” Power says.

“It took a number of small, incremental achievements and getting work in ‘the real world’ to build myself back up.

“Routine was really helpful. You have to rob literature of its lofty specialism to have any chance of writing again.”

After a hiatus of almost 15 years, during which time he took on teaching responsibilities at Trinity College Dublin, wrote numerous short stories and started a family, Power finally felt able to return to the novel form. 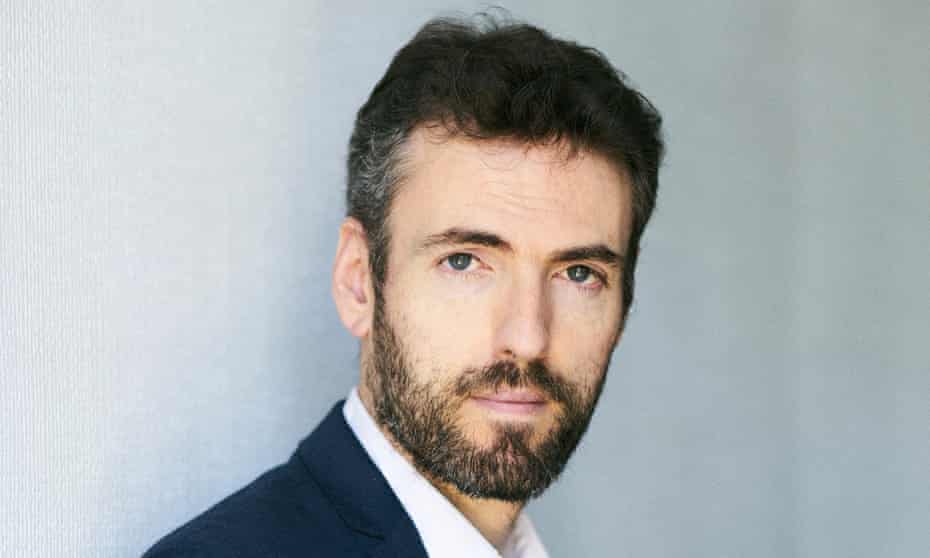 Though his interest in examining the fallout from the Celtic Tiger never waned, his style had changed.

‘White City’ was born; a book which – unlike its darker, more hyperrealistic predecessor – hits its mark using humour, exaggeration and satire.

“I wanted to write a funny book,” Power says.

“To my mind, the great Irish satires of the modern era are the Ross O’Carroll-Kelly books and novels which track the corruption and degradation of the Celtic Tiger and its aftermath using a combination of realism and humour. Books like Paul Murray’s ‘The Mark and the Void’.

“Murray in particular has a talent for looking under the rock of Irish society and seeing all these rich, pathetic creatures scurry,” he laughs.

Power, however, is keen not to take too simplistic a view of the Tiger era’s excesses.

For him, both ‘Bad Day in Blackrock’ and ‘White City’ started as personal projects; character studies about how one deals with disgrace, rather than deliberate moralising.

“Gore Vidal once said that corruption didn’t require a conspiracy to function, only incompetence and arrogance on a large scale.

“For these privileged characters, it’s all about competitiveness and amorality – they all have the same assumptions about the world, and in that sense the end result is much the same as something more coordinated, like a conspiracy.

“These guys see a city like Dublin, not as an amenity that people have to live in and interact with, but as a field of play.

“For some reason, I’ve always been interested in writing about people like that,” he laughs. “Psychopaths. People with no moral compass.”

And yet, for all that, Power’s characters seem to offer hope of redemption.

‘White City’s’ protagonist Ben, for example, moves through his narrative toward something resembling remorse – despite protestations to the contrary that he is merely following in the footsteps of literary antecedents like the speaker in Dostoevsky’s ‘Notes from Underground’.

Ultimately, whether we want to or not, what makes these characters so compelling is our desire to know them, and in so doing, projecting a morality onto what we perceive as sociopathic so that we can try and understand where we have gone wrong as a society.

In that sense, Power’s novels are deeply empathetic, for indeed, their characters are not the privileged elite we’ve heard about on the radio, but ourselves. Our own worst instincts made flesh and brought to life.