‘Who cares about upsetting people…we just want to be funny’

Hecklers, nudity and ‘crossing the line’, ahead of the London Irish Comedy Festival, Katy Harrington quizzes three comedians to find out what makes them tick…

What makes you laugh?

Aisling Bea: My sister Sinéad reading a text message aloud from my mother.

Andrew Maxwell: I like seeing a dog chase its own tail. I do find that very amusing.

PJ Gallagher: I seem to laugh at nearly everything to be honest. It’s like a default reaction I have to most things and it has gotten me into trouble a few times, but it’s better than crying.

AM: I laugh all the time. I was laughing this weekend with a mate of mine gigging out in Sweden. The Scandinavians put us to shame. They are laughing at your material in their second language. They’re translating your entire act, with all its nuances and accent and everything and laughing in an instant. It’s embarrassing when you’re Irish…

AB: September 18, 2013, about 7.40pm. The comedian Romesh Ranganathan was telling me about the time he accidentally shaved his sideburns off.

PG: I fell off my friend’s son’s BMX bike yesterday convinced that I could do the same tricks I used to do when I was 14. Funny enough I couldn’t. Watching people in tears laughing at me in pain for some reason kept a smile on my face for the whole day. Every cloud…

AM: I’ve always liked Milton Jones’ joke: A month before my grandfather died, my grandmother covered his back in margarine. He went downhill very quickly after that.

PG: Jokes are like songs, I have a new favourite and best joke every week. My favourite this week is too long to get into, but it ends with a bunch of penguins enjoying a movie in the cinema, which is nice.

What made you get into comedy?

PG: I honestly have no ability to do anything else.

AB: A deep sense of self-loathing and a need for validation from strangers… and the women, obviously.

AM: I was a class clown, simple as that. The complete stereotype of a comedian. Luckily I went to a very liberal school where the teachers didn’t kick the crap out of me. They encouraged me and I started doing stand-up when I was 17.

Who is your favourite comedian?

AB: Rihanna. Surely her behaviour is a joke… surely? I hope so for the sake of humanity and the young people who fund her career.

PG: The best stand-up comedian I have ever seen is Jason Byrne, if you haven’t seen him live then you’re missing out. I also love Chris Rock and would have loved the opportunity to see Richard Pryor live.

AM: My favourite comedian is an American friend of mine who passed away called Patrice O’Neal… he made me laugh a lot. A lot of American guys, Louis CK, Bill Burr… Pajama Men are a pretty amazing double act from America. The guy that’s really on fire at the moment is Perry Alderton from Essex, he’s fantastic. 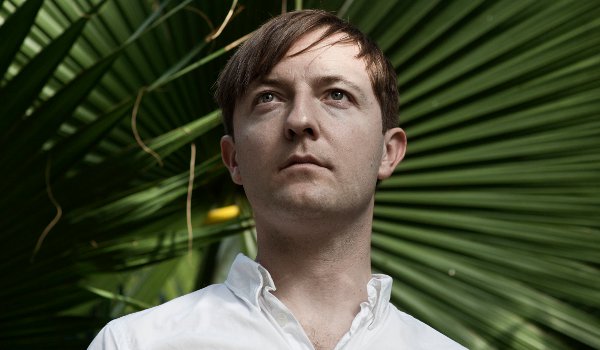 What’s the most common misconception about comedians?

AB: That we all live in the same flat-share in Scunthorpe and tag in and out of a series of unhygienic, rarely-cleaned bunk beds.

PG: That we are all really depressed off stage, or that we must be hilarious all the time. We are neither, just normal people that stay up a bit later.

Any situations you just can’t find humour in?

AM: Ya sure. When no one’s to blame and it’s just a big horrific disaster like the Japanese earthquake a few years back. Where was the angle there? Nothing. The earth burst and a lot of people died. That’s just saddening.

PG: Yeah there are a few things I prefer not to talk about. For instance I’ve often tried to write material about my dishwasher but there’s just no humour in it at all. Must be faulty.

How do you deal with hecklers?

AB: I find a simple, polite, “Your father is a whore” normally does it.

AM: I’ve been doing comedy 22 years. Even if a heckler got a really funny line, they never have two. The whole thing’s rigged. It’s like a casino. In the heckler’s mind they have a 50/50 chance against a professional comedian. But they don’t, you’ve got the mic, the stage, the lighting, people are pointing towards you, they paid in to see you, not them!

PG: Most are OK and some are even pretty funny. Generally I try to include them briefly and move on. Hecklers can ruin a show but an overreacting comedian is just as bad.

What’s the strangest thing that’s ever happened to you at a gig?

AB: I was accidentally booked on to an experimental music night by quite a scatty Rastafarian gentleman, but decided to go on anyways after the Turkish beat boxer and before the Japanese screaming band…

PG: A Russian man threw me over his dinner table once and nobody noticed. Then there was the time 200 accountants chased me into a car park. After those two I realised I probably shouldn’t do corporate gigs anymore.

AM: I was flying back to London from Dublin after a gig, having a quick scoop before I got on the plane, and I bumped into five kids from Dundalk. I was at the bar and they came over and said they were flying to London to try and meet me and Pete Doherty.

I didn’t know if they were winding me up but I had a drink with them on the plane, put them on the list for my gig that night and gave them a few names of a few pubs… then we went our separate ways. That night they came to the gig and said they’d had a great day. I said, “At least you got to meet one of the two”, and they were like, “No, we met Pete Doherty too.” They had pictures taken with him and everything… 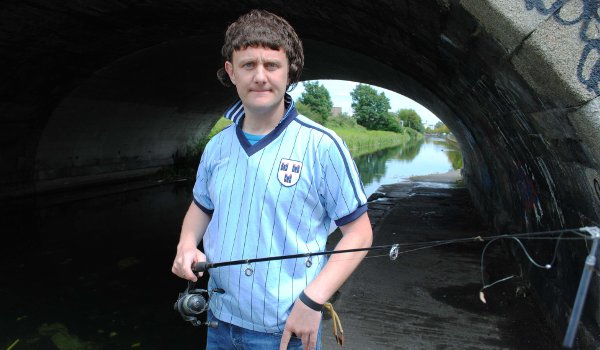 Do your friends and family think you are funny?

AB: I think so, they say things after gigs like, “Aren’t you great to do it?”, “How do you remember all the words?” or “The curtain behind you was a bit ratty looking.”

PG: Yes but for all the wrong reasons.

Is there a difference in British/Irish humour?

AB: I don’t think they would have sent a puppet of a turkey to represent them in the Eurovision song contest, so yes, probably.

PG: I hope not, otherwise I could be in a bit of trouble when I do the next show there.

Should comedians have lines they don’t cross? Do you?

AB: I think if your business is your words, then you should have a responsibility with those words, who they effect, what they do and what they are used for, otherwise you are just a monkey who will dance for any amount of nuts.

I’d like to think if you are brave enough to do edgy material that you could do it to the people it is about and the people involved stand by or defend your words if they upset somebody.

If you are going to throw “rape” about, for example, just to get a gasp, then you are not a comedian, you are a shocker who should do a bit more writing, but you should be able to use it if it is funny. The rule is always punch up and don’t punch down. Who are you attacking… the victim or the abuser?

AM: I get asked this a lot and the answer is no. We get our judgment instantly from the crowd. If the audience laugh they have understood your take on a taboo topic. If you haven’t done it with grace and foresight, it’ll be clumsy and crude, it won’t get a laugh and you’ll never say it again. Comedians don’t care about upsetting people, that’s the last thing on our minds… we just care about making it funny.

AB: I’ve had a few lovely ones, I went on before Stewart Lee at The Shepherd’s Bush Empire in March and went on after Eddie Izzard at a completely improvised gig in Montreal which was surreal. And Deirdre O’Kane, who has always been a bit of a hero of mine, came to one of my London previews and that was really special to have her there.

AM: Over the years my dream was getting Altitude — the comedy festival we do every spring in Austria — off the ground and that’s purring away nicely now. Next year will be our seventh year, so that’s the biggest achievement. I worked with Steve Martin a couple of years back and that was a big moment.

PG: The success of my first TV show Naked Camera was the best moment and the resulting spin-off was the worst. Since then it’s all been good. I’m lucky.

What can we expect from your set at the London Irish comedy festival?

PG: I’m not sure to be honest, but I promise to do my best.

AM: S**t I don’t know! I haven’t thought about that at all. I’ve done the festival before and really enjoyed it. It’s not often I do a gig that’s to mostly Irish people in London so it will be fun.

Tell us a joke right now…

AB: P**s off and come back when you can afford to pay me for one.

AM: I don’t really do jokes. It’s a real craft if you can do one-liners, but it’s not me…

PG: No way, I’m saving them for the show.