Why Hollywood can't get enough of the Irish-American cop

Sellars, played with quiet, cold-eyed menace by Michael Keaton, is the CEO of a mega-corporation named OmniCorp and he’s keen to cash in on modern society’s multiple paranoia: “We need to give Americans a figure they can rally behind.”

Padilha’s Robocop sees Joel Kinnaman replace Peter Weller in the title role but his remake will surely be viewed by sci-fi aficionados as inferior to Verhoeven’s earlier version.

Verhoeven’s Robocop spawned a violent cultural crop, including movie sequels and video games, but none suggested the subtle mischief that Verhoeven interlaced with the original’s murderous mayhem.

Another quality that the first Robocop had was the debonair presence of Dan O’Herlihy, still one of the most underrated of Irish actors.

O’Herlihy worked with heavyweight auteurs like Welles and Bunuel and had a lofty reputation, and was an unlikely casting for what seemed to be a trashy sci-fi flick. But in playing the amoral corporate CEO looking to privatise the future of crime prevention, O’Herlihy brought a touch of what Pauline Kael called “rotting solemnity” to the role.

As the character named simply ‘The Old Man’, he was more sinister for appearing so suave and sophisticated.

There’s a moment in Verhoeven’s Robocop when The Old Man is seen heading up a commercial for his company’s futuristic cyborg police officer, in which he talks about “the cancer of crime” threatening America’s cities.

This fevered sentiment informs the updated Robocop, too, but it seems much more of our present time than in 1987. The original was set in Detroit “sometime in the future” but had the sense of a distant dystopian world akin to Fritz Lang’s iconic Metropolis (1927).

The action in the new version also occurs in Detroit, but in 2028, a time-frame that seems close enough to be in touching distance.

This somehow makes the narrative links all the more resonant between our current time and the movie’s fictional future. Today’s America — with its War on Terror, War on Drugs, etc — exists in a state of heightened anxiety.

Feeling under siege from so many demons, a sense prevails in the American psyche that the “home of the brave” is in need of desperate protection and American cinema has always reflected on the country’s deepest fears.

So perhaps the most interesting continuity between the 1987 Robocop and the 2014 model is that the main character’s name is still ‘Murphy’. Such a distinct Irish moniker has meaning in American popular culture and it extends a line of factual and fictional references stretching back to the late 19th century.

The late 1800s saw Irish-Americans dominating law enforcement in major US cities, from New York and Boston to Chicago and San Francisco, meaning they grew prominent as the defensive figures against America’s many horrors and dangers. 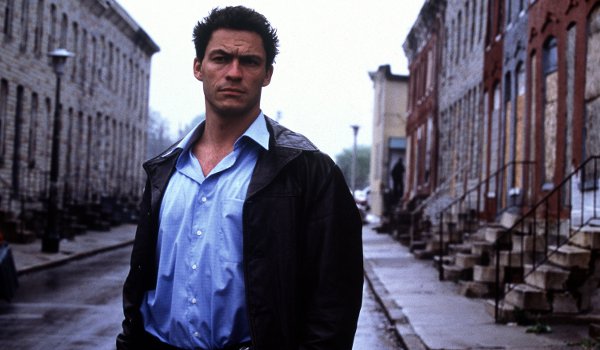 The Irish were seen as the best suited to act as the local law — tough enough for the physical demands but also literate in English for the administration. By the 1900s the Irish cop was familiar enough that George M Cohan could entertain audiences with vaudeville characters like Captain Kelly.

And the ‘tough Irish cop’ has been a fixture in American narratives ever since. His shift from stage to screen in Hollywood was cemented by Spencer Tracy, Pat O’Brien and James Cagney (who didn’t just play gangsters) performing Irish-American cop roles.

Over time this character symbolised a particular mentality. In public perception the tough Irish cop doesn’t worry over solving the crime, instead he confronts the criminal — head on. Unlike Lieutenant Columbo, who disentangles tricky riddles, the American public prefer their Irish cops to beat up the bad guys and protect them on their streets.

This kind of no-nonsense cop became iconic in 1971 with Gene Hackman’s Popeye Doyle in The French Connection and Clint Eastwood’s Harry Callahan in Dirty Harry.

Both were based on true-life figures. In Doyle’s case the basis was Eddie Egan, a brash New York detective commonly known as ‘the big Mick’.

Controversial though these figures are, their public appeal is undoubted. If they act ugly and nasty it’s because they deal with ugliness and nastiness. They break the case by busting heads. These days their cultural sons include (among others) Jimmy McNulty from The Wire and Vic Mackey from The Shield.

There’s a line in Sidney Lumet’s Serpico (1973) where a Jewish cop tells an Italian cop that to get ahead in the NYPD, a man needs “a shamrock tattooed on his ass”.

Irish-America has a long-held, powerful presence in American law enforcement — in reality and in popular entertainment.

The Robocop movie of 2014 names Murphy as the protective figure of America’s future but he’s drawn from a popular Irish-American myth with roots dug deep in the past.

Robocop is out now in cinemas nationwide.