Irish chipper making battered Jaffa Cakes ... would you try them?

DEEP-FRYING chocolate bars is nothing new.

The battered Mars bar for example has long been a famously infamous staple of the British isles.

Across Europe, countries are staring at us with expressions of confusion and intrigue in equal measure as we happily combine two foodstuffs which shouldn't be in the same shop, let alone the same mouthful.

But deep-frying Jaffa cakes ... is it too much?

After all, what even is a Jaffa cake? It's not a chocolate bar, obviously. You find it in the chocolate biscuit section of the confectionary aisle, but calling it a biscuit would be like calling Roy Keane a Man United fan. It looks like one, it's certainly packaged as one, but once you tuck into the gooey centre and open it up you realise it's anything but.

They are, in fact, cakes (they get harder when they go stale, unlike biscuits which get softer). What we're talking about here is a deep-fried cakes. A dripping dollop of diabetes wrapped in grease paper, yum. But we all know we'd try it, let's be honest. 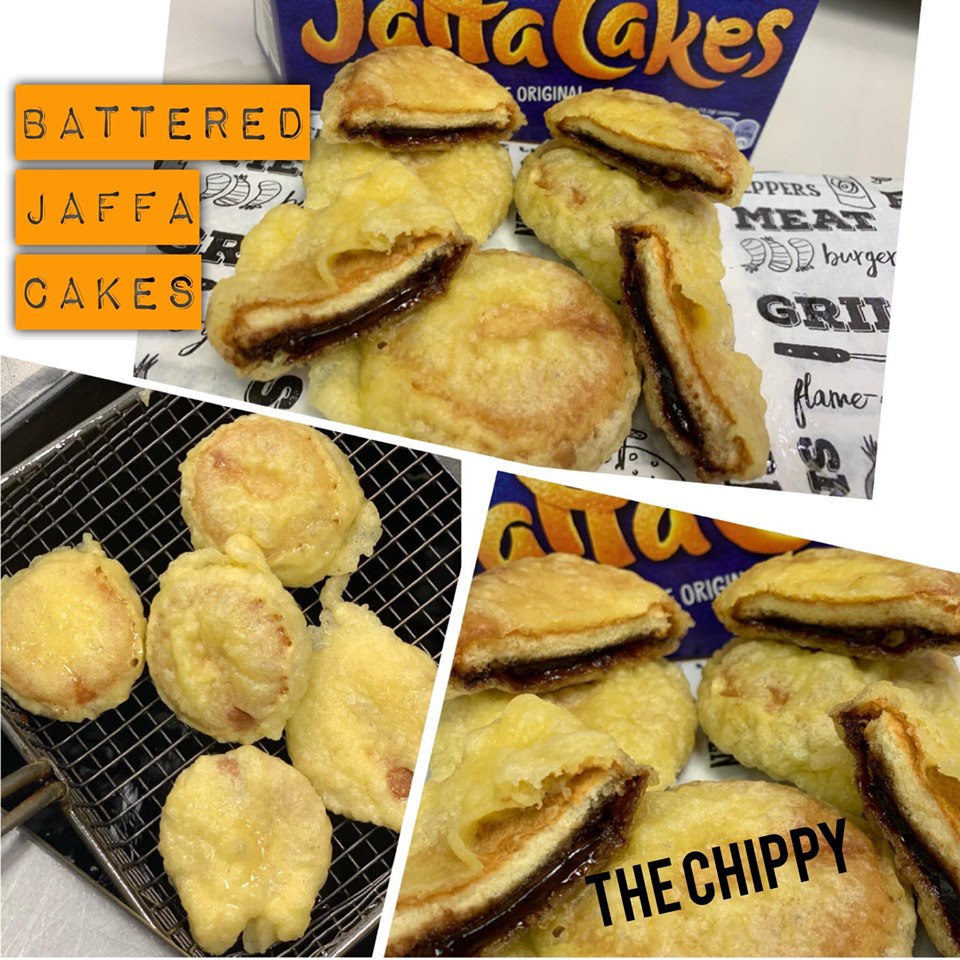 Anyway, The Railway Chippy in Co. Antrim has decided to push the boat out and release this wonder to the world and apparently the reaction from locals has been grand.

A spokesperson for the Northern Irish chipper said: "They are going down quite well. Some people were a bit sceptical about trying them but once they ate they quite enjoyed it.

"People have already been giving me ideas of what they would like to see at Halloween and Christmas!

"We do these wee random treats, not necessarily to sell them but to see what people think. It's definitely got people talking and they are debating whether to try them or not."

Can't argue with that. What'll be next I wonder? A battered Terry's Chocolate Orange?

We've got the perfect roast lamb recipe for Easter Sunday