The most expensive whiskey in the world – here’s the list

WHISKEY HAS become a collector’s item. In fact, competition has become so intense around auctions for these whiskeys, that journalists are starting to turn up to report on the millionaires and billionaires buying them. So let’s have a look at the most expensive bottles that have sold recently.

The Most Expensive Whiskey – The Macallan 1926 60-year-old

The Macallan 1926 60-year-old recently sold for a whopping $2.3million, breaking previous records of the most expensive whisky in the world. Christie’s of London moved this item at the Finest & Rarest Wines & Spirits auction. This bottle was part of a twenty-four bottle limited edition series. The ultra-rare beverage was distilled in the year 1926. It sat aging in ex-sherry casks in Scotland for 60 years, until 1986, when it was bottled. The bottle was hand-painted by renowned Irish artist Michael Dillon. There is only one hand-painted Dillon bottle in the world, which explains its price. 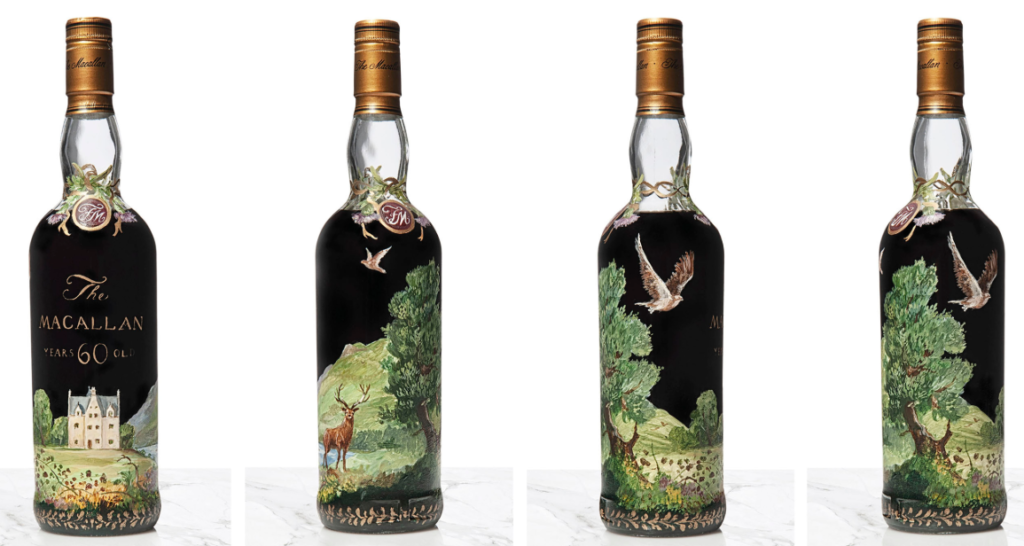 The Most Expensive Whiskey – The Macallan Valerio Adami 1926

The Macallan Valerio Adami 1926 fetched a whopping $1.7 million when it came under the hammer at Bonham’s whiskey sale in Edinburg, Scotland in October 2018. The bottle was designed and crafted by artist Valerio Adami. It was a limited-edition series – only twenty-four bottles were ever released by the brand. Of those, only 12 had Valerio Adami’s name against them.

The whiskey was distilled in the year 1926 and is one of the rarest drinks on the planet. It was bottled after sixty years in the year 1986. It holds the reputation as being a unique blend of vintage and rarity. 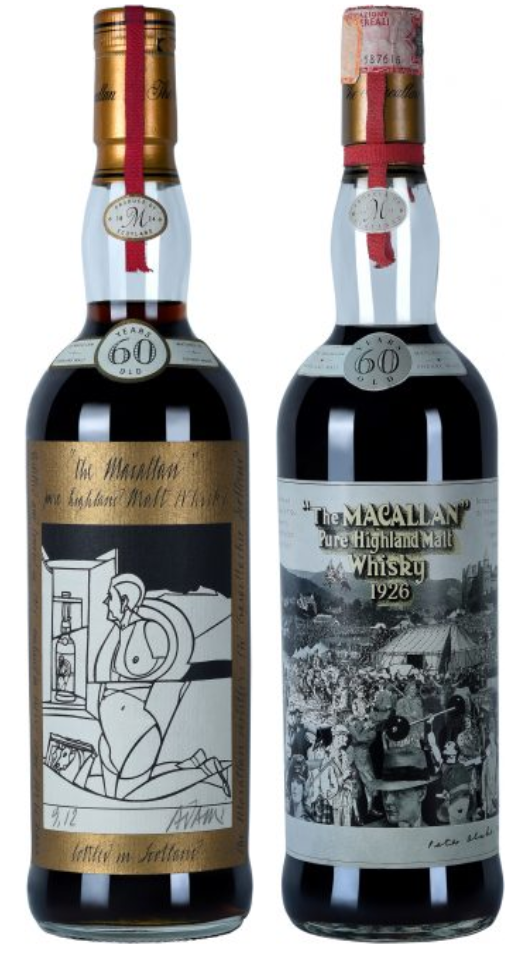 The Most Expensive Whiskey – Macallan “M”

A bottle of Macallan “M” whisky recently sold for $964,200. The sum was paid by a buyer in Hong Kong in January. The hand-blown decanter created as much value as the whiskey did. It took 17 craftsmen over 50 hours to complete the final bottle. It is one of only four “Constantine” bottles in existence. The whiskey was aged in casks for 25 to 75 years. 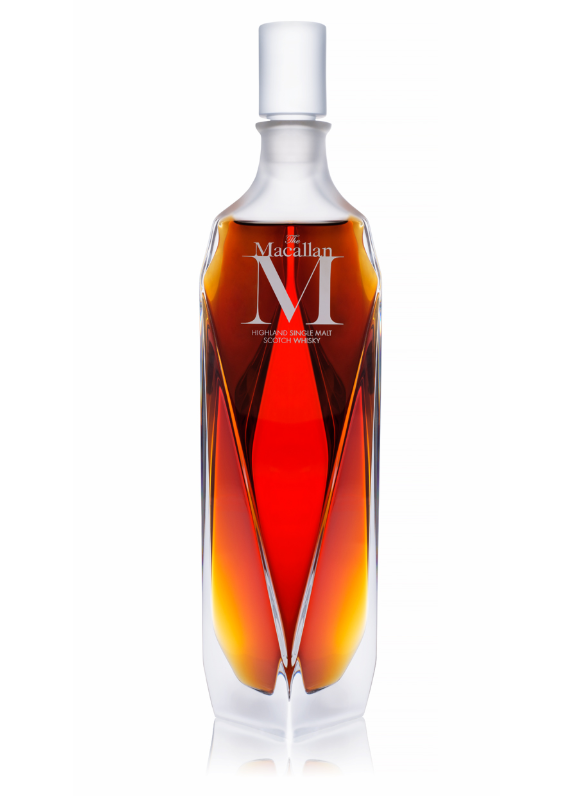 Yamazaki Single Malt Whisky Aged 50 Years NV is a rare Japanese whisky. It fetched $465,000 at Sotheby’s Finest and Rarest sale in Hong Kong recently. The Yamazaki distillery was founded in 1923 by Shinjiro Torii. It was Japan’s first commercial whisky distillery. This whiskey was matured in casks made from mizunara (Japanese Oak). Only three editions of 50-year-old Yamazaki were produced. It is one of the scarcest Japanese whiskies – the first edition consisted of just 50 vessels and was bottled in 2005. 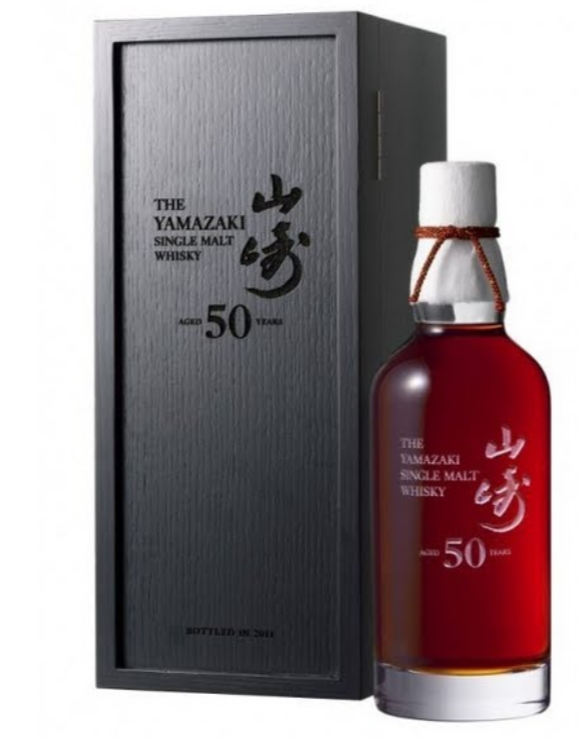 The Dalmore Trinitas is one of the world’s most expensive whiskeys at $250,000 a bottle. It is part of a limited-edition series; in fact, the company had released only three bottles. Of those three, only one was available for sale. The whiskey was created from batches that have been preserved from 1868, 1926, 1878 and 1939.

Johnnie Walker Diamond Jubilee Whiskey is a snip at $240,500 per bottle. Assuming that there are 28 drams in a bottle, that’s around $8,590 grand a dram. It is held in a diamond-shaped crystal decanter made by Baccarat, with a silver collar set with a half-carat diamond. Only 60 bottles were ever made, making this limited-edition whiskey very valuable. The whiskey itself is a blend of grain and malt whiskies, all distilled in 1952. It was left to age in a cask of English oak from the Queen’s Sandringham Estate. 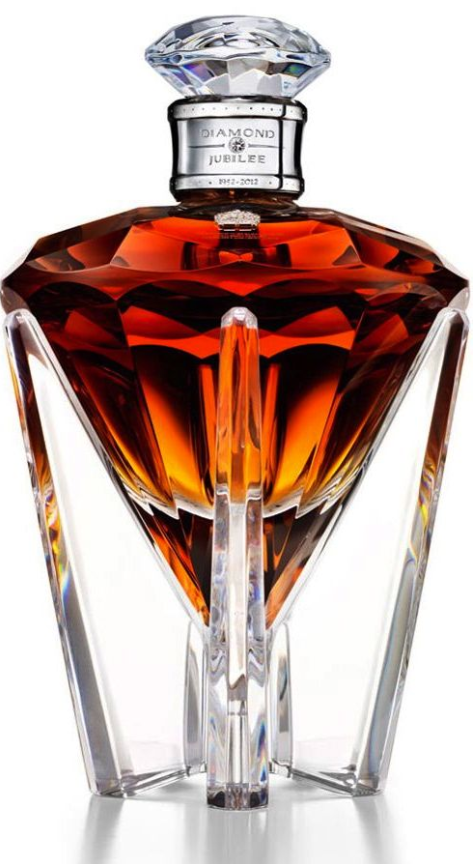 And of course we have the most expensive Irish whiskey. The sale of this whiskey ushered in a new era for ultra-rare luxury Irish whiskey. Just three bottles of this rarity went on sale this month for €40,000 each. The Midleton Very Rare Silent Distillery Collection Chapter Two was the second release in Ireland’s oldest ever whiskey collection.

Uisce Beatha: How 'Whiskey' came from the Irish phrase 'water of life'