THE currach, with its primitive design of wooden frame and waterproof skin, is the best known of all the Irish boats.

By mid-twentieth century this once common boat was noticeably disappearing from our shores, and rarer still were the currach builders who held a knowledge passed down from generation to generation.

In 1968, the National Museum of Ireland (NMI)recognised the threat to the traditional currach and, given the Museum’s role in preserving heritage objects for the benefit of the Irish people, began the process of having one commissioned for the national collection.

When asked by the then Director of the National Museum of Ireland, Dr AT Lucas, the renowned Irish folklorist Ciaráin Bairéad identified Michael Conneely for the job - a carpenter and farmer who learned the craft from his own father, who was mostly self-taught. 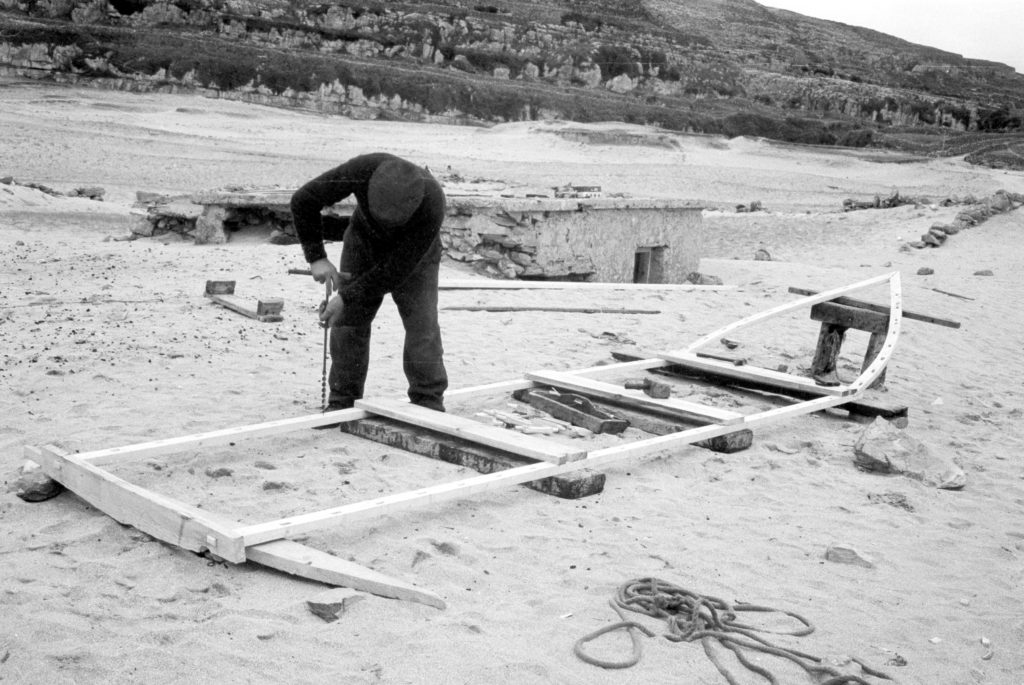 He made currachs for people on the other two Aran Islands as well as the mainland and had the craft well honed.

When finished, the 19 and a half feet, three-man currach, was complete with mast and sail. Over two hundred photographs and video footage documenting the build, along with details logged in the NMI team’s notes and correspondence, provide a significant and complete record of the vanishing skill of traditional Irish currach building.

The unique footage, following Mr Conneelly carefully and craftfully through the step-by-step building process, is now available to view on the National Museum of Ireland’s website for the first time in an online exhibition called Making a currach – Michael Conneely. 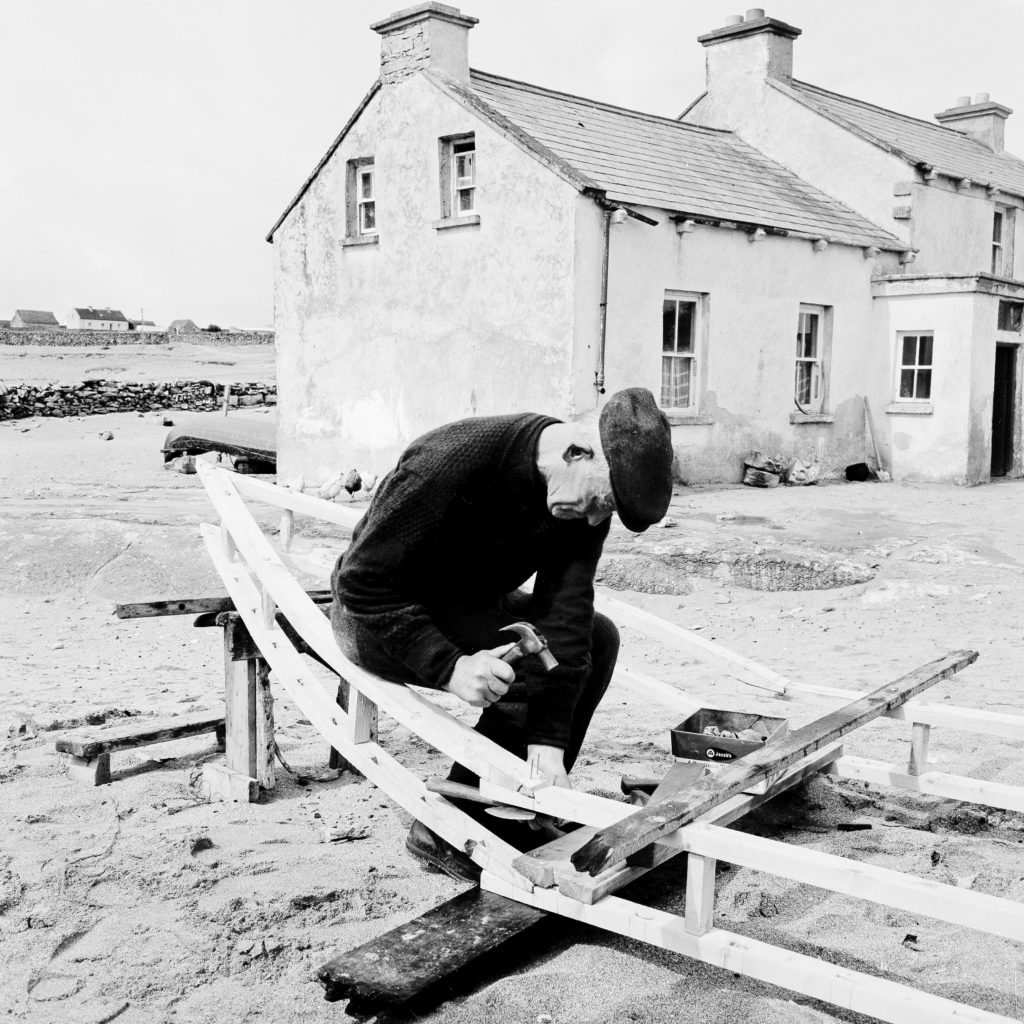 Despite the fact that people on the islands didn’t ‘get the sail’ at the time, he also fitted a mast and sail at the request of the Museum, made from calico, a type of unbleached cotton that is lighter than canvas.

“The detailed documentation undertaken of Michael Conneely’s creative process in 1968 is a fine example of this, and our national collection is richer today as a result of his talent, and the foresight of my predecessors at the Museum in capturing it for conservation.”

Noel Campbell, curator at the National Museum of Ireland - Country Life, Turlough Park, explained: “Mikey Conneely was a well-respected currach builder who received orders for his dependable currachs from the Aran Islands and the coastal communities of counties Galway and Clare. 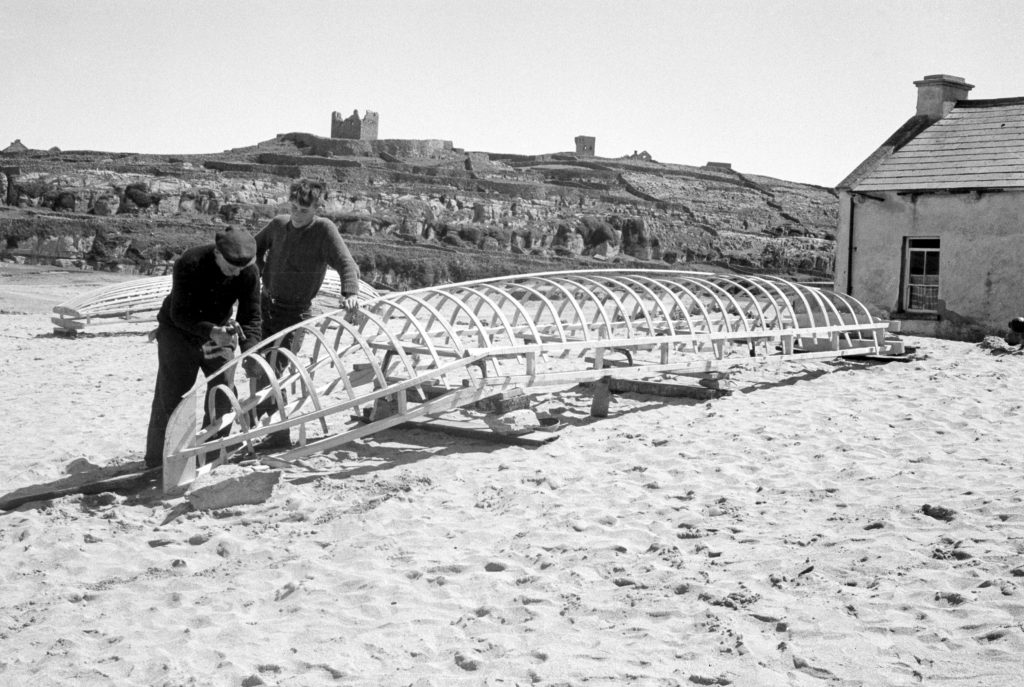 “We are very fortunate that over fifty years ago Dr Lucas, curator John O’Sullivan and photographer Brendan Doyle saw the importance of recording one the west coast’s currach building masters.”

He added: “The Mikey Conneely recordings and other boat related material from the NMI’s Archive are currently being researched as part of the development of a new gallery at Turlough Park which will focus on traditional boats of the west coast.

“The National Museum of Ireland - Country Life has begun a new programme of fieldwork and outreach along our Atlantic coast to further document traditional boats and building techniques.

“The findings will add to our Archive and greatly inform our future work and exhibits.” 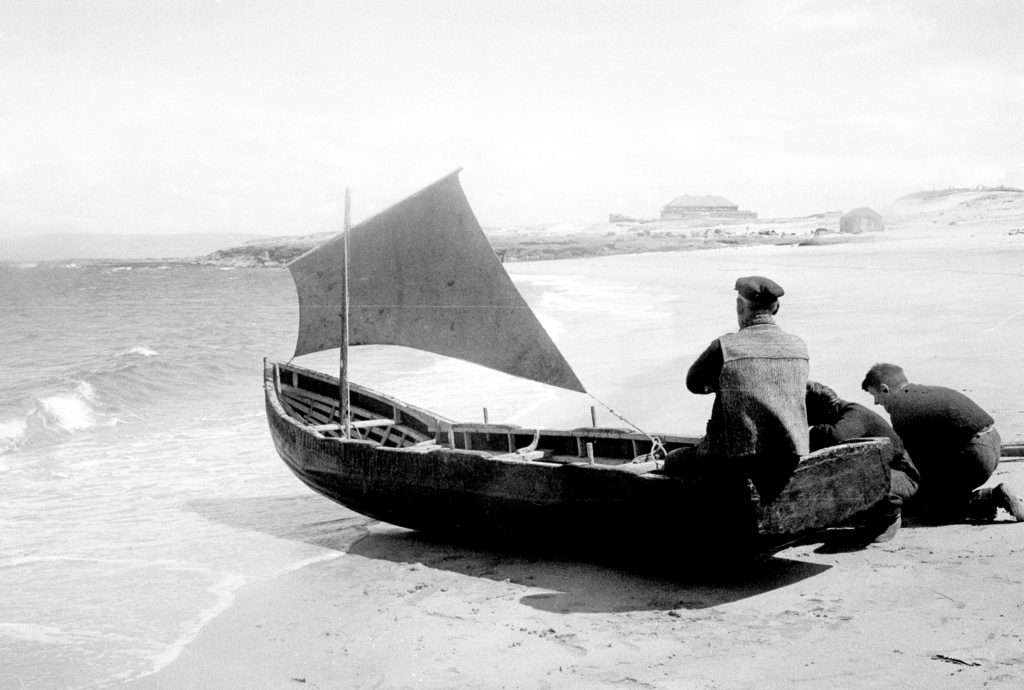 In Making a Currach – Michael Conneely, Michael’s daughter Máire Conneely recalls the excitement from the week the Museum visited their home on Inisheer.

“The currach was being made on the sand outside the house, so we children were able to keep an eye on all the work,” she says.

“We were surprised they were so interested in the work, they were writing down every word that my father said.

“Of course, pictures were being taken of the work.

“My mother had a job chasing us away, telling us not to be getting under their feet!” 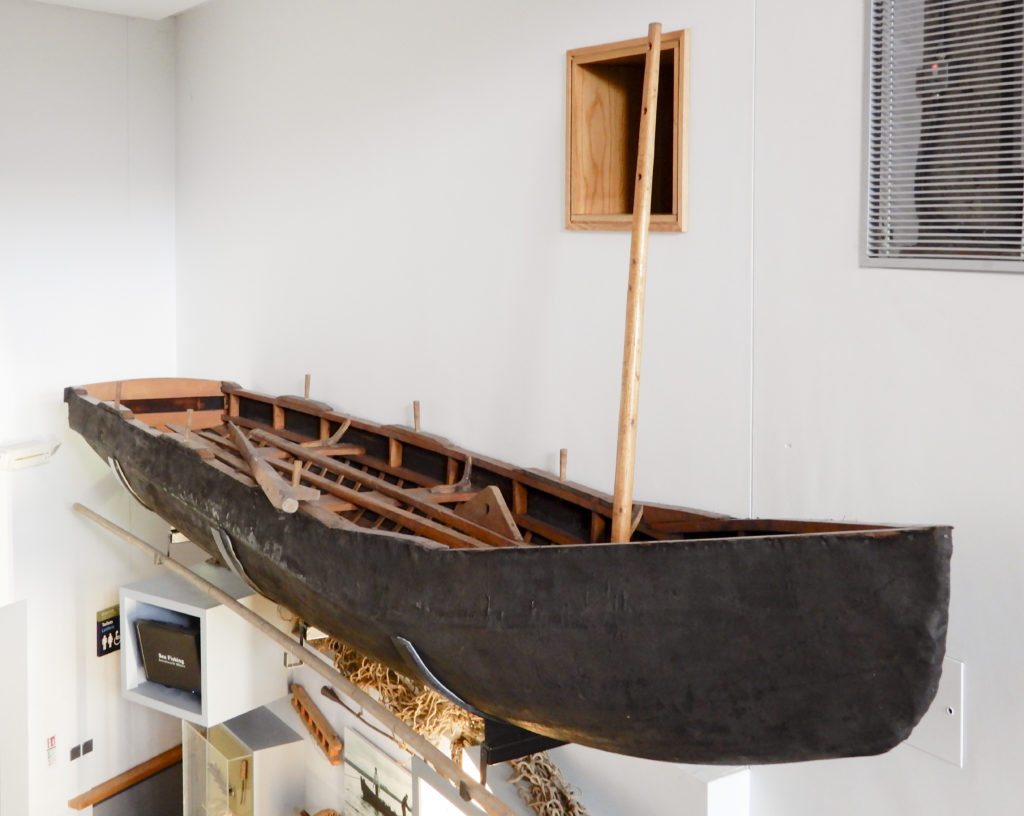 The Irish Folklife collection of the National Museum of Ireland amounts to over 37,000 objects.

The collection contains over thirty traditional Irish boats, 19 of which are currachs.

Making a Currach – Michael Conneely, can be viewed on the National Museum of Ireland’s website here.