The exhibition at Kilmainham Gaol.

THE OFFICE of Public Works (OPW) at Kilmainham Gaol Museum is today launching a special exhibition to mark the centenary of the first four executions of the Civil War.

The executions of the four men took place in one of the yards of the Gaol at 7am on 17 November 1922.

Peter Cassidy, James Fisher, John Gaffney and Richard Twohig were each charged with the unauthorised possession of a revolver and were tried at a military court in Wellington Barracks on 8 November 1922.

All four were young, working class men from the area around St. James’s Street, a short distance from Kilmainham Gaol.

The exhibition features the original last letters written by Peter Cassidy and James Fisher. These letters are particularly poignant as none of the young men were allowed to see their loved ones before their executions. In them they express their pride in the fact that they are to die for Ireland, but their distress at not being allowed to say goodbye to their families is palpable. 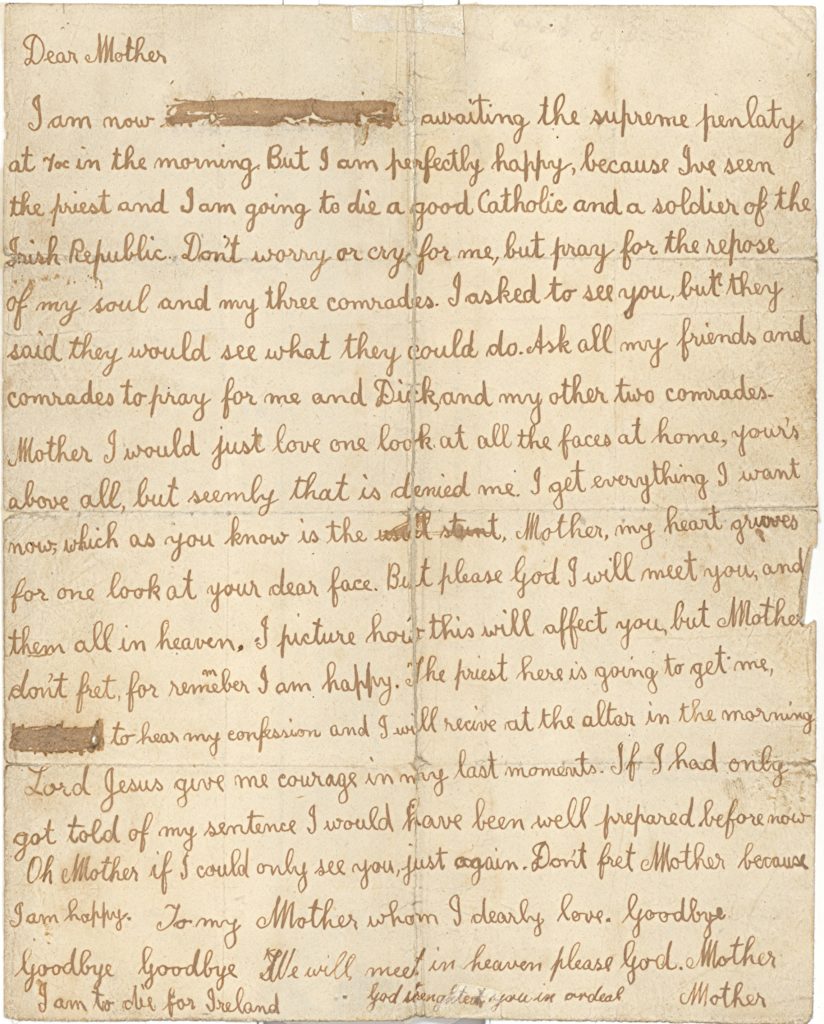 A letter from James Fisher to his mother.

Many of the items in the exhibition have not been on public display before, including a memorial card for John Gaffney and a letter sent to Peter Cassidy's parents by Phil Foley, who had been a prisoner with the four men in Wellington Barracks (now Griffith College).

He described how the four were removed from the barracks after breakfast on Thursday 16 November and the next day he heard of them was when he read of their execution in the evening papers the following day.

A further exhibition, looking at the executions which took place in Kilmainham in January 1923, will open in the new year.