NEW details behind the controversial shooting of the first Royal Irish Constabulary (RIC) man killed in the 1916 Easter Rising have been revelaed.

The film uses modern forensic expertise to investigate how and why Charles McGee, a native Irish speaker from the Donegal Gaeltacht, was shot dead on Easter Monday 1916.

Lá i 1916 (A Day In 1916) explores how the heir to a Belfast whiskey empire got caught up in the killing and the part played by a Belfast republican who would go on to serve as Tánaiste in the Irish Government.

And more than a century later, this new evidence brings the descendants of the chief suspect face-to-face with the policeman’s relatives to discuss the impact of his death. 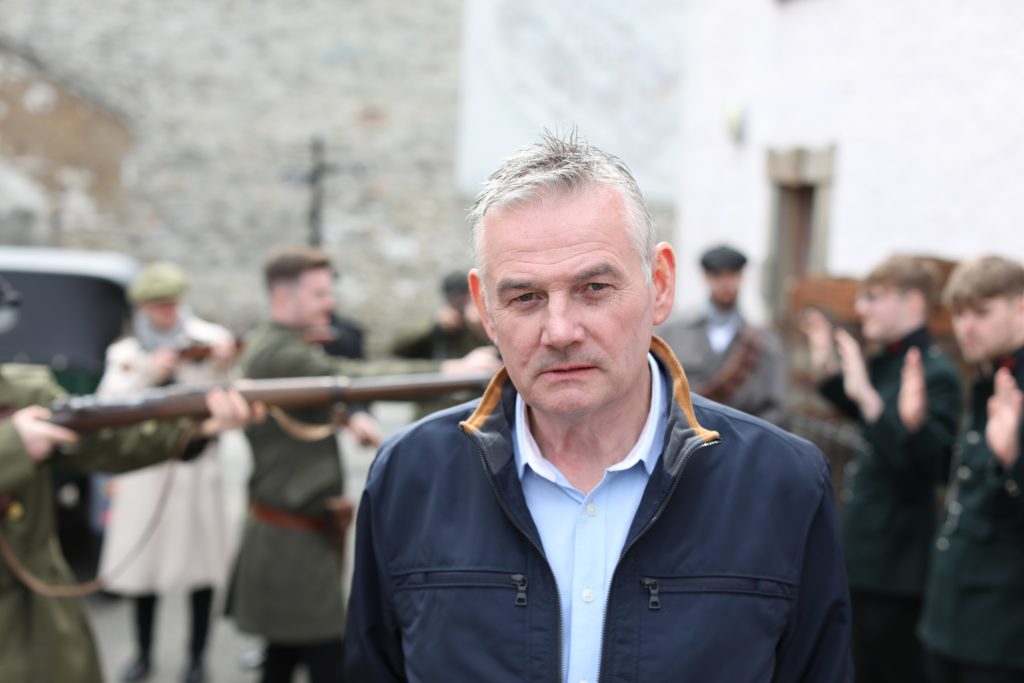 Investigative journalist Kevin Magee examines the lives of four men caught up in the events of Easter Monday 1916 when RIC recruit Charlie McGee, 23, a native Irish speaker from Inishbofin island was shot dead.

Lieutenant Robert Dunville, 23, the heir to the Dunville whiskey empire in Belfast was injured in the same incident after the pair were held captive by rebels in Castlebellingham, Co. Louth.

Drawing on a variety of sources, including witness statements from those involved uncovered from the Republic’s Bureau of Military History, the programme recreates the events of Easter Monday 1916.

To assist in the re-investigation, the Republic of Ireland’s former state pathologist Dr Marie Cassidy sheds new light on the case by providing a modern-day analysis of the type of bullet that killed the RIC man.

Lá i 1916 was made for BBC Gaeilge by Clean Slate Television with support from Northern Ireland Screen’s Irish Language Broadcast Fund.