ON THIS DAY: Irish playwright, politician and womanizer Richard Brinsley Sherdian was born 270 years ago

Born to literary parents in a fashionable part of Dublin on 30 October 1751, Sheridan was well poised – benefitting from the attentive eye of an outsider hobnobbing in establishment and literary circles – to be a great chronicler of his age.

Initially educated at an English Grammar school in Grafton Street, Dublin, Sheridan was uprooted to move to England at the age of seven.

He was enrolled at the prestigious Harrow School and began lessons in fencing and horsemanship with renowned Italian sword master, Domenico Angelo.

In the late 18th century these pastimes were not only the leisurely pursuits of the wealthy that they are today, but practical preparation for high-probability life-and-death scenarios.

Sheridan, by this this point in his early twenties and something of a hot-head, would reap the full benefit of his training when he fought two vicious duels with Captain Thomas Matthews in 1772.

Like many young men of the era, Sheridan guarded his honour, and by extension, the honour of his betrothed, with extreme ferocity.

And so when Matthews penned a newspaper article defaming Sheridan’s wife-to-be, the beautiful Elizabeth Ann Linley, Sheridan responded, predictably, with the sword.

While the first of their two bouts was a brief and bloodless affair, the second was a “desperate struggle for life and honour” that left both men badly wounded, Andrew Steinmetz writes in his book The Romance of Duelling in All Times and Countries. 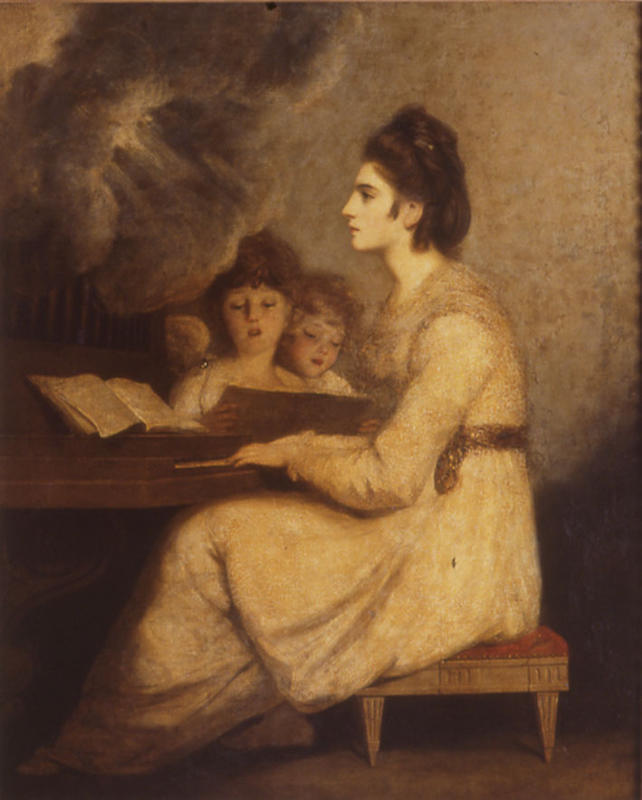 Sheridan soon recovered and made an honest woman of Elizabeth later that year.

The newlyweds were duly ushered out from the precarious world of bachelordom and into the embrace of polite society.

Though Sheridan was prepared to die a brutal death for his wife, staying faithful to her was another matter.

A life-long womaniser, it seems Sheridan first strayed from the marital bed to the visit the courtesan Margaret Cuyler, an actress in some of his plays and also, apparently, his mistress.

Sheridan’s most famous play, The School for Scandal, premiered at Drury Lane, the theatre the playwright eventually bought, and which remains standing to this day, on 8 May 1777.

The play was described by the critic William Hazlitt at the time as the “most original, perhaps the most finished and faultless comedy which we have”.

The Drury Lane theatre, home to Sheridan’s artistic universe, burned down in 1809.

Once his legacy was secured in the world of art, Sheridan entered the political arena, where he became known as both one of the greatest orators and most cunning operators of his day.

It is hard to overstate the tumultuous times which accompanied his parliamentary career.

Coming shortly after the American Revolution, the French Revolution was the most significant challenge to the social order of the European continent since the Reformation.

It sent profound shockwaves throughout the palaces of Europe, making many royals sit up on their thrones and pay attention to new liberal notions – like all men, whether noble or not, being created equal.

These ideas were so dangerous because of the determination of the people championing them.

Napoleon Bonaparte, an embodiment of the new order, met with the leader of the rebel United Irishmen Wolfe Tone to elicit his help for a planned French invasion of Britain.

When Tone told the French generalissimo that he wasn’t a military man and wouldn’t be of much use in an invasion,  Napoleon interrupted him, saying “but you’re brave”, historian Andrew Roberts writes in his biography Napoleon The Great.

Tone modestly agreed, to which Napoleon replied, “Eh bien, that will suffice”.

In light of such conversations, it is understandable that by 1803 fears of a French invasion of Britain were running rife.

In a rallying speech given in parliament at the time, Sheridan said:

“THEY, by a strange Frenzy driven, fight for Power, for Plunder, and extended Rule—WE, for our Country, our Altars, and our Homes.—THEY follow an ADVENTURER, whom they fear—and obey a Power which they hate—WE serve a Monarch whom we love—a God whom we adore...They call on us to barter all of Good we have inherited and proved, for the desperate Chance of Something better which they promise.

“Be our plain Answer this: The Throne WE honour is the PEOPLE'S CHOICE—the Laws we reverence are our brave Fathers' Legacy—the Faith we follow teaches us to live in bonds of Charity with all Mankind, and die with Hope of Bliss beyond the Grave.

“Tell your Invaders this; and tell them too, we seek no Change; and, least of all, such Change as they would bring us.”

One of Sheridan’s speeches was praised by Edmund Burke – another Anglo-Irishman, and perhaps the most accomplished wordsmith of the age – as the greatest ever delivered in ancient or modern times.

When Burke overstated the threat of French spies swarming into the country, throwing a knife on the floor in parliament for dramatic effect, Sheridan, showing his wit, shouted “Where's the fork?”, which led to roars of laughter from the stands.

Though a celebrated public figure, Sheridan led a troubled personal life – one which was eventually consumed by his more tyrannical tendencies.

He was no stranger to the bottle, gambled far beyond his means, and had a tendency to nurse delusions while ignoring reality.

Of his many creditors he said that paying his debts “only encourages them”, according to his biographer Walter Sichel.

In his later years, he became more lecherous and debauched towards women – some of which he threatened with social ruin, and in one case, assaulted, when they rejected his advances.

Sheridan took to harassing one of his only remaining friends, Harriet Spencer, for the final decade of his life.

On his deathbed in 1816, the ailing Sheridan assured a shocked and frightened Spencer that he would haunt her after his death “because I am resolved you shall remember me", John Broughton wrote in his Reflections on A Long Life.

The fascinating history of Irish emigration to Canada