IRELAND IS one beautiful country.

Whether it's miles of green fields and forests stretched out before you; the city's ancient walls and castles cast in orange light at dusk, or a series of islands standing proudly in the wild Atlantic ocean, every visitor to Ireland comes away completely in awe of the country's breathtaking beauty.

If we tried to list every gorgeous view in Ireland we'd be here forever, so we at the Irish Post have decided to break it down by province.

First up is Munster, which covers the south-west and which is home to some of Ireland's most famous scenery, such as ... 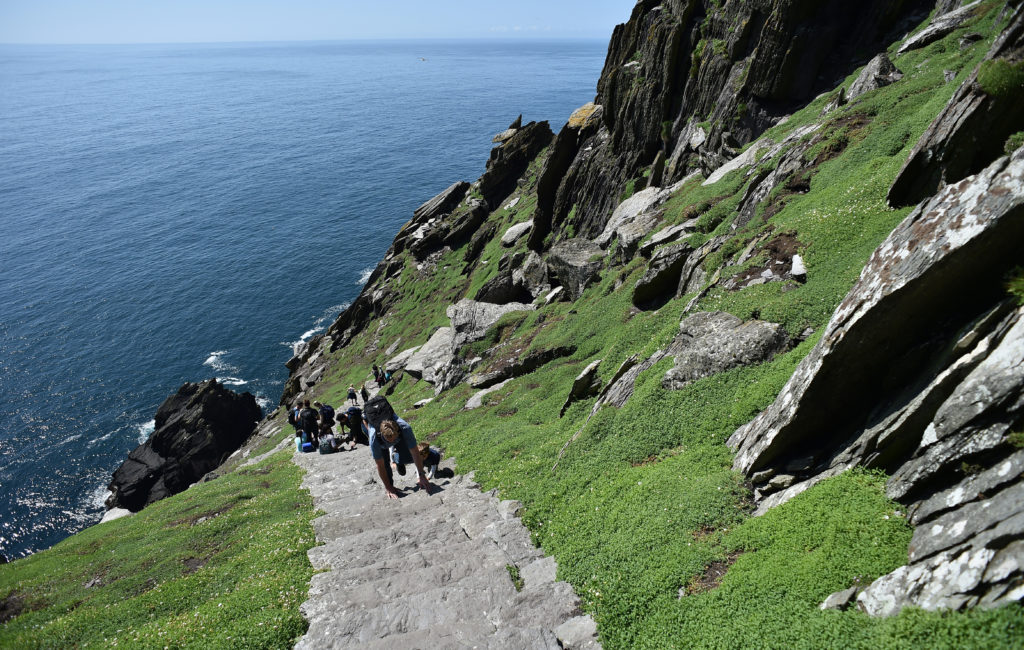 The island may now be famous thanks to it's starring place in Star Wars: The Last Jedi, but Skellig Michael was aweing tourists to the edge of the world long before the film came out.

An hour in Limerick beneath a perfect sky | #Ireland

Limerick city is underappreciated as an Irish tourist hub, but the artistic culture and views such as King John's Castle, glorious in any weather, is beginning to draw people in from around the country and beyond.

Killarney's national park is home to a host of flora and fauna, including wild deer and stags who you can often see wandering around the woods and fields of the park. The views open up from dense forestry to show the awe-inspiring Killarney lakes.

In 2026 Ireland’s Golf Course at Adare Manor will host the Ryder Cup. The hotel itself was names Hotel of the Year by Virtuoso in 2018. Looking to play or attend the most extraordinary golf events or courses? Contact us for your VIP experience. #golf #concierge #luxurytravel #eventplanner #travelagent #rydercup #ireland #adaremanor

Situated in an idyllic village just outside Limerick City, Adare Manor boasts one of the most well-kept castles in the country. It includes a hotel and golf course, and you can spend hours meandering around the area taking everything in.

The Titanic made it's final stop at Cobh's harbour, and while the voyage was doomed, the view as the ship pulled away must have been one of utter majesty. Cobh is situated a short train journey away from Cork city, and the journey brings you across the water and into the picturesque village.

The Burren comes from the Irish Boireann, and literally means 'Great Rock'. Most of the area is covered in wild stone, and the pure wilderness is perfect for outdoor activities like rock-climbing, absailing, cave-diving and kayaking, all the while surrounded by natural beauty of the Clare countryside.

7 The Cliffs of Moher, County Clare

Half of the run was just drizzly and grey (this picture!) then came the sideways rain and wind!! I know everyone says it... but pictures don’t do it justice. Started at Hags Head and ended at the Lodge in Doolin!! Spectacular day.

Arguably one of the most popular tourist spots in the entire country, The Cliffs of Moher perfectly captures the ancient wilderness that encompasses Ireland. Standing at over 700ft, the wind and rain can make going too close to the edge a dangerous risk-- but many people can't help themselves, drawn to the incredible view.

This historic castle housed the kings of ancient Ireland, and while the Norman invasion insured that they are all long gone, the majesty of the castle and its surroundings remains.

Home to some of the best surf in Ireland, Tramore Beach brings surfers from all over the world to ride the Atlantic ocean waves in this County Waterford town. Sunsets at this beach are simply superb.