An Irishman's guide to London's airports

SO YOU want to catch a flight? Well, you don’t really but you have no choice if you want to get home reasonably quickly.

What is the best airport to fly from? Your choice will most often be made by which part of London you live or work in. There may, however, be an option that you haven’t considered so I’ve listed some of the pros and cons of the various airports. Bear in mind, this information is based on nothing but my own personal experience.

I’ve asked my colleagues for some input, so you will see their views as well as mine. If your experience is different or you think we’re missing a few tricks then please post a comment below.

If you are Michael O’Leary and are thinking about complaining then present yourself wearing full body armour. I don’t think any one individual has caused me more misery over the years. And I’m a Spurs fan – a certain level of misery is a constant from August to May. 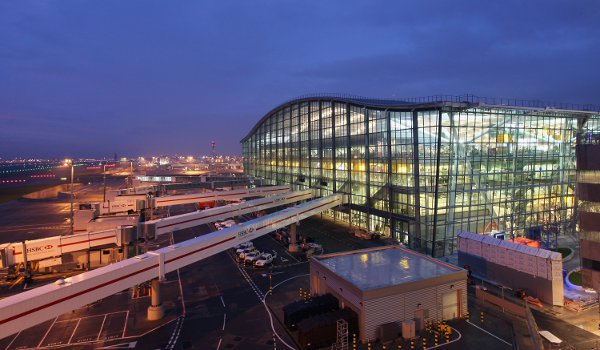 Pros: You can use your Oyster card to get to and from the airport, so you save a few quid that way.

Niall O’Sullivan: “That also means it’s less of a pain and that matters if you’re very lazy (like me). Also the best duty free.”

Accessible to the West End. Lots of flights to choose from.

Cons: Despite the fact that it’s on the tube line it takes frustratingly long to get there from anywhere east of Earls Court. Heathrow is the busiest airport on this and probably every other planet. That means that if your plane pulls out half a minute late it will be stuck in traffic on the runway and this traffic moves about as fast as the equivalent a short distance west on the M25 – if it’s a rainy bank holiday Friday and there’s been an accident. Also, flights approaching Heathrow often end up “holding”, or going round and round in circles somewhere north of Watford.

Flights from here are operated mainly by Aer Lingus, so they are often more expensive. If you get a decent deal, though, they are far more pleasant to fly with than Ryanair. But when it comes to a choice of being treated with basic civility or getting a cheaper flight, most of us will take the pound-saving option and put up with Ryanair’s trumpets and questionable attitude for an hour.

Conclusion: Good if you live in west London and aren’t fussed about paying a few quid more. 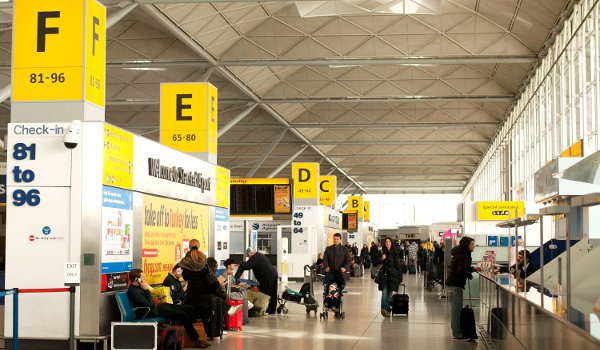 Boom... you've arrived on another on-time flight to Stansted Airport

Katy Harrington: “Terravision buses are amazing,  £6 one way or £8 at peak times. Takes under an hour (under 45 if you aren't travelling in rush hour). National Express leave from the same stop so you'll never be stuck. Has made getting to the airport zero stress. Plus the staff mainly seem to be laid back so they tend to be quite chilled even with neurotic tourists harrying them."

Queues for security are largely well controlled and move fast. And is it me or are the security staff there pretty bloody cheerful?

Cons: Two words: Stansted Express. They charge £23 for a single into Liverpool Street on this train. When deciding on a number we can only imagine that they thought of a fair price, doubled it, then added a pound.

The bus therefore becomes a far more attractive option. You can get a £6 ticket to Stratford, which is handy because Stratford is the still point of the turning world when it comes to transport connections in London. That bus takes around 45 minutes if traffic doesn’t strike, but you will probably have to wait longer for it to leave than you would the train, which goes every 15 minutes.

You certainly wouldn’t want to be relying on the bus from Stratford or Liverpool Street if you are under time pressure to catch a flight home. Potential for traffic ball-ache is high, especially during the week.

Steve Cummins: “If you book Stansted Express in advance you can get it for cheaper, like for £8 single. Best booking the train ticket whenever you book your flights. The one really bad thing about Stansted is that, for a major airport, it has really bad food options if you want to eat before you fly.”

Katy Harrington: “Pret is the only place in Stansted you can find a piece of fruit. People with a normal BMI whose flights are delayed for more than 24 hours must risk boarding their plane clinically obese.”

Conclusion: Handy if you live in east or north London. Bit of a trek from south London and not a great option for the west of town. 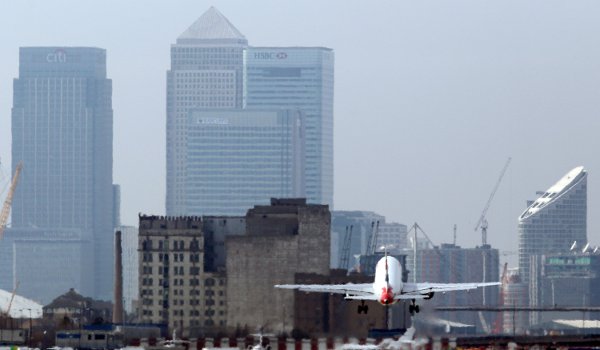 If you've got the cash, then this could be your view at take-off from London City Airport

Pros: Hello yuppies! This place is ideal if you work in the City or Canary Wharf.

Small airport means not too much in the way of queues and routine harassment going through scanners. Pleasant enough atmosphere in waiting area – if Luton and it’s abundance of charter flights heading to the sun offers the most potential for lairyness then this is the opposite. Maybe too much so.

I felt like a hobo here for wearing a tracksuit (and a tracksuit is by far the most sensible travelling outfit. I’ve never understood why so many people dress up to catch a plane, especially long haul flights. Fair enough if you’re dressed for work but don’t break out the good gear for a monster journey to Chicago).

The view on arrival is stunning. Planes approach over north east London, hang a right somewhere around the O2, fly west while just south of the river. Then it gets special, they double back around Big Ben and fly eastwards low over the City. The view makes a joke out of anything you will see on that big wheel.

When the airport approaches the pilot performs a really steep descent towards the runway. All of this is quite exhilarating or, if you, like me, are a nervous flyer, hell slightly above Earth (you can stop sniggering about being a nervous flyer. I question the survival instincts of anybody who is okay about flying. It’s not natural and counter to our every sound judgement).

Cons: Smaller planes so the flights take longer. Usually more expensive to fly from here, and cash is king – unless you work in the City, in which instance you probably have more than enough of it so you can pay the premium.

Conclusion: Great view, probably the best way to arrive back into London but make sure you've a hefty wallet in your carry-on. 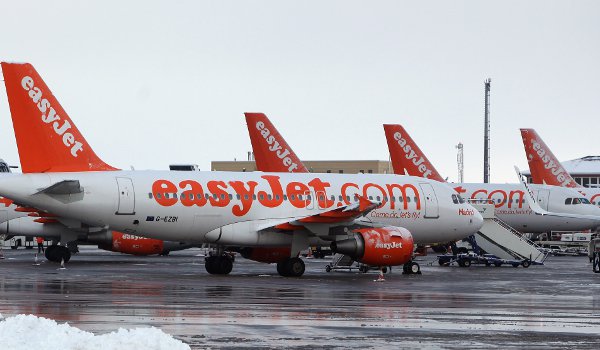 Easy and not too expensive (just under £13) to get to from north and north-west London on the train.

Steve Cummins: "Train linking Luton to Gatwick goes right through the night, which is handy should you be getting an extra early morning flight."

Cons: Airport not the most aesthecially pleasing building you will visit (but which one is?).

The bus from the train station to the airport can be a pain, especially when you are in a rush and/or humping a load of bags.  Flights to and from here are often quite cheap.

Steve Cummins: "Have time on your side here as it seems like everytime I arrive at Luton, security here really want to test my patience. They move like they’re constantly ‘doing the robot’ – very slow - and there's never enough security lanes open. One wonders how difficult it can be to keep those bags and people moving."

Niall O’Sullivan: “I have always found Luton traffic to be the worst, with the single lane approach that goes on for what feels like miles. I once had to sprint for 15 minutes down the road of static cars with my backpacker’s backpack on not to miss my flight. I also find Luton can have massive queues at security, and don’t get me started on the staff…”

Conclusion: Want to keep some cash in your pocket for Ireland? Well then Luton's a good option - just take the full two hours before boarding time to get through 'the system'. 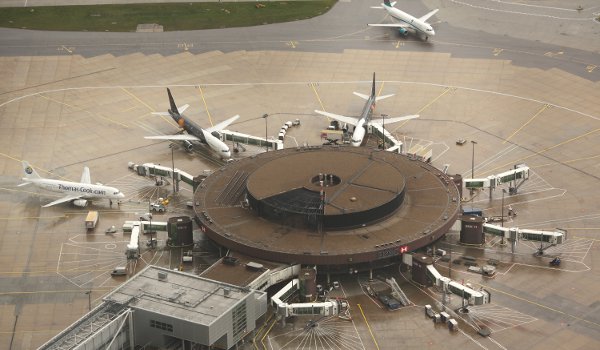 Gatwick Airport... is this London's finest for yee old Irishman?

Pros: Only costs a tenner to get a train out there from central London and you reach it in about 50 minutes from St Pancras. It’s faster again from Farringdon, London Bridge and only about 20 minutes from East Croydon.

I regularly catch late evening midweek flights from here and am rarely caught in any kind of queue to get through security, which is a blessed relief. Once the gate was closing at 9.05pm and I was sprinting through East Croydon at 8.35pm. I managed to make the flight, which was testament to the lack of silly hold ups. The security staff are pleasant people as well, which is a bonus.

Gatwick is underrated when it comes to accessibility. You can change at East Croydon for most south London destinations and even if you live in north London, you can get there from Kentish Town or Cricklewood in barely over an hour. You will have to change at St Pancras but this only involves getting off and waiting a few minutes on the same platform.

Gatwick has Ryanair and Aer Lingus flights, offering a nice bit of choice.

Cons: The food choice in the shopping area is a bit crap and over-priced but this is common to most airports, so we’re just nit-picking here.

Flights can sometimes take a tiny bit longer because they sometimes head off in the direction of the south coast before veering north-west.

Flying in on Sunday morning from Ireland can mean a very early start to get any kind of value.

Conclusion: Value, choice, accessibility to south London, north London, the City and West End, Gatwick is our winner. Well done Gatwick, have a new runway for yourself.