Best places to eat, drink and sleep in Ireland named – and they’ll blow you away

A PUB in Dublin has been named the best in Ireland at the annual National Hospitality Awards, but it was only one of a number of illustrious award winners from across the Emerald Isle.

The Stag’s Head beat out runners-up Doheny & Nesbitt for the title of Ireland’s best pub, whilst Loam in Galway was named as Ireland’s best restaurant.

Other awards included best nightclub, best destination hotel and best cocktail bar – with establishments from all across Ireland represented.

Here is a selection of Ireland’s most awe-inspiring establishments, according to Hospitality Ireland:

Glasnevin, Dublin is the setting of The Washerwoman – housed in a stone cottage dating back to 1700 and named after the many ‘washerwomen’ who hung their clothes out to dry along Glasnevin Hill. 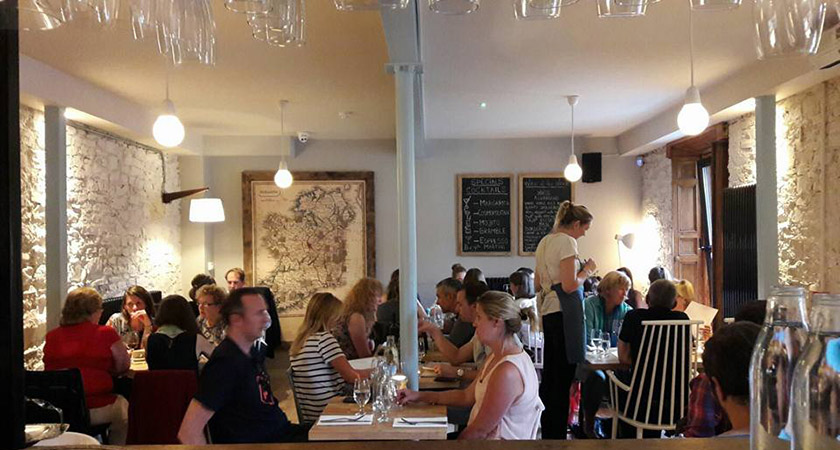 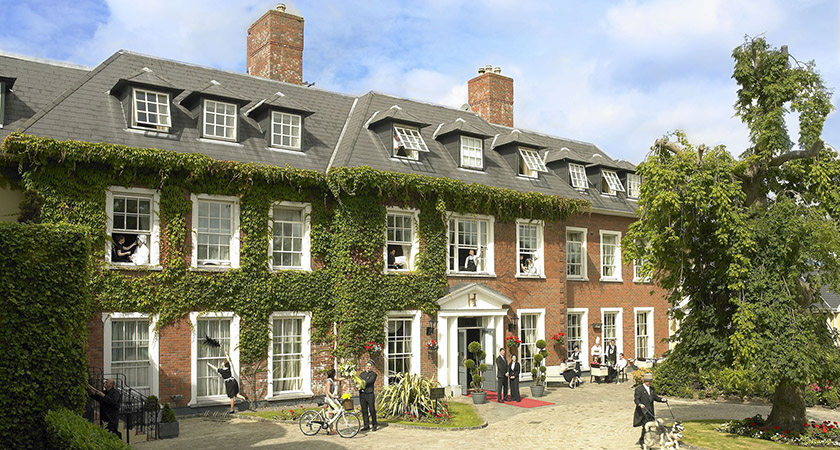 Dublin’s candle-lit Vintage Cocktail Club has lived up to its name, with various reds, golds and browns giving it a bit of a speakeasy vibe. Definitely somewhere you’d want to sip a mojito. 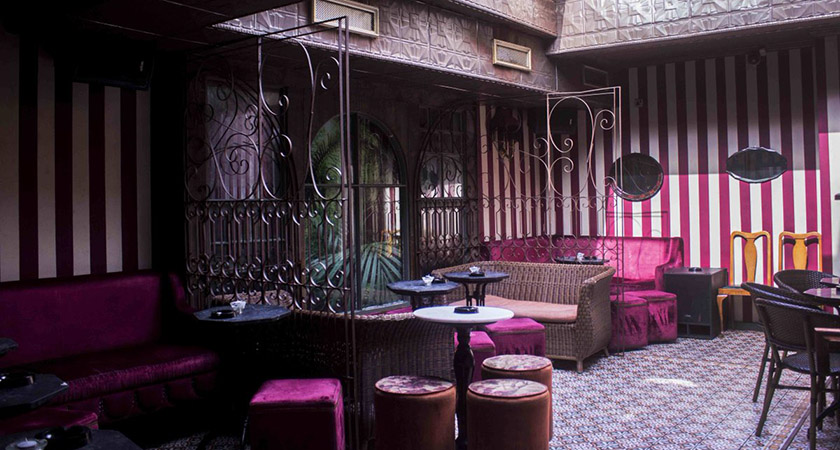 Sheen Falls Lodge in Kenmare, Co. Kerry is eye-catching enough on its own terms, but the beautiful Kerry countryside surrounding it really seals the deal. A destination indeed. 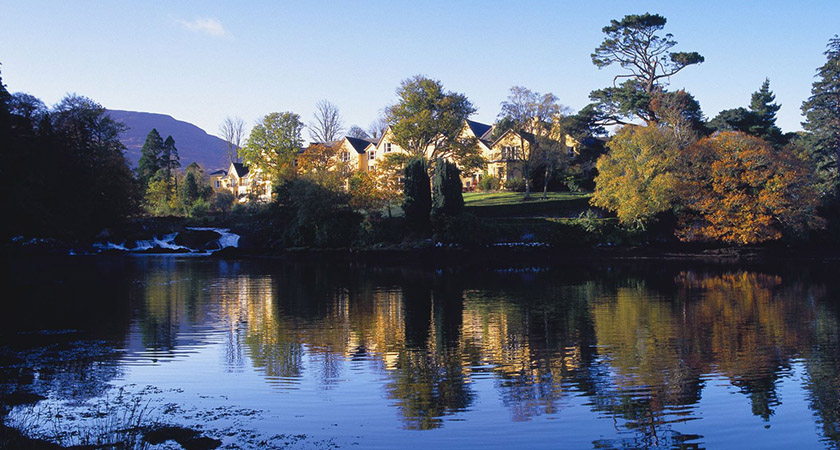 Situated in south-side Dublin’s Donnybrook district, Mulberry Garden locally sources of all its produce and serves it in a chic room with floor-to-ceiling windows along with an outdoors terrace. 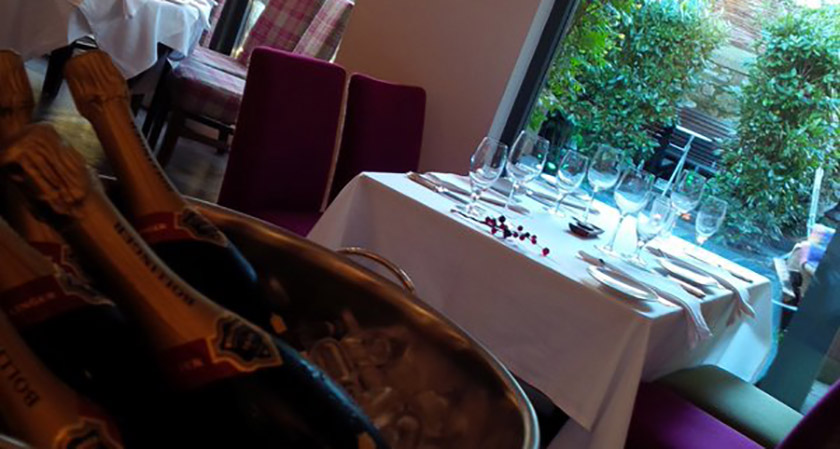 Ashford Castle should need no introduction, but its Prince of Wales Bar – built in the late 1880s – is less well known. With its opulent fabrics, fine wood panelling and indisputable history – talk about living like a king. 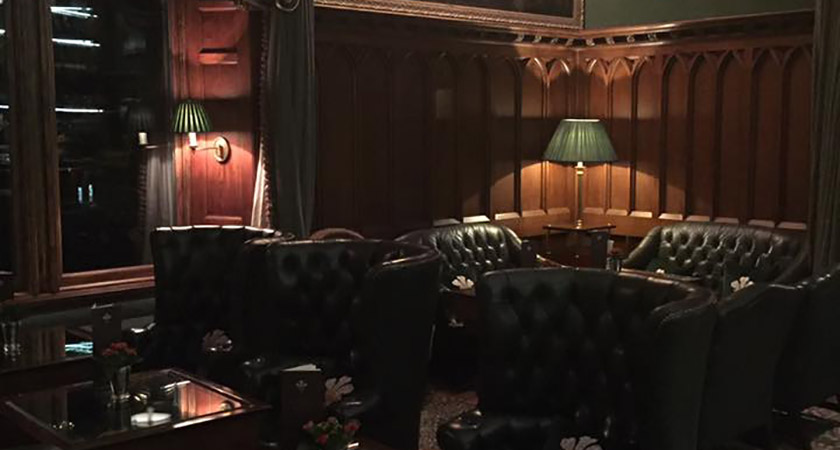 The Prince of Wales Bar at Ashford Castle [Picture: Facebook]

Run by Marie-Thérèse and Ruairí de Blacam, Inis Meáin offers a rare opportunity to experience a private island retreat in an incredibly remote location. And that’s without mentioning the food. 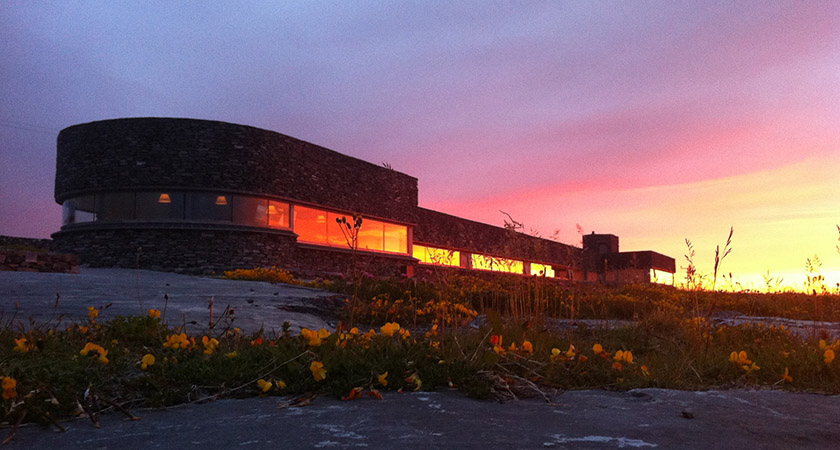 Macnean House in Blacklion, Co. Cavan is an Irish gastronomy restaurant with an elegant look and upscale B&B guestrooms. Chef-owned, Macnean prides itself on a particularly close-knit, local vibe. 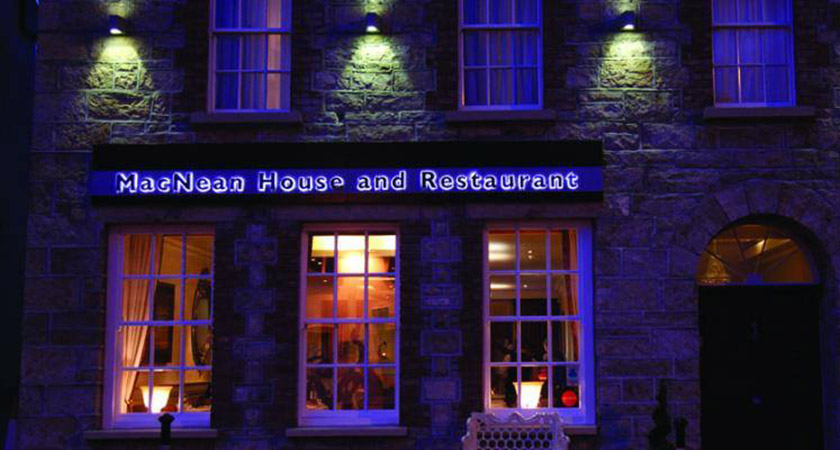 Having only launched this year, Farrier and Draper hasn’t had long to learn the ropes – but you wouldn’t know it judging by its rustic, traditional atmosphere. 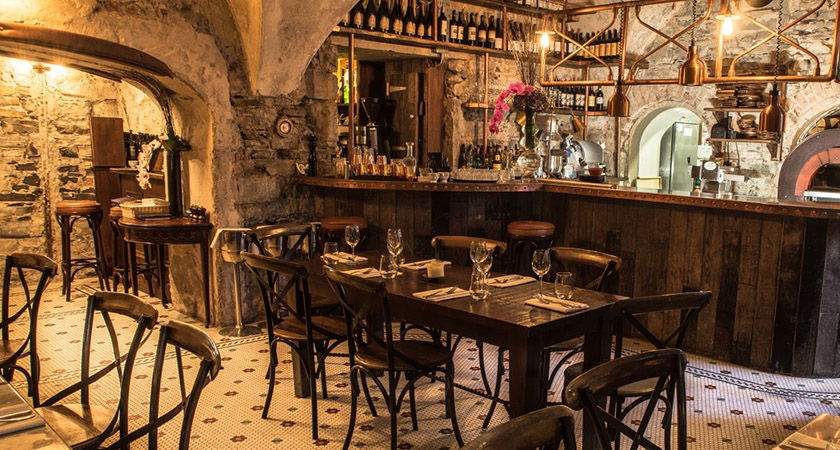 With ultra-modern DJ equipment, chandeliers and seven individual bars, The Wright Venue is classed as a “super-club”. Now it has one more asset to add to an already impressive list. 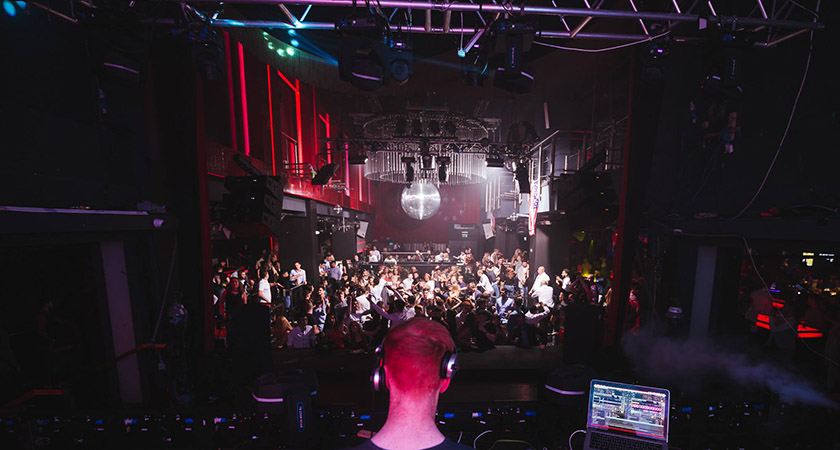 On Lake Leane, The Europe Hotel & Resort features a spa, an indoor pool, body treatments, a fitness centre, tennis courts, horseback riding and views across the lake. No surprise there then. 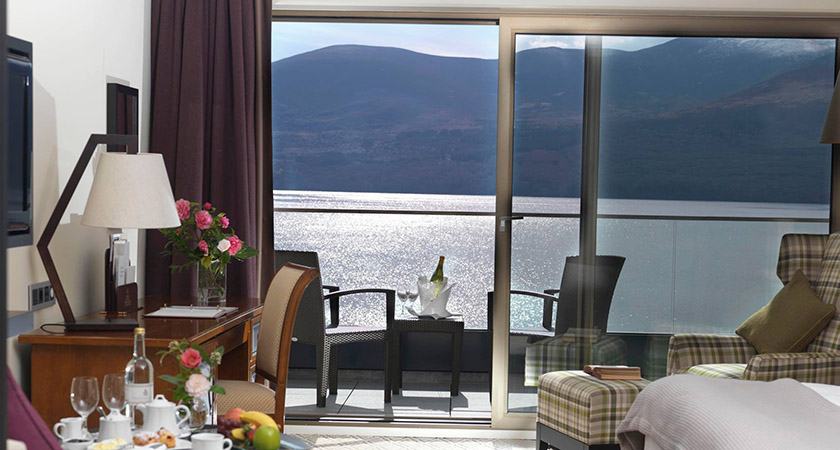 Galway’s own restaurant and wine bar was awarded a Michelin star earlier this year, and now it’s been voted Ireland’s best restaurant. Not a bad 2016. 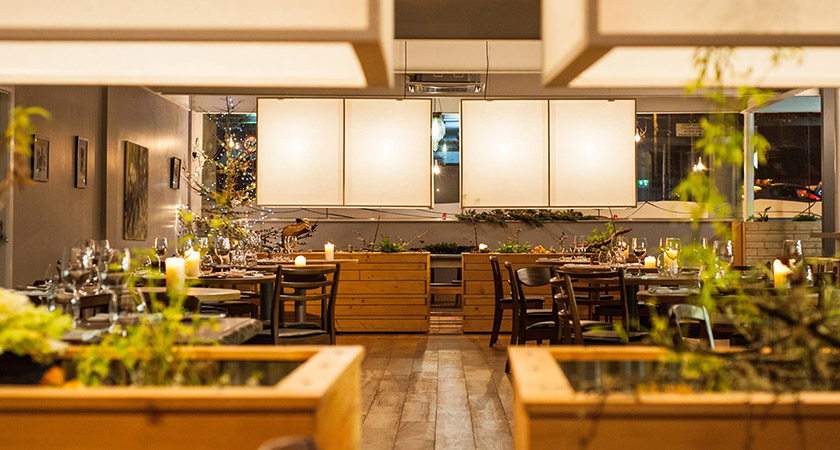 Set in the centre of Dublin in Dame Court, The Stag’s Head has it all. From frequent singsongs, to after work throngs, right through to its regal Victorian setting – it’s the best pub in the land. 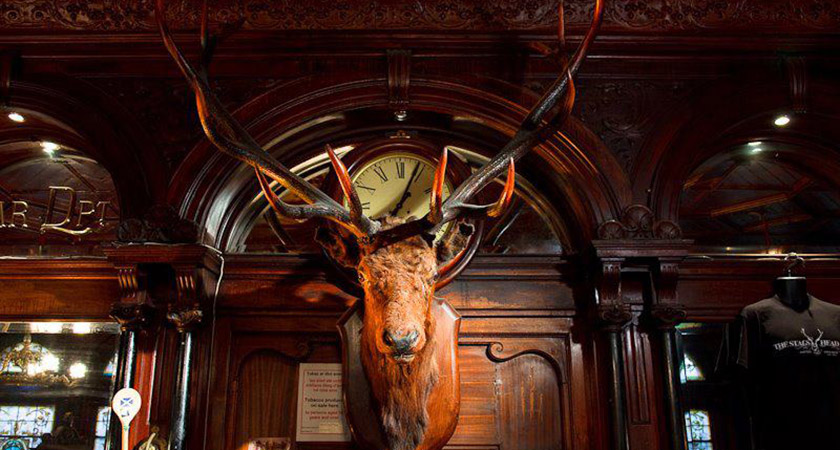 With a name like that, you’d think O’Grady’s on the Pier would know what makes a good seafood dish – and you’d be right, clearly. They catch their produce daily and with its position surrounded by sea, was it even a choice? 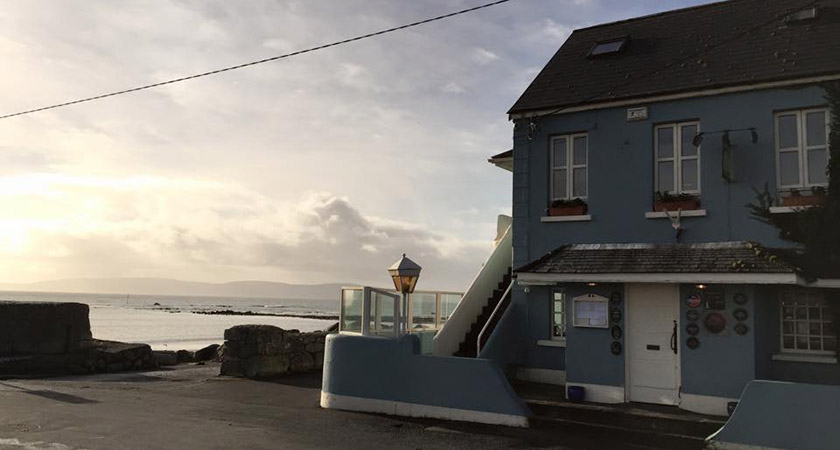 Pubs dedicated entirely to sports have become hugely popular in recent years, so it’s no mean feat to be named the best in such a sports-loving country. Dublin’s The Back Page has managed exactly that thanks to its intimate interior and rowdy atmosphere. 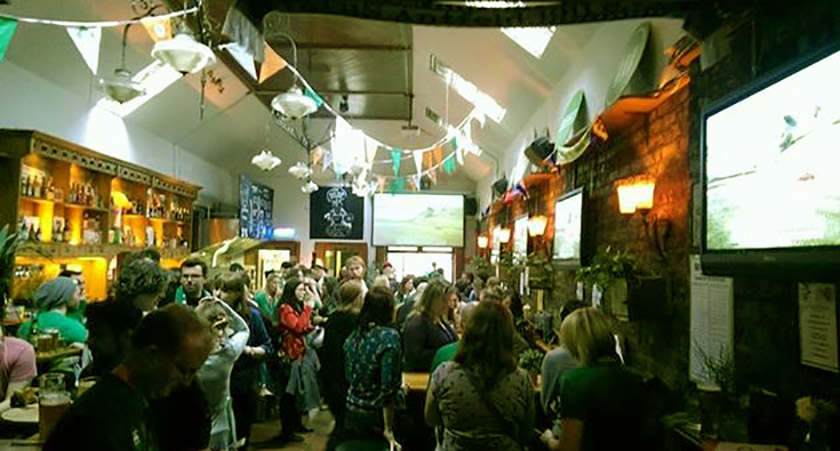 The Back Page [Picture: Facebook]
Note: This article was amended at 17:30 on 12/04/2017 to reflect that the Washerwoman does not have a roof terrace overlooking the Liffey.