AN IRISH chipper famed for making huge portions of food has created a whopping 5lb burger and one Waterford man attempted to finish it.

While they have previously made whopper wraps, this was the first time someone attempted to eat the Megaburger. 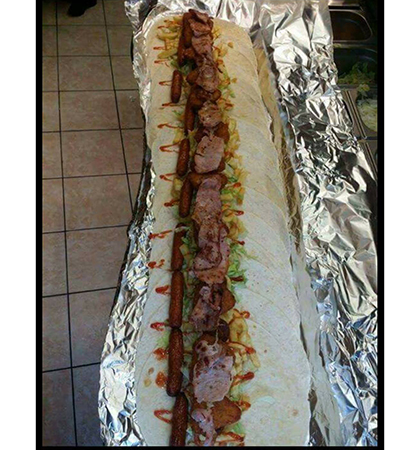 But one brave customer fancied his chances against the burger and dropped in to try it.

"It was bound to happen one day," a spokesperson for the takeaway said. "Damien Blackmore from Waterford has dropped in for the biggest burger."

So how did Damien fare?

According to Aaron's Takeaway, Damien got 10 burger patties in before he stopped, which is3.75lbs of meat and the equivalent of 15 Quarter Pounders. 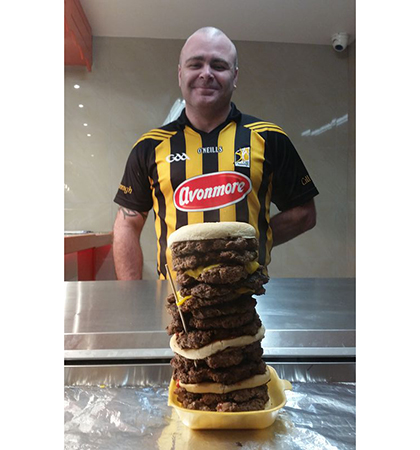 Damien got 10 patties in before stopping. (Picture: Aaron's Takeaway)

IT WAS BOUND TO HAPPEN ONE DAY
DAMIEN BLACKMORE FROM WATERFORD CITY HAS DROPPED IN FOR THE BIGGEST BURGER AARONS HAS EVER MADE
THE 84 OUNCE
5.25 LB "NOTORIOUS MEGABURGER
GOODLUCK DAMIEN????