Brought to you by Eolas Recruitment

EOLAS RECRUITMENT, a specialist IT recruitment company in Ireland, has extended their support to a Dublin-based, not-for-profit organisation that facilitates fundraisers to raise monumental amounts of money for a number of Irish and international charities.

Paris2Nice may not be recognised by some readers, but this incredible organisation assists the fundraising efforts of cyclists and selected charities to raise extraordinary funds for those in need.

Paris2Nice focuses on one final event, an inclusive cycling trip that takes participants, of all abilities from across the world, on a six-day cycling route from the French capital to the picturesque town of Nice.

Not only do the cyclists involved get to enjoy the views across some of France’s most scenic areas with new friends, but they get to put their physical fitness to the test in a challenging 700km trip.

If this wasn’t enough to entice cyclists to partake, the participants collect and donate funds for their selected charities, and the cyclists are supported by the organisation throughout the whole process.

All that is asked of the cyclists is that they fund their trip and raise a minimum of €3,000 for their chosen charity.

This year’s trip began on Friday, September 16 and ended September 21. 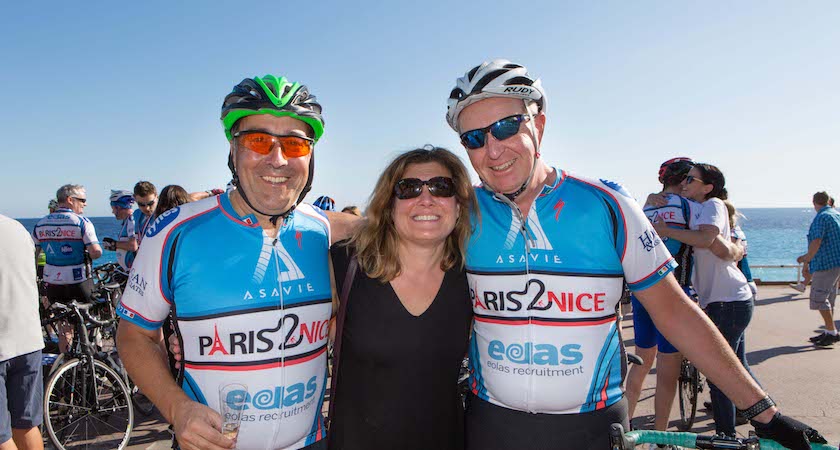 It's all smiles at the finish line of Paris2Nice cycle race (Pictures: Rebecca Marshall)

To date, Paris2Nice 2017, with the help of Eolas Recruitment agency, has raised a staggering €340,575 for the 15 charities who were signed up this year, and this number is rising steadily with the last fundraising efforts of cyclists and charities.

The charities that have benefitted hugely from this year’s trip, and Eolas Recruitment’s charitable donation, include St James’ Hospital Foundation, Operation Smile, and The Alzheimer’s Society of Ireland.

Commenting on the importance of the Paris2Nice experience to their charity, Niall McLoughlin, the Chief Executive of Irish Youth Foundation said: “Paris2Nice has become an increasingly important event in our fundraising calendar. This year, we raised €75,000, and money is still coming in from the trip.”

These exceptional results for all the charities involved would simply not be possible without the kind sponsor, Eolas Recruitment, who were delighted to support an amazing cause that contributes to the Irish community.

Paris2Nice depended on the donation provided to them by Eolas Recruitment to facilitate this year’s fundraising events, cover the admin costs and support the participants throughout their journeys. 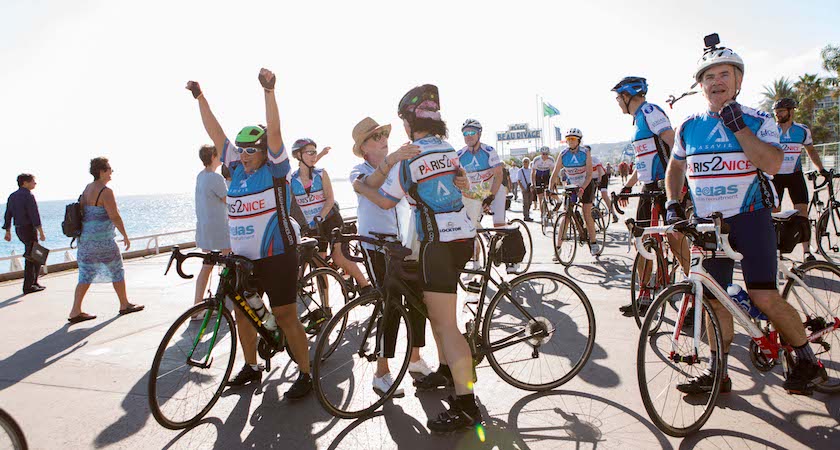 A journey that people can pursue in next year’s trip, details of which can be found by visiting the Paris2Nice website and subscribing to the mailing list.

Commenting on the significance of sponsors, Cynthia O’Mahony, Paris2Nice’s administrator, stated: “The reason we can raise so much for charity is because of sponsors like Eolas Recruitment who allow us to support all of these cyclists in raising incredible amounts of money; 100 per cent of which goes to the charities they care about.

“It is really wonderful to see how proud Eolas Recruitment are of being our sponsors. I’m really happy that they were so involved and we are incredibly grateful to them.”

A sentiment of pride that is echoed in the words of Vincent Flynn, the Owner of Eolas Recruitment, who said of the charity tour: “We decided to contribute to Paris2Nice because it gives so much to a mixed bag of charities, and we wanted to help fund the logistical issues surrounding the event.

By doing this, the various funds raised by the individual cyclists would not get side-lined and can, therefore, go straight to the charities themselves." 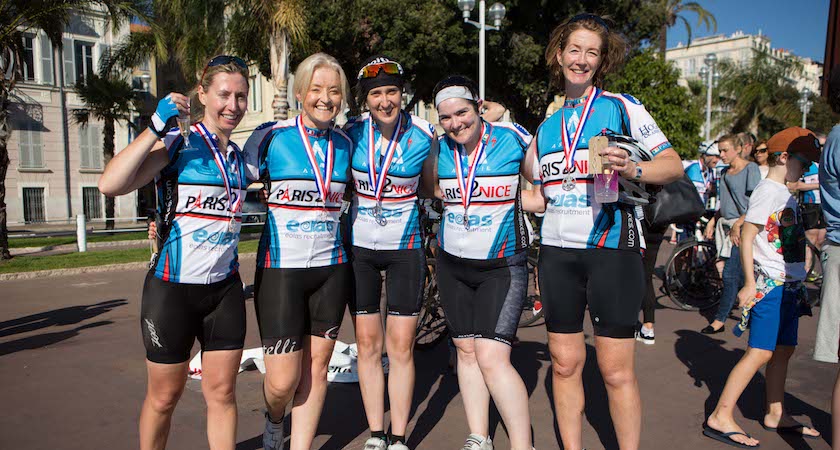 Some of those who took part on the cycle. (Pictures: Rebecca Marshall)

Not only do international causes such as Paris2Nice provide such important aid to charities, but they allow for strong connections between Irish organisations and the wider Irish community.

In light of the shortage of IT professionals within Ireland, Eolas Recruitment were also overjoyed to raise awareness of their brand to countless people, both locally and abroad.

Eolas Recruitment are always on the look-out for IT professionals, with specialist skills relevant to the industry, to fill the positions of some of the top IT roles within Ireland, and would be interested to hear from those willing to relocate.

Any individual that has skills within this area of expertise should get in touch with Eolas Recruitment today to discover the wide range of exciting opportunities available across Ireland.