IRISH mythology and folklore is famed for its richness of detail, its abundance of memorable characters and its meaningful fables.

From the most well-known tales, such as Deirdre of the Sorrows and the Children of Lir, to lesser-known gems, such as the warrior-queen Carmán, Ireland can lay claim to an abundance of folkloric wonders.

Here are 10 of the best Irish myths and legends:

Now a common word in the English language, used to refer to a female spirit, banshee – from the Irish word bean sí – means “woman of the mounds”.

In Gaelic lore, the banshee is commonly depicted as a female spirit wailing and shrieking after the death of a loved one.

The banshee is often described as wearing red or green with long, dishevelled hair. In some tales, she reveals herself to be the Morrigan—the ‘phantom queen’ of Irish mythology. 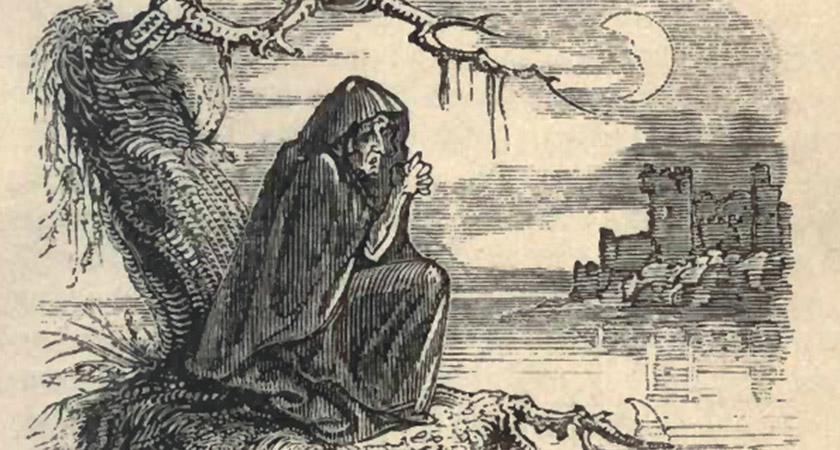 Woman of the mounds: An 1825 artistic impression of a banshee (Image: Wikimedia)

The Dullahan, also known as Gan Ceann – meaning “without a head” in Irish, is a fairy categorised as an evil, “unseelie” spirit in Irish folklore.

A headless rider, usually depicted upon a black horse carrying his own grinning head underarm, the Dullahan is commonly associated with the coming of death.

When the Dullahan stops riding, that is where a person is due to die. His only weakness is gold, and even a single gold pin is said to drive the Dullahan away. 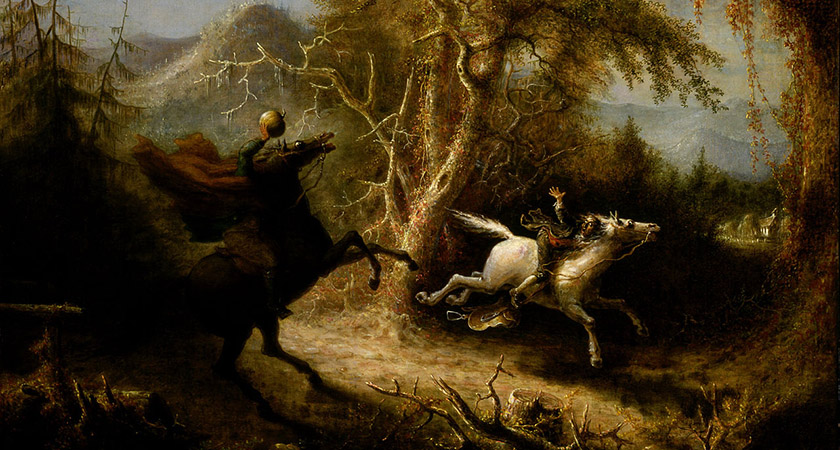 An 1858 depiction of the English dullahan 'The Headless Horseman' (Image: Wikimedia)

Carmán, or Carmun, is a warrior-woman and sorceress said to have invaded Ireland from Athens along with her three sons—Dub (“black”), Dother (“evil”) and Dian (“violence”).

Her story is told in a poem of the Dindshenchas; an early piece of Irish literature. She is said to have died in 600 BC after using her magical powers to destroy all of Ireland’s fruit.

Brasil, or Hy-Brasil, is a ‘phantom island’ believed to lie to the west of Ireland in the Atlantic Ocean.

The island is said to be cloaked in mist all-year round, except for on one day every seven years, when it becomes visible but nevertheless unreachable.

Medieval expeditions actually set off to attempt to find Brasil in the 1400s, with one explorer claiming to have found the island inhabited with black rabbits and a magician who lived alone in a stone castle. 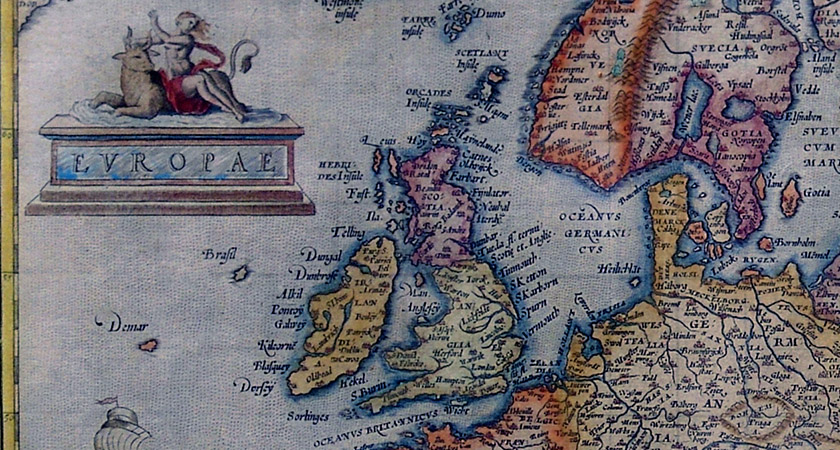 In Irish mythology, Bálor was king of the Fomorians, a supernatural race of monstrous beings from the sea and below the earth.

He is often described as a giant with a large eye in his forehead that wreaks destruction when opened. He has been interpreted as a god or personification of drought and blight.

The Dobhar-chú, or “water hound”, is a creature said to resemble something between a dog and an otter, though sometimes described as half-dog, half-fish.

Sightings of the creature are still fairly common. In 2003, a man and his wife claimed to have witness a Dobhar-chú in Connemara—large and dark with orange flippers and a horrifying screech.

The Dobhar-chú has been compared to other “lake monsters” such as the Lavellan and the infamous Loch Ness Monster. 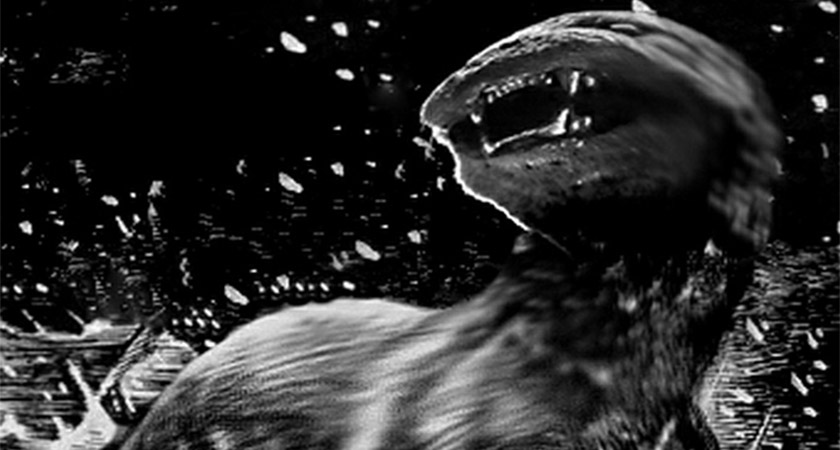 The púca are creatures in Irish folklore said to be shapeshifters which could take the appearance of black horses, goats, rabbits and other humans.

The púca is depicted as neither good nor bad, instead being bringers of both good and bad fortune able to both terrify and protect communities.

The creature can be found throughout the Celtic world – named pwca in Wales, bucca in Cornwall and pouque in the Channel Islands and Brittany.

Lir is the name of a King and ruler of the sea in Irish mythology. He and his wife Eva bore four children; eldest son Aodh, daughter Fionnula, and the twin boys Fiachra and Conn.

When Eva died, Lir married a new wife, Aoife, who would become something of an evil stepmother to his children.

Depending on the tale, they either lived happily ever after in heaven or suffered eternal damnation. 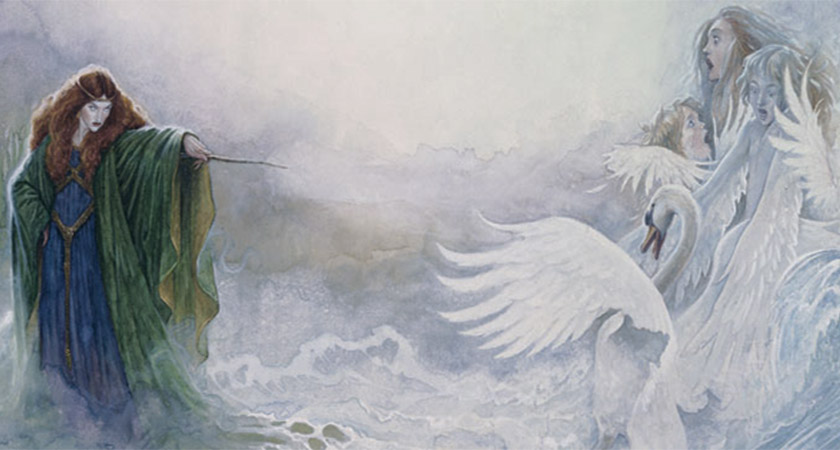 Aoife and the Children of Lir (Picture: Ireland of the Welcomes)

In Irish mythology and folklore, Tír na nÓg is the name given to the ‘Otherworld’—a supernatural realm of everlasting youth, beauty, health and joy.

Various heroes of Irish folklore are said to have found their way to Tír na nÓg either by entering ancient burial sites or caves, swimming underwater or voyaging across the sea.

Tír na nÓg has been compared to Valhalla, the great hall of the afterlife in Norse mythology.

10. Deirdre of the Sorrows

Deirdre is the foremost tragic heroine in Irish legend and probably its best-known figure in modern times. Her story is part of the Ulster Cycle, the best-known stories of pre-Christian Ireland.

Deidre of the Sorrows tells the tale of a druid’s foretelling, at Deirdre’s birth, that many men would die on her account. Raised in seclusion, she grew to be a beautiful woman.

King Conchobar is said to fall into unrequited love with Deirdre, eventually causing bloodshed and Deirdre’s suicide—thus fulfilling the prophecy.

The tale has been told in many plays, from William Butler Yeats’ 1907 depiction to Vincent Woods’ A Cry From Heaven (2005).