FOR the first time during Black History Month, an exhibition celebrating mixed race Irish has gone on display in the London Irish Centre.

The #IAmIrish Project celebrates diversity, while opening the dialogue on being mixed race and Irish.

As part of the Project and Black History Month, three people told The Irish Post their experiences of growing up mixed race in Ireland.

Read their stories below... 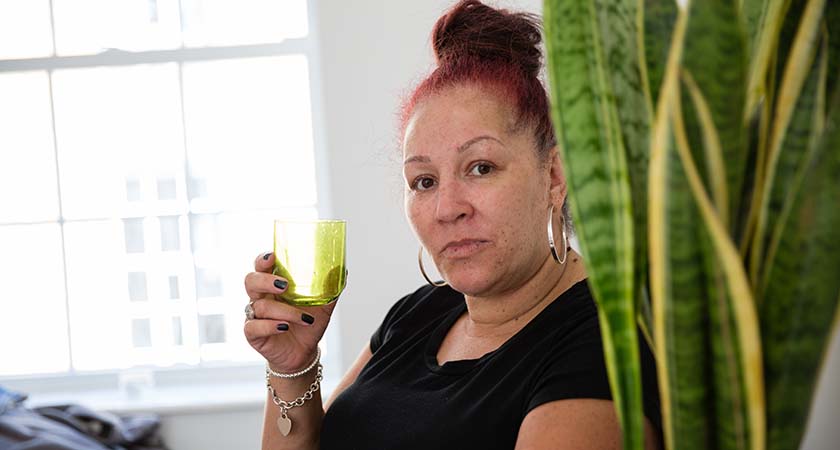 Lorraine Maher Faissal created the #IAmIrish Project and her photo features as part of the exhibition. (Picture: Tracey Anderson)

Because my blackness wasn’t spoken about – it was quite taboo – the only thing I knew about black people was they were starving in Africa and we used to collect money for the Trócaire boxes.

I had an argument with my cousin when I was 10 years old, and he told me I was black. It was the first time things made sense to me and the way I looked made sense to me.

While I experienced racism growing up from kids my own age, the not so blatant racism was from those who were older. Years later you play that back and realise what was actually being said at that time.

I left Ireland in my teens and came to England, and I didn’t go home for years because I don’t think that people realised the impact that they have on you, particularly when you're growing up.

I went home for my mother’s funeral and I was walking across the road with my sons and someone shouted out the window, “N*ggers get out of the way!” That’s real, racism is very real and it happens.

I lost one of my children to cancer in 2014 and he was a very proud Irishman. He always wore his Tipperary jersey and I have lots of little Tipperary things on his grave and a little Irish flag.

You see people coming past his grave, looking at his photo and looking at the flag, like ‘Why’s he got that flag showing?’

Black people just accept me as being black, they never ask me, 'where are your ancestors from?'. 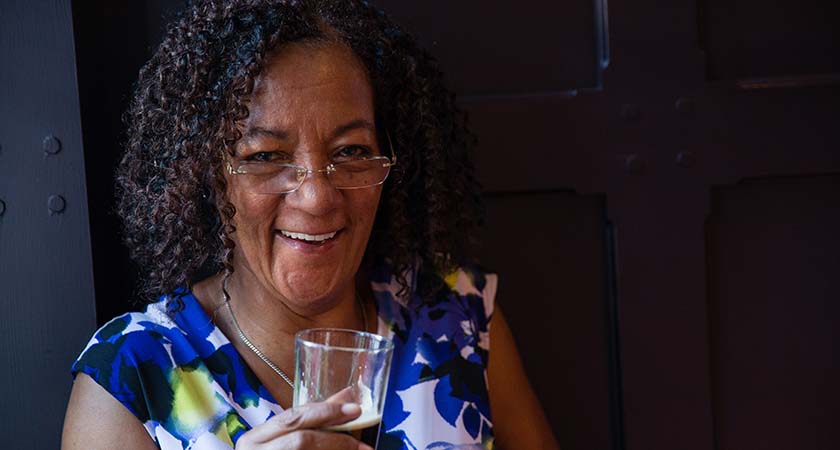 Rosemary Adaser, Founder of the Association of Mixed Race Irish

I'm first generation mixed race Irish. I was born and raised in the institutions, and I left when I was 17.

We all suffered, but the other dimension to the abuse I endured was one of racism.

Before I left Ireland, I got a job in the GPO in Dublin, which I got through a friend.

The strategy was get me a job where no one could see me and that's how I wound up with a job as a telephonist in the GPO.

I’d been been for a number of interviews where I was asked if I could lighten my face a little bit, 'You'll scare the customers!' or 'Do something with your hair it's untidy!'

I left Ireland when I was 20 in 1980 because I felt my life was in danger if I remained in Ireland because of the racism.

I came to London where I had a job within a week - whereas I had to sneak around Dublin trying not to be seen.

I completely dissociated myself with everything to do with Ireland, I didn't move within Irish circles because I got fed up of the ‘what are you, you're not really Irish are you?’

When I came here I blended in with the Afro-Caribbean community and no one asked me what I was.

You cannot deny your past, no matter how hard you try, it will come up and bite you in the proverbial.

What I found was that I was living a lie in that I was refusing to accept my own history and my own identity and I began to explore that.

About five years ago I went to the IWSSN (Irish Women Survivors Support Network) and they were wonderful because I didn’t get a ‘what are you, why are you here?’.

Instead they shared in the same trauma and race didn’t matter. It was wonderfully healing.

I never felt I was Irish before that and it started my journey into exploring my Irish roots which prompted me to found the Association of Mixed Race Ireland.

We're Irish, and we happen to be mixed Irish; but we have the culture and the language so we're Irish. 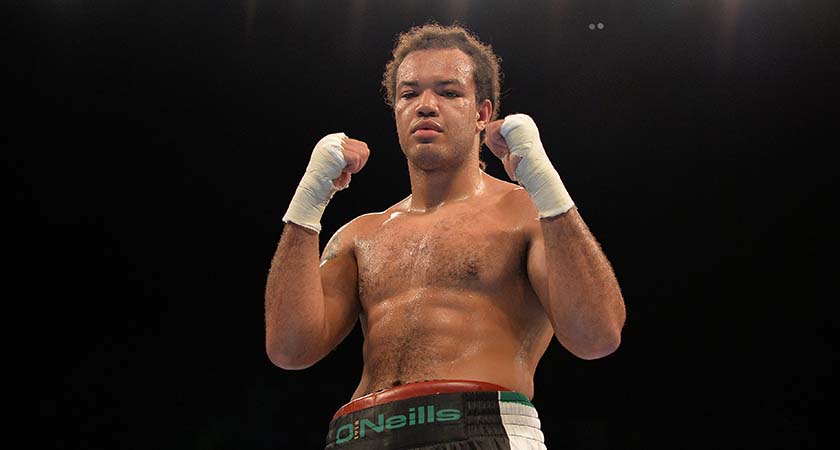 Tommy McCarthy is a cruiserweight boxer based in Belfast. (Picture: Mark Runnacles/Getty Images)

My dad’s from Belfast, and my mother was from Jamaica. She died when I was a kid so my dad took me back to Belfast on the Fall’s Road, and we lived with my grandparents.

When I was really young, it was never really an issue but towards the end of primary school it became more apparent as some kids called me a Mars Bar, but not in a bullying way.

Only when I was a teenager did it become more apparent because you start going to more places and going out of the area where people don’t know you and it still happens to me now.

If I go somewhere where nobody knows me I will get noticed, as normally I’m the only black guy.

When I was 14 I got on the Ireland boxing team. On my first trip we went to Russia and an Irish group of people who were there asked us where we were from.

I said 'I am, I’m from Belfast'. All of my life, I’ve always been the token black guy.

When we go to the European championships, there are few black boxers so I stick out even more but I’m used to it. I’ve had stupid comments said to me but I’ve never had racist abuse.

I was the first mixed race child in the family and I have really strong ties with both sides of my family.

I come from a very republican area so we’re all pro Irish but I’m pro black as well.

The #IAmIrish Project is going global - you can donate to the fund here.