THERE were hugs and kisses aplenty when members of the Irish Defence Forces returned home after a six month tour in the Golan Heights.

Over 100 members of the United Nations Disengagement Observer Force returned from the region, which borders Israel, Lebanon, and Jordan, to Baldonnel in Co. Dublin yesterday where they were meet by their delighted friends and family.

Scroll down to see the emotional and heart-warming reunions caught on camera... 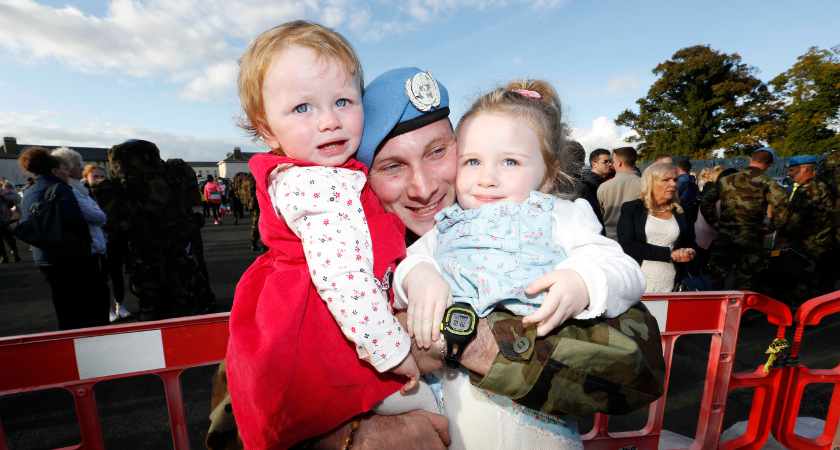 Eugene McDaid and his daughters Lily, 2 and Mya, 1 from Strabane 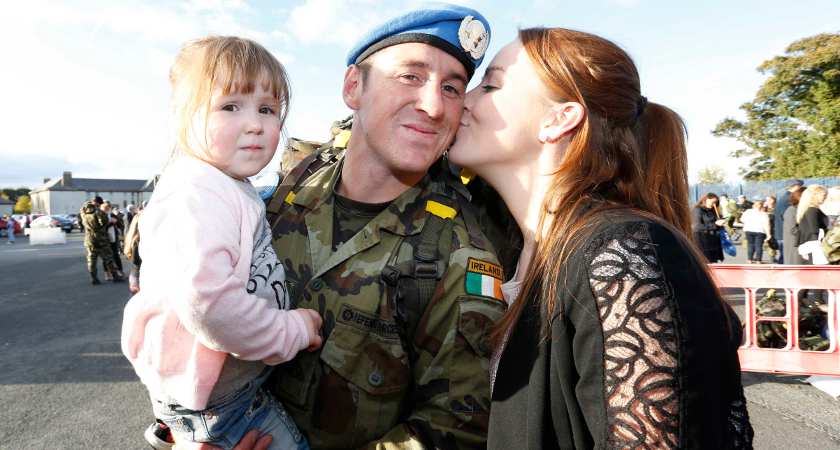 John Brown with his daughter Roisin, 2 and partner Sarah from Kildare 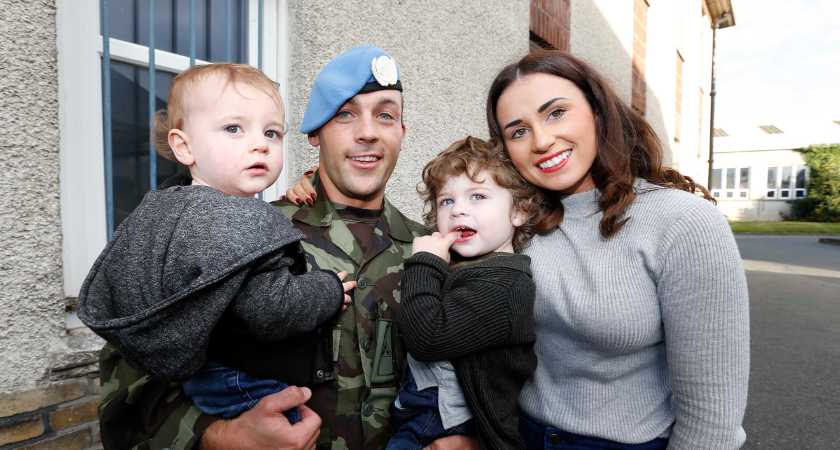 Bryan Nolan with his partner Amy Brennan and kids Charlie, 2 and Zack, 1 from Longford 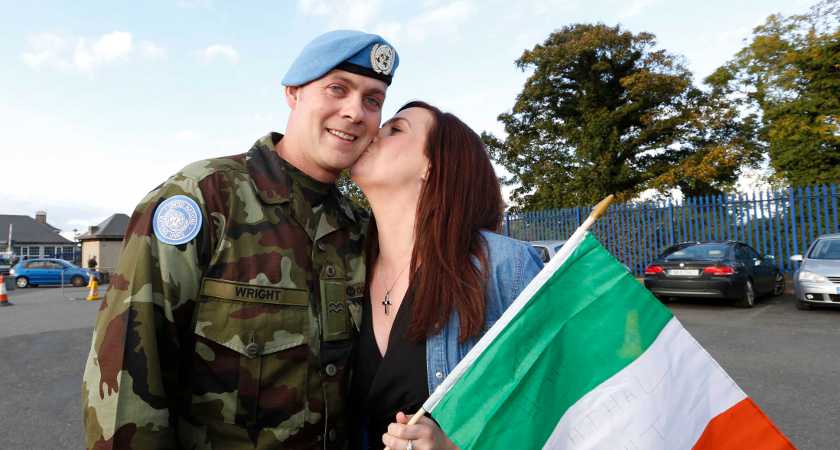 Cathal Wright and his partner Laura Porter from Donegal 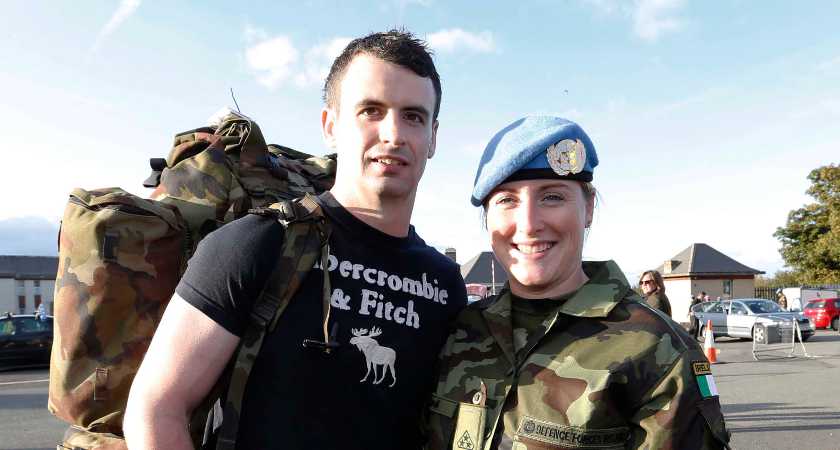 Brianna McConnell with her partner Ryan Kely from Donegal