Irishman told antique he bought on holiday for €50 is actually an Ice Age relic worth €30,000

A LUCKY Irishman could become €30,000 richer after learning that a cheap antique he bought on holiday is made from a prehistoric piece of rhino horn.

The man bought the figurine over a decade ago in a Moroccan antique shop for 600 dirhams, which works out at around €52.75.

The buyer, who originally thought the relic was made from wood, has now been told it is actually part of a 25,000-year-old horn from a mammal that lived during the last Ice Age.

Scientists at an Oxford laboratory made the discovery after the Irishman paid them €619 to decipher its origin. 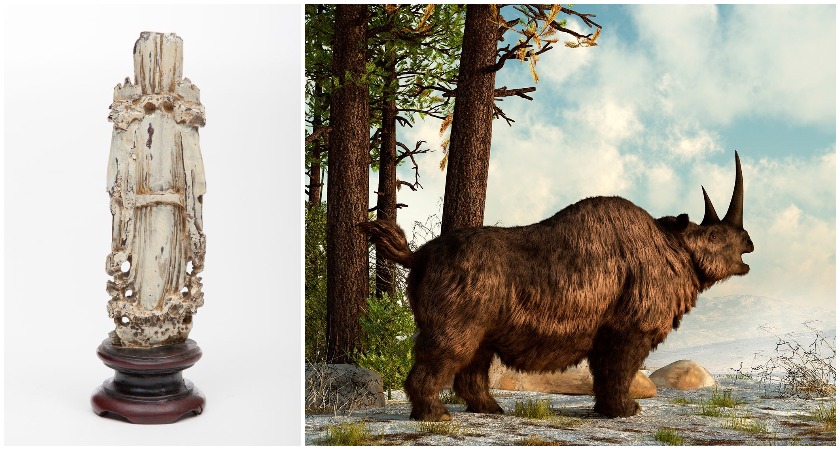 The relic is made from the horn of a 25,000 Woolly Rhinoceros (Picture: Mealy's Auctioneers)

He had purchased the six-inch high anqiue in the Rif Mountains region of Morocco in 2006, according to the Irish Times.

The scientists’ results confirmed the piece was once part of a horn belonging to a ‘woolly rhinoceros’ – which went extinct around 10,000 years ago.

After taking the figurine to Mealy’s Auctioneers in Co. Kilkenny, he decided to put it up for auction on March 6 – and the estimated value of the figurine is believed to be up to €30,000 (£26,500).

You could say he took the rhino by the horns...

Clarifications & Corrections (19/02/2018): A previous version of this article stated that George Mealy was the buyer in question. That is not the case. Mealy's is one of Ireland's leading auction houses, based in Co. Kilkenny, and known nationally and internationally in the market for fine art, antiques, and interiors.