HE has been kidnapped in Beirut by armed women wearing veils, has driven through army gunfire in Sarajevo, and has had the barrel of an AK47 put in his mouth and the trigger pulled — the assault rifle wasn’t loaded, but the perpetrator thought this a great joke.

Kevin Myers has reported from trouble spots across the globe.

Nearer home, he witnessed the Troubles at first hand; during this time, he was also informed he was on an IRA death list.

Myers has for fifty years been a pioneering journalist, in turn informative, passionate, funny and controversial.

But in 2017 he was sacked from his job as the Sunday Times.

He explained the background: “For the Sunday Times, the Irish edition, I would send through ideas for my column.

“So on the last Tuesday of July 2017 neither of my suggestions met with approval. The first was the absurdity of one wing of the Irish Defence Forces, the Army, being warned to prepare for terrorist attacks while another, the Naval Service, was promiscuously ferrying thousands of unscreened migrants from the Libyan coast to Italy.”

But the Sunday Times page editor wasn’t keen on this either.

Instead he said: “So what about the gender pay row?” Meyers felt this BBC story had much less relevance in Ireland where two of the highest paid presenters on RTÉ at the time were Marian Finucane and Miriam O’Callaghan.

Myers was reluctant on several counts to cover it, but eventually acquiesced.

This fateful decision would cost him his job.

In the article Myers wrote that two of the BBC’s best-paid female presenters, Claudia Winkleman and Vanessa Faeltz are Jewish.

“Good for them. Jews are not generally noted for their insistence on selling their talent for the lowest possible price,” he wrote.

The aside was meant as a compliment. Meyers is a long-time supporter of Israel. Nevertheless, he was almost immediately branded an anti-Semite, and a misogynist into the bargain. 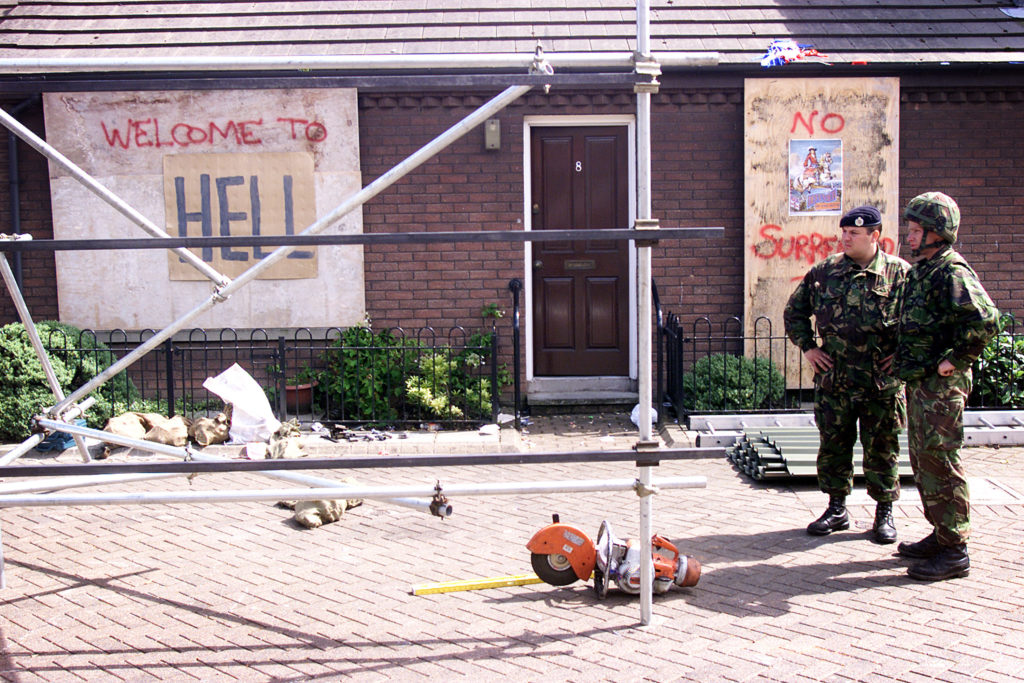 Personalities from JK Rowling to Chelsea Clinton weighed in against him. Two days later he was unceremoniously dumped by the Sunday Times.

Myers has since said he was wrong to make the comments, but has vehemently denied he is either anti-Semitic or misogynist. Further, he was interested in how few people, particularly fellow journalists, came forward to support him.

“I was surprised. This was an act that appears to be unique in journalism in Ireland or Britain.” The Sunday Times, according to Meyers, passively bowed before the baying of the crowd.

It is notable that “the Jewish people of Ireland” to whom Meyers pays tribute to in the book, staunchly supported him.

Kevin Myers is a long-time resident of Ireland.

Since his university days he has worked for Irish publications while touring the world’s trouble spots and has married into an Irish family.

His father was an Irish-born GP who relocated to Leicester — where Kevin was brought up a Catholic.

In his late teens, the young Myers moved to Ireland to study at University College Dublin (UCD), and basically never left.

Nonetheless, he has an English accent. “I think that does tell against you in Ireland. You’re never really considered fully Irish. Yet I only have one passport — it’s an Irish one — and I only have one nationality — I’m Irish.”

But Myers may not have been carrying a backlog of goodwill. He has been involved in previous controversies which undoubtedly made him unpopular

The book is a memoir of his long career in journalism, and it covers some of these controversies.

It also details one of his other great campaigns — Myers’ tireless efforts to get the many Irishmen who fought in two world wars recognised officially, and their service honoured. 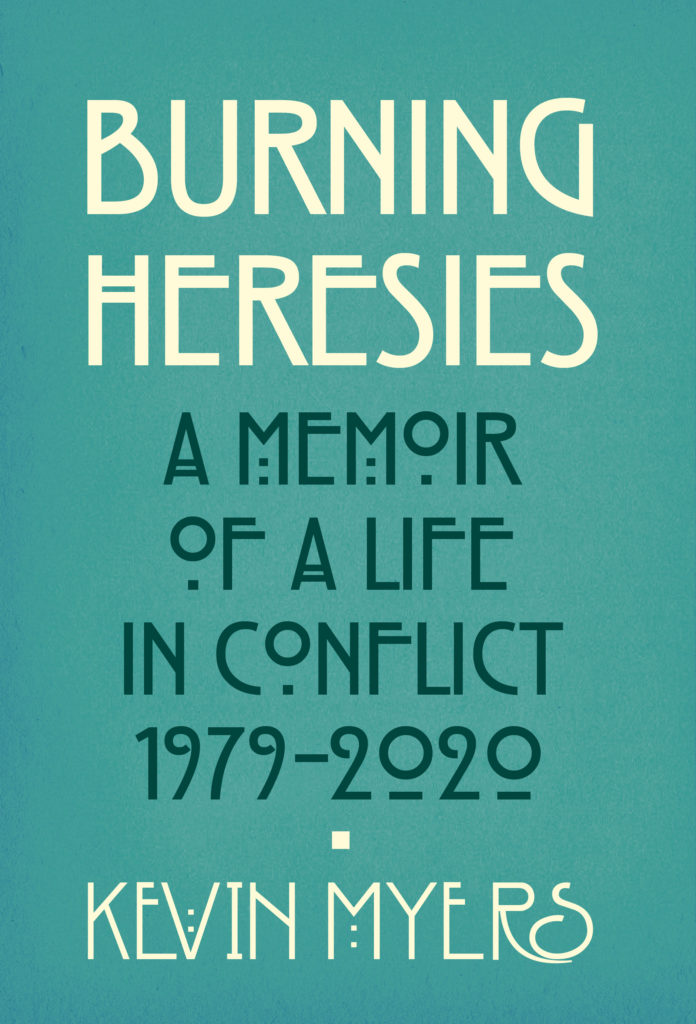 That Kevin Myers is no longer part of what is now called ‘the national conversation’ is a huge loss.

He is a conservative, a polemicist, a trouble-maker — but never boring.

Whether talking about aid to Africa or the governance of Ireland, he will put a lucid, balanced viewpoint.

Burning Heresies has many dark episodes, but also unique perceptions.

It’s highly readable, gripping even. But that’s no surprise.

It’s subtitled “A memoir of a life in conflict”, and the three main ingredients of any gripping story are here in this book, and indeed in Myers’ life.

Those three ingredients are conflict, conflict and conflict.