WHAT’S green, pod-shaped and “guaranteed” to make you drop a dress size in less than a month?

The answer is a Sásta Fitness Pod – the latest weight loss device to come out Ireland, which offers reduced pounds, heightened fitness and improved health for anyone sick of yo-yo dieting.

With an enclosed treadmill and hidden vacuum technology, the unique green machine has already helped thousands of men and women across Ireland shed the pounds since its launch in 2012.

And the popular pods - which provide vacuum created resistance during a 30 minute walk or running session - made their British debut in Brighton last September, when a Sásta Fitness branch opened up in the seaside town. 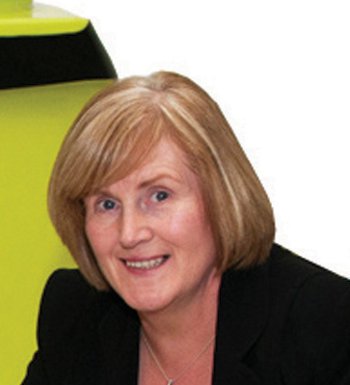 Sásta founder and owner Fiona Egan – who created the pod after years spent “battling” with her own weight – told us why her patented product, which is entirely manufactured in Ireland, is going from strength to strength.

“The machine is a treadmill based fitness device,” the 50-year-old from the Co. Roscommon side of Carrick-on-Shannon explained.

“It has a capsule above the treadmill, which is sealed to your waistline, that you step into and walk or run on the treadmill and there is a vacuum pump in there as well.”

She explained: “As you walk or run, using our high intensity interval training programmes, it creates a pressure, which creates a resistance, so you are actually burning more fat faster than regular exercise.”

The former accountant, who invested £1million of her own money to get the business started, now has seven Sásta Fitness Studios located across Ireland, as well as one in Britain and one in Spain.

Backed by Professor Niall Moyna of the School of Health and Human Performance at Dublin City University, the Sásta pod is also currently undergoing medical trials in Ireland.

For Ms Egan, who plans to grow the business further across Ireland and Britain this year - and is hoping to launch in the United States in 2016 - the obesity epidemic which continues to make headlines in those markets makes her product more viable than ever.

“61 per cent of adults are overweight in Ireland according to recent figures,” she explained.

“In the UK that number is 64, 23 per cent of which are classed as clinically obese, which is costing the state in excess of £1.1bn annually.”

She added: “We have many Irish GPs who are already referring patients seeking weight loss to us, and we are seeing some fantastic results for our clients – which is what it’s all about really.” 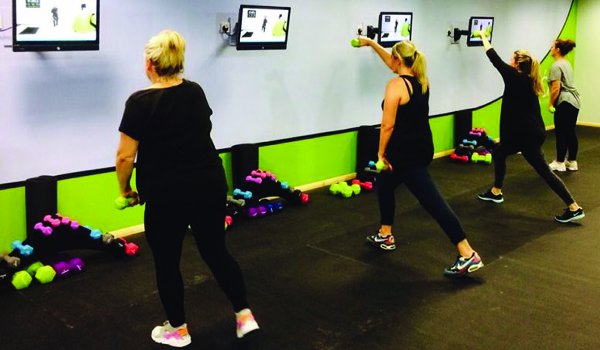 The mother-of-two, who used her pod to “cure” her own battle with weight and maintain her now far healthier lifestyle, claims there are many happy customers who are enjoying similar results.

“I called it the Sásta Fitness Pod – with sásta being the Irish word for satisfied, pleased or happy – because that’s how people will be feeling when they are using our device. They will be seeing results,” she explained.

And the proof has most certainly been in the pod, as the device has grown a legion of fans across Ireland in the past three years – where it is manufactured in Boyle, Co. Roscommon, while the company headquarters are in Co. Leitrim.

“We combine the 30 minute pod sessions with a food plan, a personal trainer and a one to one service based on the individual client and what they want to achieve.

“And for our weight loss clients we offer a 100 per cent guarantee that they will drop a clothes size in the first month, by taking three 30 minute sessions each week, or we will give them their money back.”

St Patrick's Day celebrations where you are: London and the South East of England