SHARP ADVICE: Occam's Razor and the impact it's had on every branch of science

OCCAM’S RAZOR, the scientific principle attributed to the English friar William of Occam, is a theory which states that in attempting to explain a phenomenon, no more assumptions should be made than are necessary.

The latest book from Professor Johnjoe McFadden focuses on that principle, and the impact it had on every branch of science.

Life Is Simple, sub-titled ‘How Occam's Razor Set Science Free and Shapes the Universe’, argues that centuries ago the principle of Occam’s (sometimes given as Ockham’s) Razor changed our world by showing simpler answers to be preferable and more often true than complex ones.

In other words, if  somebody tells you they’ve just seen a unicorn, instead of researching unicorns in your area, examine the probability that your friend is wrong. 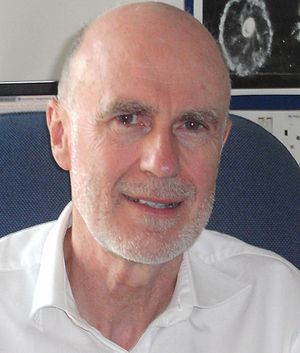 McFadden writes that scientific phenomena, everything from the laws that keep a ball in motion to those that govern evolution, can be seen through the lens of Occam’s Razor.

Science progressed by stripping away extraneous material from existing theories; Occam’s theory flew in the face of proto-scientific thought that had been in place for millennia. Largely speaking, thinkers responded to new information by adding complexity.

Occam changed that. As his belief in simplicity spread through the scientific community, new breakthroughs were made that allowed for the rise of our current technological society. Quite simply, simplicity emerged as the guiding principle of the universe.

Johnjoe McFadden (65), Professor of Molecular Genetics at the University of Surrey was born in Donegal. The McFadden family moved to Coventry when Johnjoe was five.

He became an outstanding student, studying biochemistry at the University of London and Imperial College London.

His interest in Occam was inspired by a daily commute that took him past the village of Ockham, to his work in Guildford.

Ockham was William’s birthplace, probably around 1287.

The first part of Professor McFadden's book focuses on the life and career of William of Ockham. An English Franciscan friar, scholastic philosopher, and theologian, Occam is considered one of the major figures of mediaeval thought.

But his writings on philosophy and theology often caused deep controversy, and when his theories cast doubt on transubstantiation, trouble was at hand.

Unsurprisingly, given the era, Friar Occam was summoned in 1324 to a papal court in Avignon.

The proceedings were well into their fourth year when Occam managed to escape to Germany.

He died in Munich in 1347 — the church where he was buried is long gone, but McFadden is adds that nearby there is “a Hotel Occam and a very convivial deli and wine bar called Occam Deli”.

Like all of Johnjoe McFadden’s books, Life is Simple is an easy and enjoyable read, while remaining highly informative. It can be viewed as a summary of the history of science, providing a fascinating insight into the struggles early scientists endured in confronting the all-pervasive theology of the time.