1,120-year-old Irish pub named as one of the oldest companies in the world

AN IRISH pub has been listed as one of the oldest companies in the entire world.

Seán's Bar, in Athlone, County Westmeath, is over 1,100 years old, having been established in the year 900-- and before the coronavirus pandemic forced it to close its doors temporarily, it was still going strong, welcoming hundreds of visitors a year.

The pub was originally opened over a millennium ago, with the old publican apparently helping people to cross the treacherous River Shannon to have a drink at his bar, and 1,120 years later the customers come by the busload to celebrate hen parties and stags within the ancient walls. 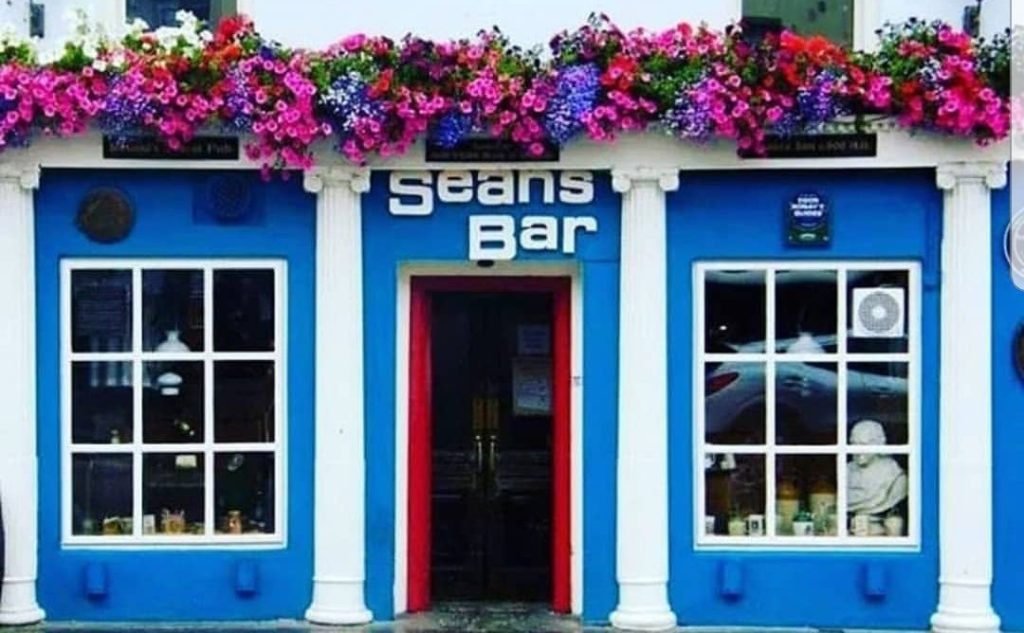 Seán's Bar is a hugely popular spot in the tourist town of Athlone (Seans Bar: Twitter)

Seán's Bar is already recognised as being the oldest bar in not just Ireland, but Europe as a whole-- and it has the Guinness World Record to prove it-- but it is also one of the oldest companies in the world.

A French history podcast-- aptly named The French History Podcast-- shared an image on Twitter which showed the 32 oldest companies in the world, and Seán's Bar-- the only Irish establishment on the list-- came in at an impressive number 10.

The oldest corporations in the world. The Monnaie de Paris is among the oldest, and has been in operation since 864, when Charles the Bald was king of France. (Charles was Charlemagne's grandson). pic.twitter.com/QAwh5Qvj5O

Japan is home to a large portion of the companies listed, and can claim the top five oldest corporations, with Kongo Gumi, a Japanese construction company, topping the list with 1,442 years in business.

With Ireland slowly easing lockdown restrictions, Seán's Bar will be back to continue its 1,120-year-old tradition of serving customers later this month-- you can begin planning your trip on the bar's website here.

The French History Podcast names Seán's Bar as the oldest pub in the world, followed shortly after by The Bingly Arms in the UK, which was established three years later; they are the only two pubs on the list, with hotels making up a quarter of the 32 oldest companies in the world.

The podcast is hosted in English by PHD candidate Gary Girod, and presents a history of France spanning over 3 million years. To find out more or to listen to an episode, you can find the podcast on Spotify here.

Meanwhile, the top 10 oldest companies in the world is as follows:

Tragedy as elderly woman, 90, killed in crash in County Westmeath